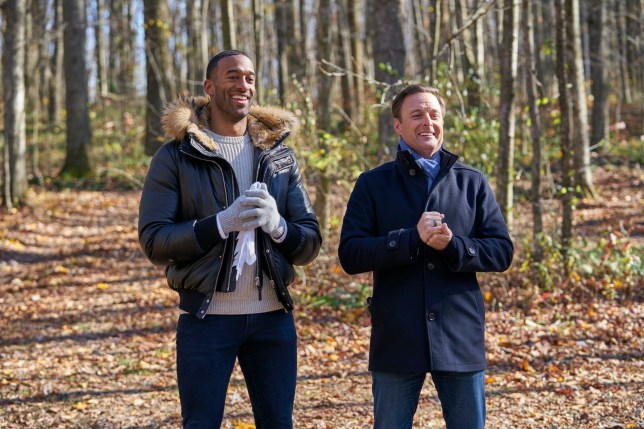 Chris Harrison may struggle to recover from the ‘catastrophic’ (Picture: Craig Sjodin/ABC/Getty Images)

The backlash against The Bachelor host Chris Harrison’s comments amid the Rachael Kirkconnell racism row is predicted to cause ‘catastrophic long-term damage’ to the TV star’s career.

The beloved host of the show has been the face of ABC’s hit dating series since 2002, however, there have been calls for Harrison to be fired from his role after he made comments that ‘perpetuated racism’ during an interview with Bachelorette alum Rachel Lindsay.

Indeed, Matt James’ season of the Bachelor – in which he made history as the first Black male lead – has been making headlines for all the wrong reasons after Harrison was forced to ‘step away’ from his presenting duties after making an apology for his actions.

Eric Schiffer, CEO of Reputation Management Consultants, told Metro.co.uk:  ‘Chris Harrison’s defense of Rachael Kirkconnel’s “racist” circumstances may cause catastrophic long-term damage to his career with fans and those who feel his apology later were carefully crafted out of fear of getting shot in cold blood by Disney’s high standard for empathy on diversity.

‘The entire Bachelor franchise has already been deemed a cultural mess in terms of diversity, so Harrison’s comments add rocket-powered fuel to the Bachelor’s massive dumpster fire.’

The PR expert stated that Harrison’s apology might not have done the job with Bachelor Nation as he continued: ‘Many fans may see his apology as totally fake and written by his crisis experts, which only hurts his credibility.’ 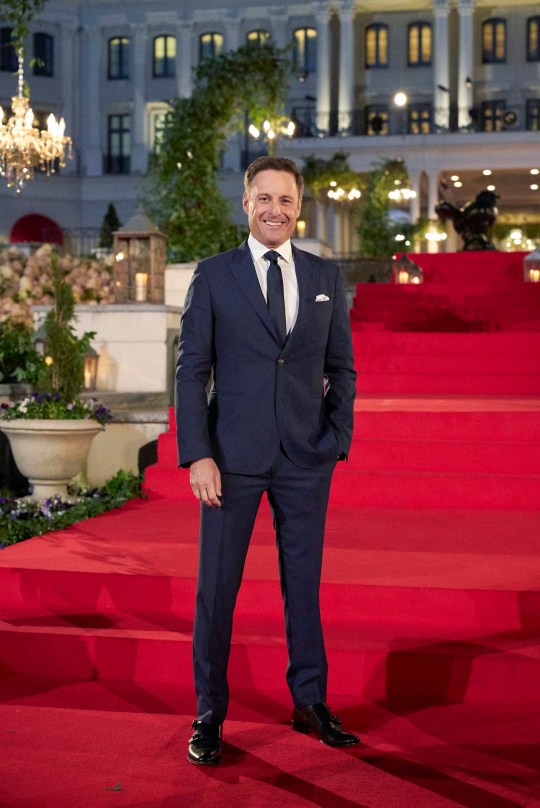 Chris has been the host since 2002 but fans were disappointed by his recent comments about Rachael Kirkconnell and racism (Picture: ABC via Getty Images)

However, the crisis management expert admitted that all is not lost for Harrison to make a comeback with the franchise,

Schiffer continued: ‘There is a chance for Harrison to make a comeback with time as a more informed and authentic individual.  Harrison will get his day of reckoning.

‘I expect that Harrison’s career won’t blow up into tiny bits glowing across the Disney Kingdom. He will survive and be a better man because of it.’

The PR expert insisted that changes would need to happen throughout all levels of the show in order to avoid a similar scandal in the future as he warned: ‘The show needs deeper vetting systems to keep out contestants that invite negative nuclear reactions with their audience.’

Harrison came under fire from fans after making disappointing comments while trying to ‘defend’ contestant Kirkconnell when she was accused of racist actions in the past.

The scandal began when photos emerged of Rachael in attendance at a ‘plantation-themed fraternity party’ in 2018, while she has also been accused of bullying an old schoolmate for dating a Black man.

She has since apologized, calling her actions – which also included liking post that included Confederate flags and MAGA items in the background – ‘racist and offensive’.

Harrison had been attempting to dismiss the backlash she was facing and claimed the contestant was being ‘thrown to the wolves’ before fan reaction to his comments led him to apologize.

In his apology, Harrison confirmed he would not be hosting the live After the Final Rose special when the season ends.

The Bachelor airs Mondays on ABC in the US, and is available to stream on hayu in the UK.