Leaving their drama behind? The Bachelor exes Matt James and Rachael Kirkconnell reconnected in California after he was accused of seeing another woman behind her back.

The real estate broker, 29, and the graphic designer, 24, were spotted hanging out in Santa Monica on Saturday, April 24, in photos published by TMZ. The pair went to JuneShine bar with friends and were seen chatting and walking around the city as he carried a skateboard. 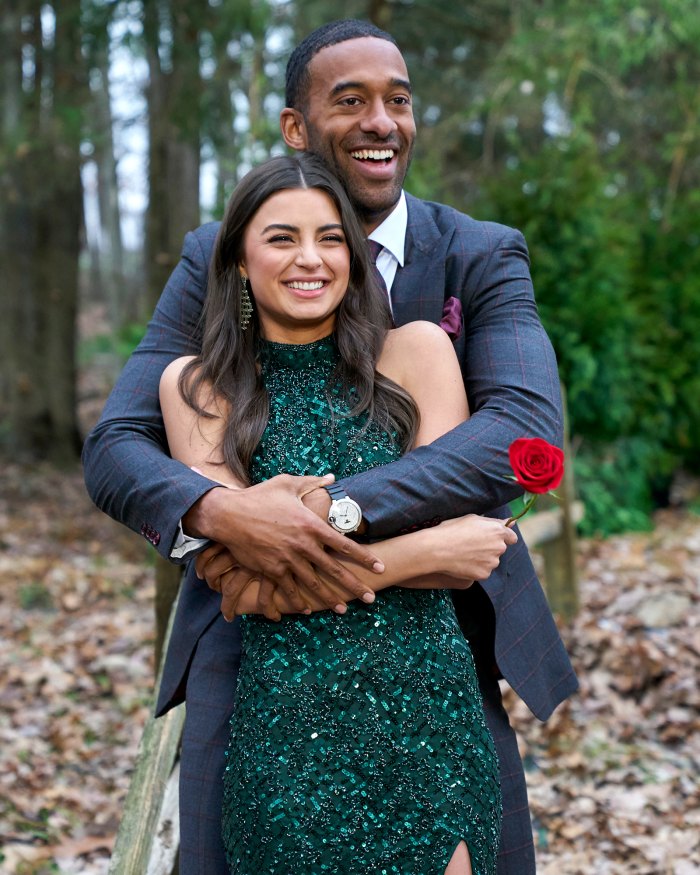 James wore a blue Los Angeles Rams hoodie, shorts, dark sunglasses and a black baseball cap for the outing, while Kirkconnell sported a black oversized sweatshirt and a matching face mask amid the coronavirus pandemic.

The former Bachelor gave his final rose to the Georgia native during season 25, but the two opted not to get engaged. By the time After the Final Rose aired in March, they had split following accusations of past racism on her part. She apologized publicly prior to the finale, but he seemed unreceptive to a reconciliation at the time.

Us Weekly confirmed on April 8 that James and Kirkconnell were spending time together in New York City but were not back together. “She reached out to Matt to see if he would be open to meeting with her,” a source told Us at the time. “They’ve been communicating this whole time and she’s been updating him on how she’s been educating herself.”

Later that week, an insider revealed that there was “a big miscommunication” between the former couple, noting that the North Carolina native “was not looking for a romantic relationship with Rachael.”

A second source told Us that Kirkconnell learned James was “talking to another girl” while visiting him in New York. “Rachael is very emotional right now because she was very hopeful that things were going to work out. She’s still trying to process this,” the source said, adding that they had “been working on their relationship privately over the past few months and taking the next steps to get back together.”

A woman named Grace alleged in an April 9 Instagram Live that she was seeing James during Kirkconnell’s stay. An insider revealed that Kirkconnell was “very hurt” and felt “manipulated” after hearing Grace’s claims.

James and Kirkconnell were not in a good place earlier this month amid the fallout. “Rachael and Matt are on non-speaking terms after she learned about him lying about being in communication with another girl,” a source told Us. “He was in Atlanta this weekend, which is less than an hour away from where Rachael resides, and he has not reached out to her to make amends or apologize. As far as she’s concerned, what they had is in the past now.”