THE awkward moment Ricky Gervais had to ask a random woman engrossed in her book to move out of shot while filming After Life has been caught on camera.

The 59-year-old comic approached the member of the public as he got to work on season three of the Netflix hit in Hampstead Heath today. 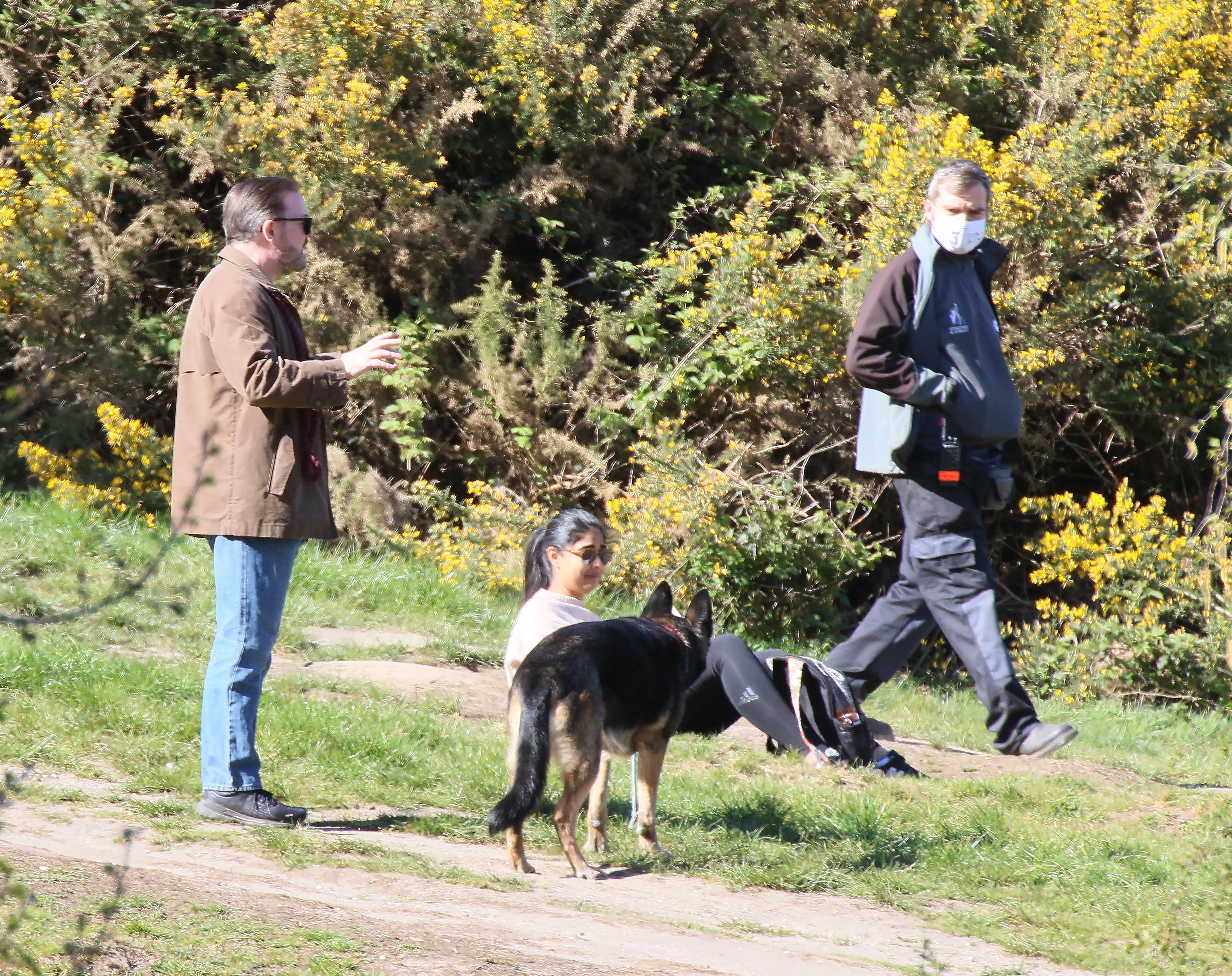 An onlooker said that the woman was “unimpressed” as she got up and walked away after being approached by Ricky.

She’d been making the most of the sunny weather as she lay on the grass to read while dressed in sportswear.

She was not involved in production for the show in any way, and Ricky had to ask her to relocate so that they could get the shot.

The star is the show’s writer and also plays main character Tony, with Ricky joined by German Shepard Anti – who plays Tony’s pooch Brandy in the show – for the confrontation. 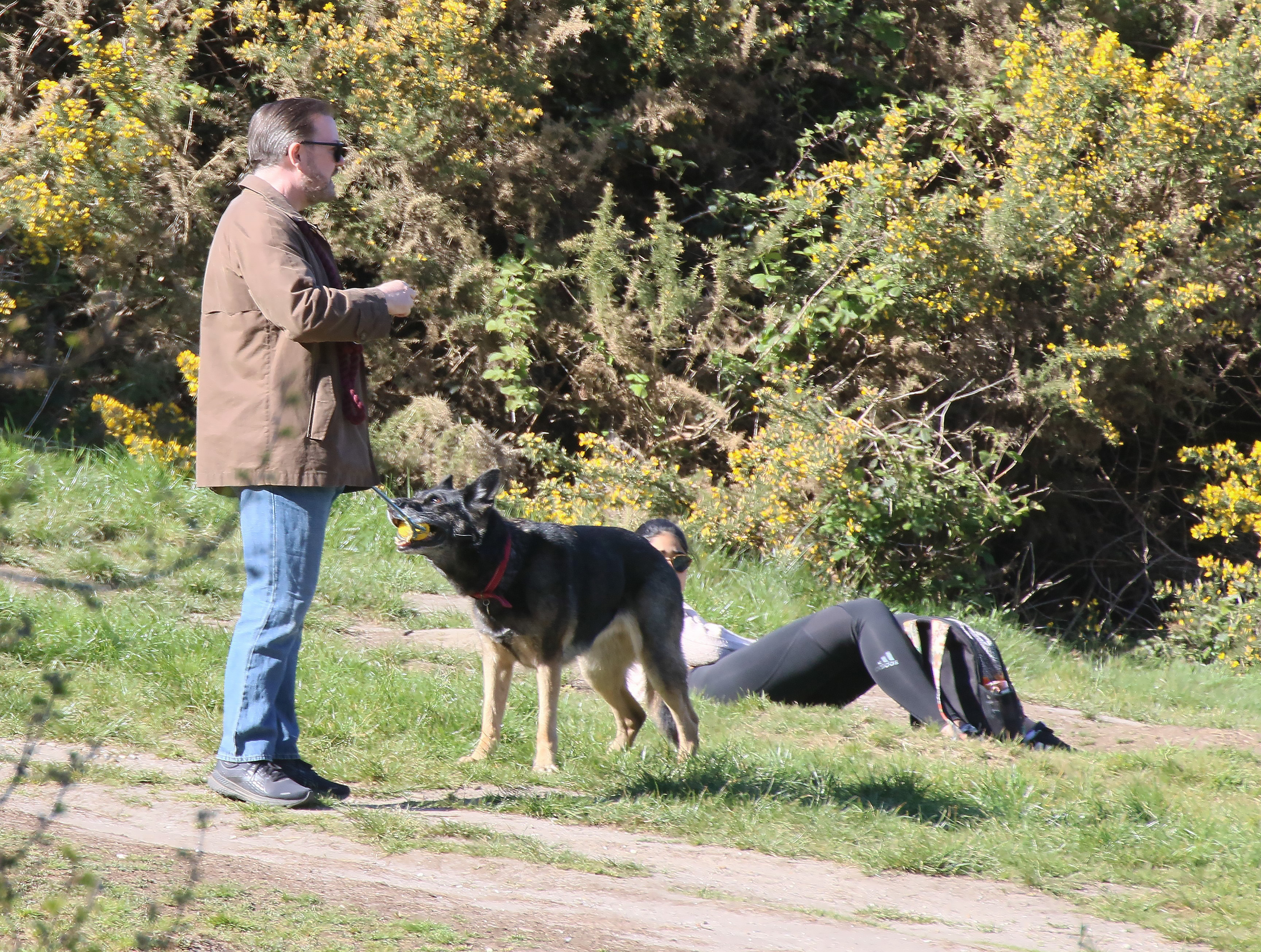 She’d been enjoying the sunshine by reading in Hampstead HeathCredit: James Curley 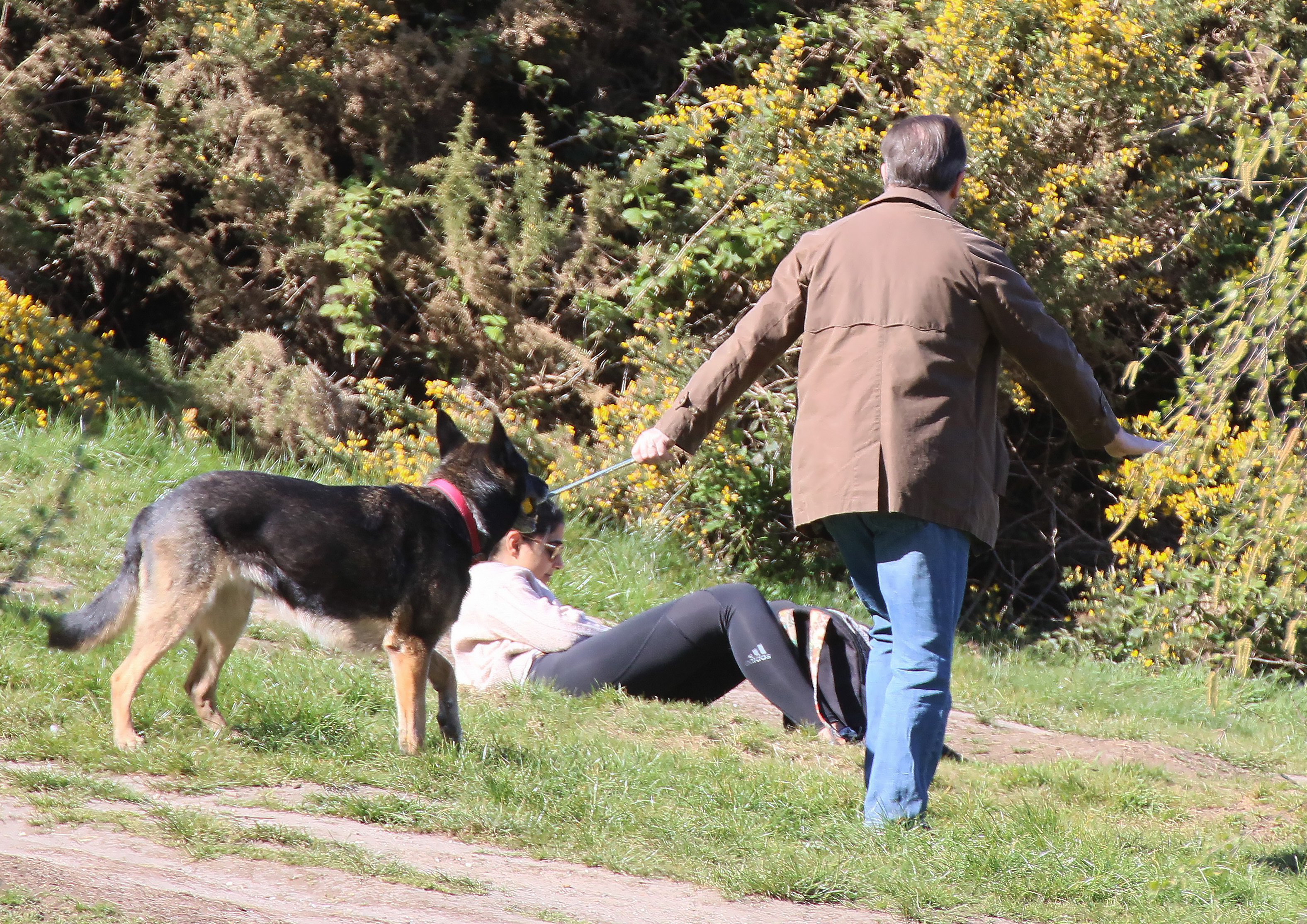 Ricky approached and asked her to get out of the shotCredit: James Curley 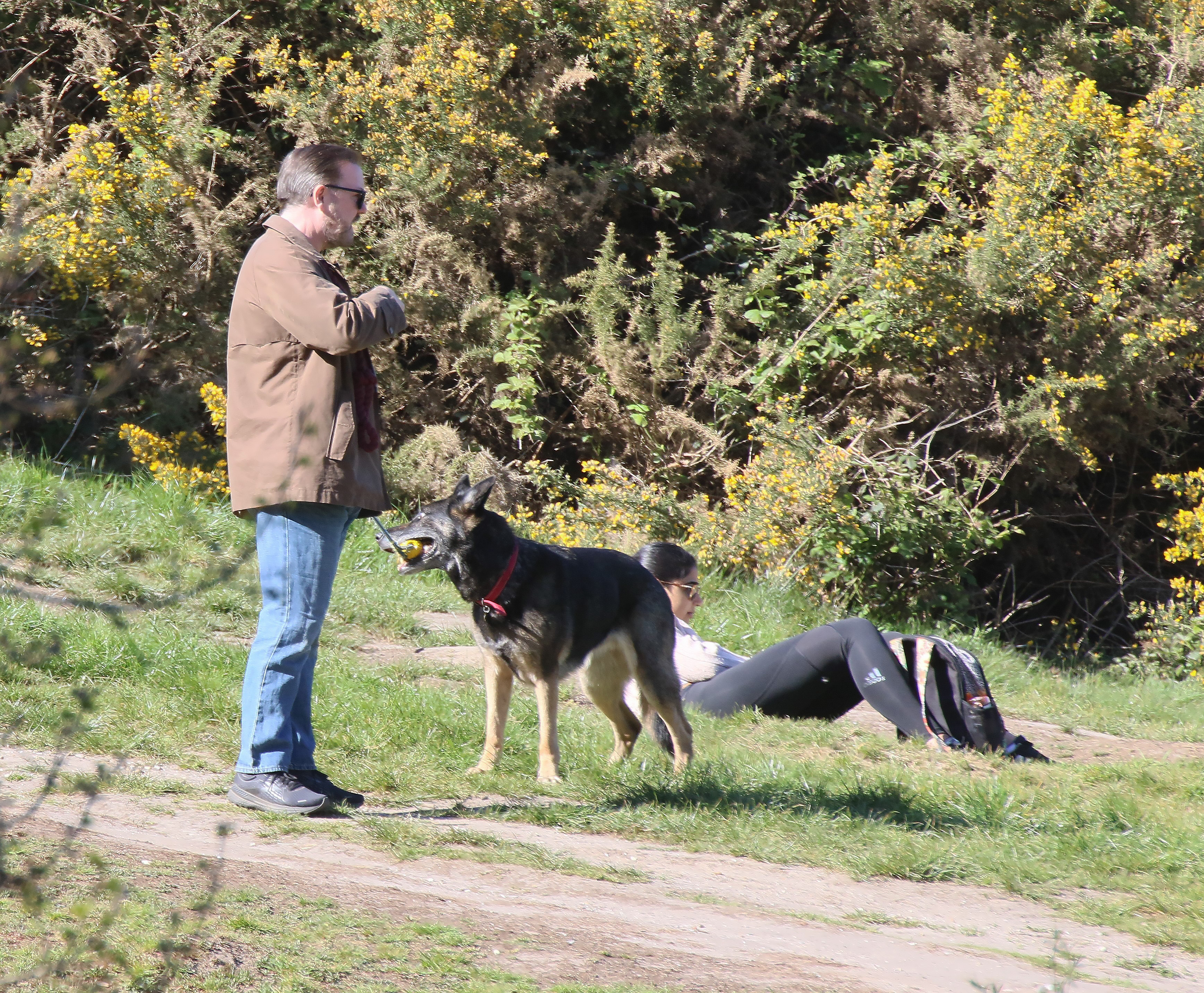 The woman was said to be unimpressed as she packed up her thingsCredit: James Curley

Once the woman packed up her belongings and left, filming got underway – with the third and final season of the show expected to hit Netflix later this year.

The incident comes just days after Richard Madeley was led away by security after accidentally gatecrashing the show’s set.

Even though it had been closed off to the public, the 64-year-old star appeared to miss the warning signs and drove down the street. 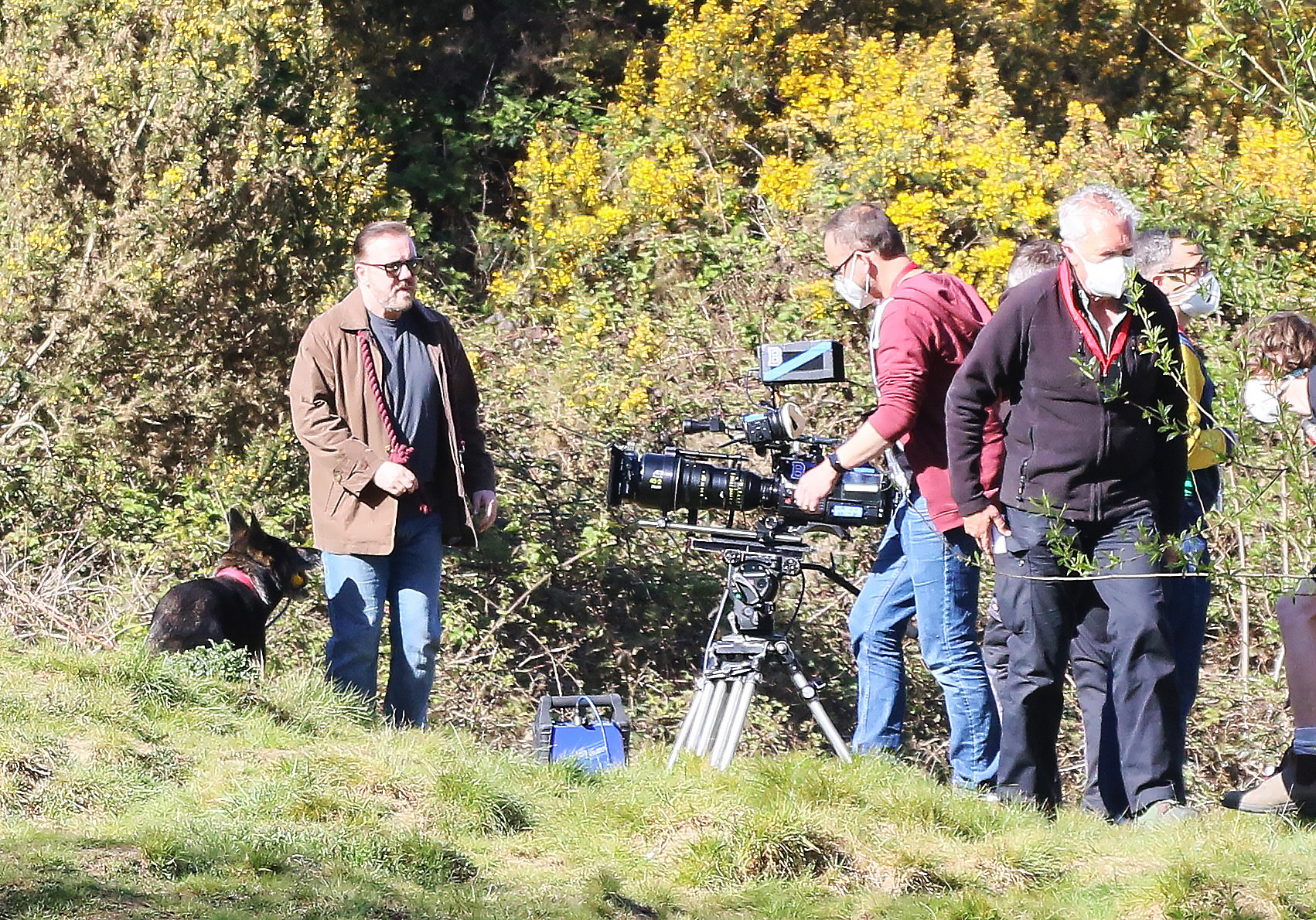 Filming then got underwayCredit: James Curley 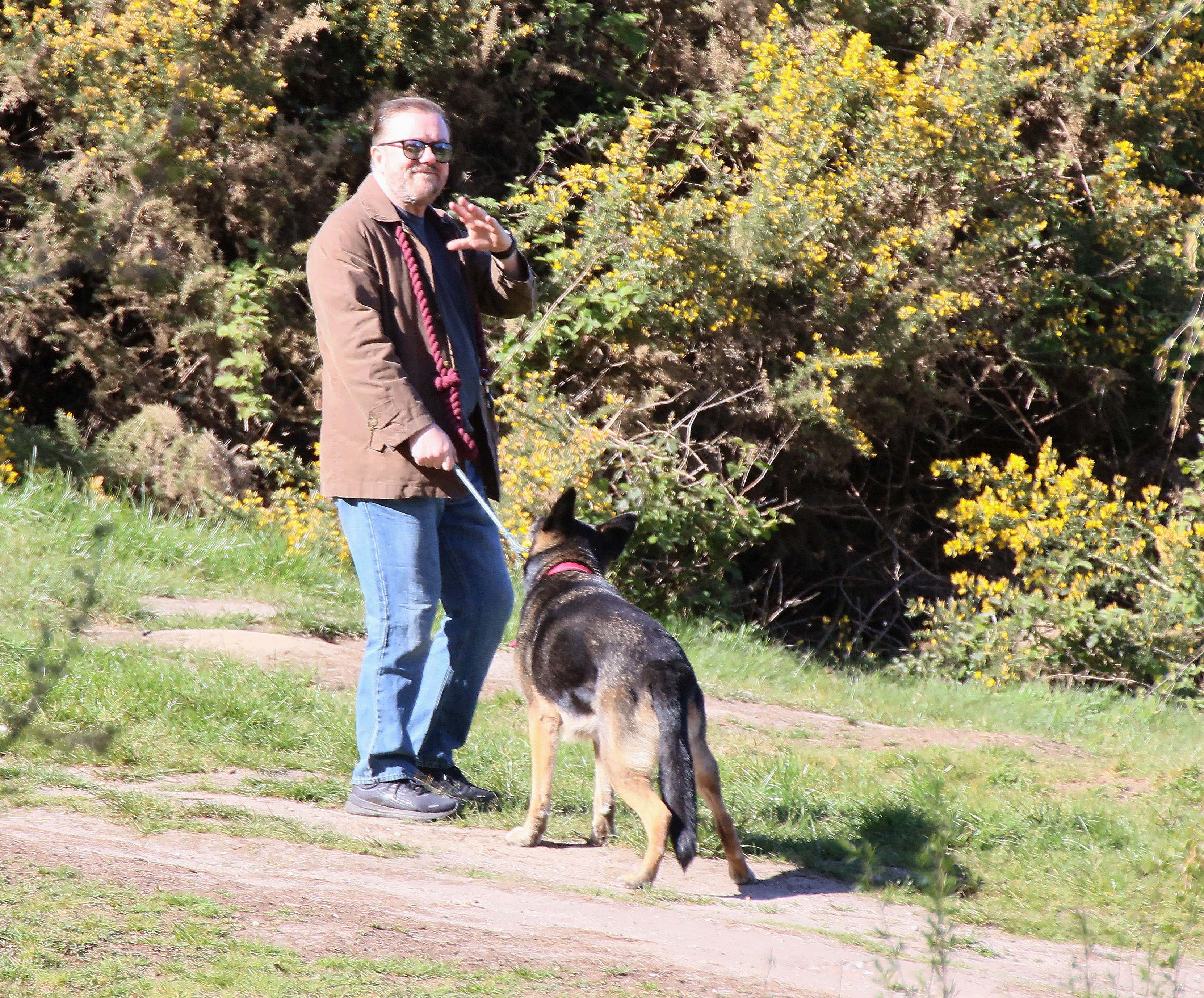 He was joined on set by pooch Anti, who is called Brandy in the seriesCredit: James Curley

He even attempted to get a table at a restaurant, which he thought was open for business.

After Life first came to the streaming service in March 2019, with a second series last April.

It follows Tony as he tries to come to terms with the death of his beloved wife Lisa, with the dark comedy shot touching on emotional topics such as suicide and depression.

The third season of After Life will be the last, Ricky has confirmed

Before he’d even finished the script for the upcoming series, Ricky had confirmed that there wouldn’t be another.

He explained at the time: “It’s tempting but… there’s an old saying that ‘to lead the orchestra, you’ve got to turn your back on the audience’.

“That’s true. The audience think they want another one, but they’re not sure. So you’ve got to be careful.”