Out on the town! Ashley Olsen and her boyfriend, Louis Eisner, stepped out for a rare date night in New York City on Sunday, March 14.

The Full House alum, 34, and the Still House Group artist, 32, enjoyed an outdoor double date with pals in accordance with COVID-19 health guidelines. In photos published by the Daily Mail on Tuesday, March 16, Olsen bundled up in a tan trench coat and slung a black scarf around her neck. Eisner reached for his partner’s hand as they strolled down the city streets, both wearing face masks to stay safe amid the pandemic.

The Row cofounder has been quietly dating Eisner since October 2017 following her five-month romance with financier Richard Sachs. Nearly two years into their relationship, Olsen and the California native sparked engagement rumors in July 2019 when the former child star was seen sporting a ring on her left hand. 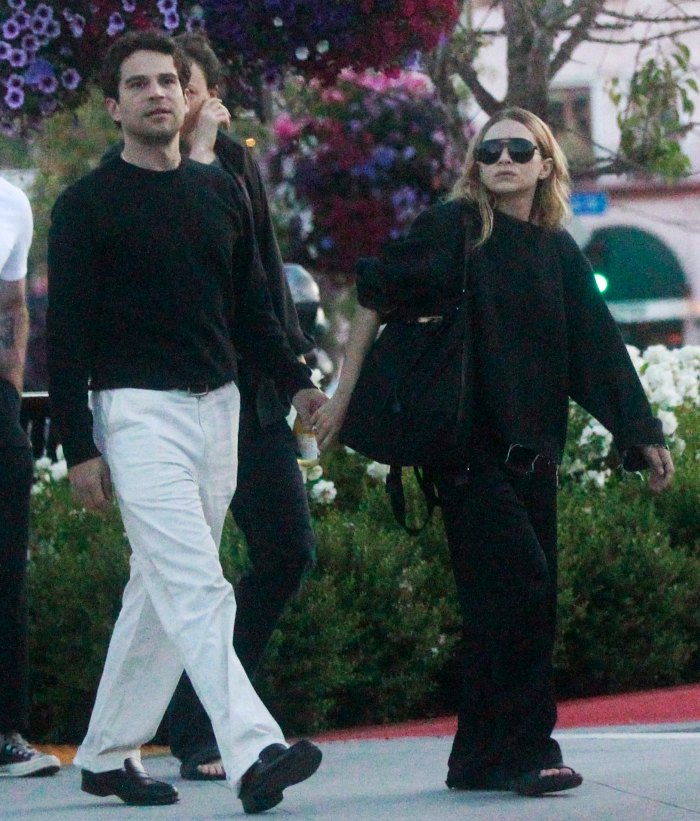 Despite spending a lifetime in the spotlight, Olsen has managed to keep her relationship relatively private. However, the same can’t be said for her twin sister, Mary-Kate Olsen, who went through a public divorce battle last year. Us Weekly confirmed in May 2020 that the 34-year-old Elizabeth and James designer submitted an emergency order to end her marriage to Olivier Sarkozy after tying the knot five years earlier.

While courts were at a standstill due to the coronavirus shutdown, a source told Us at the time that Mary-Kate expected her “ironclad prenup” to help ease the process. “Her business interests and fortune are protected,” the insider added of the New York Minute star, who has an estimated net worth of $500 million.

Nine months later, Mary-Kate and the French banker, 51, finalized their divorce. The duo reunited via Zoom in January for a virtual hearing to nail down the details of their separation.

“We’ve been working very hard and we appreciate the court’s time and the adjournments, and we do have a settlement,” the actress’ lawyer, Nancy Chemtob, noted at the time. “All issues are resolved.”

The style icon was spotted on a cozy night out with Brightwire CEO John Cooper one month after the judge signed off on her divorce. According to a source, the pair sparked a connection over their shared entrepreneurial spirits.

“He’s not affected by fame and fortune because he does well himself,” the insider told Us of the Florida native. “Business is attractive to him — if he’s doing well, he would want to date someone who is also doing well in their career.”