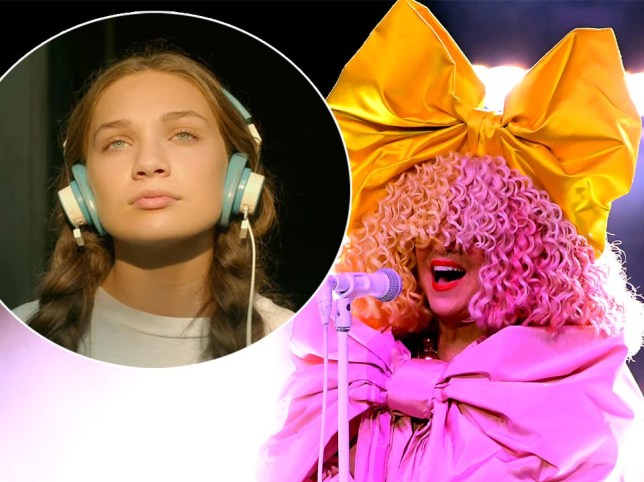 Like her costume, Maddie Zeigler will be able to remove her autism after a long day on set and continue to live her neurotypical life (Picture: Landay Entertainment / Getty

I was diagnosed with autism at the age of 10 but, to this day, I have never seen an autistic woman or girl in a TV show or movie.

So, while autistic boys had their Sheldon Coopers and their Raymond Babbitts, I have felt unrepresented on screen. Surely, then, singer-songwriter Sia’s upcoming Music – a mainstream film which features an autistic female protagonist – should be considered an enormous win for the disability rights movement?

Unfortunately, by giving this landmark role to a neurotypical actress, the opposite is true.

Like her costume, Maddie Zeigler will be able to remove her autism after a long day on set and continue to live her neurotypical life. People on the autism spectrum can’t do that.

When I’m having a meltdown or experiencing sensory overload, I can’t just take my autistic costume off. I have to live with it.

Zeigler’s lack of lived experience with autism means that her portrayal of the condition will be limited, and this much is clear from the trailer. While she earnestly tries to do justice to the part of a non-verbal autistic girl, what she delivers amounts to an offensive and upsetting caricature of the condition.

This caricature will then be taken by many to be fact because, with representation of autistic women on screen being so sparse, what else have audiences got to compare it to? Sia had the opportunity to craft a whole new forward-thinking narrative for autistic girls, but she instead chose to pigeonhole them with a shallow character with which neurotypical people will use to define them for years to come.

The trailer itself – which is littered with loud music, acid-bright colours and people leaping around – is a sensory overload waiting to happen. This makes it near-unwatchable for an autistic audience.

Tweeting her justification for not casting an autistic lead character, Sia said that she had tried working with a non-verbal girl on the spectrum, but that the actress had found it ‘unpleasant and stressful’ and that it would be ‘cruel, not kind’ to cast someone with a similar level of functioning.

What this actually translates to, is that it’s too difficult for Sia and her crew to make the necessary adjustments that would make the filming process easier for an autistic actress. What’s the point of making a movie raising awareness of autism when, at its core, you refuse to even consider the basic accessibility needed in your filming process that would allow a neurodivergent actress to come on board?

Acknowledging the barriers an autistic actress might face and then choosing to shut them out of an opportunity, rather than making it accessible, is discrimination at its ugliest. A study released this year showed that only 22% of disabled characters portrayed on screen in America, where Music was made, are played by disabled actors. One thing is for certain: we need to do better.

The problem with being neurodivergent is that you scarcely have control over your own story. Your experience is filtered through the neurotypical gaze, through which people coo about how ‘inspirational’ you are just for living your life.

I’m supposed to be grateful for this crumb of validation, but all it really does is remind me of how little autistic people are held in regard. It implies that my ability to exist or – daresay – thrive in a world that isn’t designed for my way of thinking, is unexpected.

Because I am ‘different’, the fact that I might struggle isn’t just accepted, it’s taken for granted – almost predetermined.

Instead of society adapting to make life for neurodivergent people easier, we are cast aside to rot, only to be lauded and coddled if we manage to push back hard enough against a system that works against us.

Women with autism have drawn even more of a short straw. The diagnostic model of autism is based on male characteristics which has led to such aberrations as only 8% of girls with autism being diagnosed before the age of six, compared to 25% of boys with the condition.

While half of all of boys with autism are diagnosed before they turn 11, this is true of only a fifth of girls with the condition. I was only diagnosed when I was 10 because my parents pushed for it after my brother’s diagnosis.

Sia’s response to the film’s backlash, which included telling autistic Twitter users that they’re ‘probably bad actors’ for not getting cast in the film, isn’t just defensive: it’s ignorant. Surely if people from the community your project is about tell you that said project isn’t representing them accurately, you have an obligation to listen.

The fact that Sia failed on this hugely basic principle makes one thing clear: Music isn’t a film with autistic people at its heart. It merely amounts to a cynical attempt to exploit the autistic experience in order to make a quick buck and get a few pats on the back in the process.