The Harry Potter content has been catapulted from all angles (Picture: PA)

I was heartbroken when the final Harry Potter film was released in 2011.

Just like millions of others, I’d grown up obsessed with the Boy Wizard, completely enthralled in the series that occupied a good decade of our lives.

At the time, it almost felt like the stories would never end – until we sobbed in the cinema at the close of Deathly Hallows part two, and realised it would be our final ever glimpse into Hogwarts.

But I’m not sure we quite realised how wrong we were about that.

Cut to 2021, 10 years after the final film was released, and we’ve had mountains of post-book revelations from JK Rowling (including that Albus Dumbledore was gay despite his sexuality never being mentioned in the books) in between her incredibly disappointing views on transgender people.

We’ve had website Pottermore, which released a number of new chapters from the author, and some more baffling revelations about the Wizarding World (I’ll never forget the TMI about how wizards went to the loo before modern plumbing).

In 2016, we saw the theatre show Harry Potter and the Cursed Child, also written by Rowling, open in the West End, and the script released as an addition to the franchise (on top of the spin-off books Fantastic Beasts and Where to Find Them and The Tales of Beedle The Bard).

Lest we forget, we’ve had the spin-off movie, Fantastic Beasts and Where To Find them. And a sequel. And another coming in 2022. 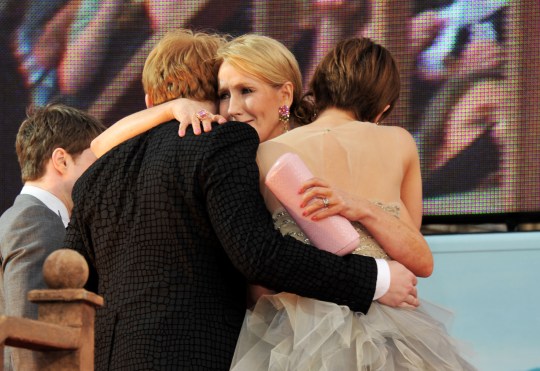 Rowling left us all in tears at the Deathly Hallows part two premiere (Picture: WireImage)

This year, it’s also been reported that a live-action Harry Potter series is on its way to HBO and finally, it’s just been announced that we’ve got two anniversary specials to look forward to to celebrate 20 years of Harry Potter.

Don’t get me wrong, I still love the series as much as the next millennial – but is it just me who’s getting kind of sick of it already?

Nostalgia is such a huge part of being able to return to franchises years later.

It’s been almost 20 years since the last episode of Friends aired, and only now are the gang getting back together for the highly-anticipated reunion, which will most likely leave us having a breakdown over hearing the theme song again.

There’s a good reason why everyone was heartbroken when the Lizzie McGuire reboot was cancelled – it’s been 18 years since we saw Hilary Duff in her career-making role. 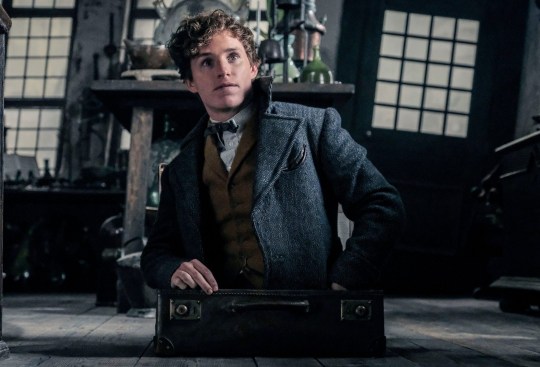 Even Girlmore Girls: A Year in the Life, which was objectively a terrible way to revisit the series, had us counting down the days because it had been a good 11 years since we’d last paid a visit to Stars Hollow.

But, 10 years on from the end of the Harry Potter franchise, we’ve been catapulted with content from every angle to the point that I can’t help wishing the films and books had just been left alone.

There’s definitely a desire from the fandom for the Harry Potter world to be revisited – but couldn’t it have been a few more years in the future, when we’ve all actually had a chance to actually miss it?

Wouldn’t it have been better if, 20 years on from the release of Deathly Hallows part two, we had the remake fans have always spoken about?

Maybe Daniel Radcliffe would have a cheeky cameo. Maybe Tom Felton would ditch his Slytherin robes and give the role of Dumbledore a go. Maybe it would be absolutely terrible – but I guarantee there would still be a massive part of us that loved it purely because of the nostalgia.

At this point, I don’t think we’ve had a long enough break from Potter to actually appreciate it anymore.

At the premiere of Deathly Hallows part two, Rowling left the world in tears when she told us that ‘Hogwarts will always be there to welcome you home’.

It’s a nice sentiment of course, but I reckon I’ll be taking quite the detour before I come back again.