Arlene Phillips has revealed that she turned down Strictly Come Dancing three times before Len Goodman convinced her to join.

The choreographer acted as a judge on the show from 2004 until being replaced by Alesha Dixon, but things were nearly very different.

Speaking on the Celebrity Search Engine podcast, the 78-year-old revealed what finally convinced her to join the BBC show.

Arlene said: ‘I said no three times. So I went to do this pilot, and Len Goodman was there, there was another kind of judge stand-in person, and there were some of the dancers we know, Anton [Du Beke] was there, Brendan [Cole] was there… it felt like chaos!

Arlene looked back on the programme and said: ‘It was one of the most exciting things I’ve done in my life.’ 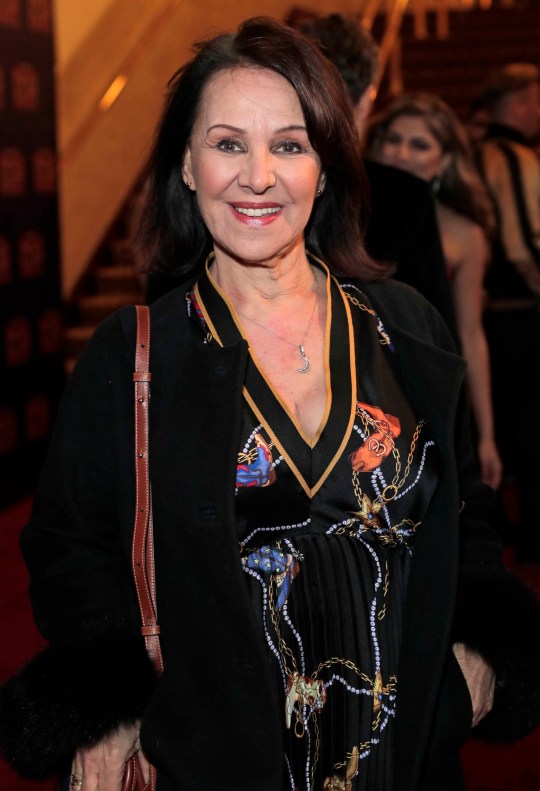 Arlene starred on the show until 2009 (Picture: David M. Benett/Dave Benett/Getty Images for The Prince of Egypt)

During the interview Arlene also spoke about the acclaimed Channel 4 drama series It’s A Sin, and discussed why she feels an affinity with character Jill Baxter, who was inspired by the activist Jill Nalder.

The Russell T. Davies drama sees Jill loses several friends during the AIDS crisis in the 1980s, and Arlene saw similarities between Jill’s experience and her own life.

She said: ‘I have long hidden away all of the things that I went through during the AIDS crisis.

It’s a Sin won over viewers and critics earlier this year (Picture: Channel 4)

‘And even at the start of it when people didn’t know its name, I was working on a movie called Can’t Stop The Music with The Village People in LA, and the legendary producer Allan Carr.

‘And our writer got sick, the photographer got sick, people were getting sick, and nobody knew. They would kind of go in and out of hospital, strange markings on their arms.’

Meanwhile, Arlene launched an investigation into why she was axed from Strictly Come Dancing last year.

The judge stood down from the panel back in 2008 and was later replaced by Alesha, prompting an ageism row. The BBC firmly denied these claims.

At the time of Arlene’s departure, then equality Minister Harriet Harman called for the judge to be reinstated on the panel, said she might be a victim of ‘age discrimination’

The BBC denied ageism was a factor in the changes to the show’s line-up.

Strictly Come Dancing is expected to return to the BBC later this year.