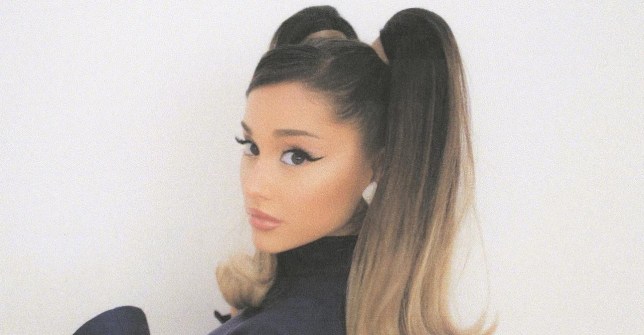 Ariana Grande intended to go full throttle on her sexy new single 34+35 and reveals she asked her creative team for the ‘dirtiest’ lyrics possible.

Fans have been pressing replay on 34+35 which features on Ariana’s new album Positions and details her favourite positions in the bedroom.

Sharing an insight into the writing process for the steamy track, Ariana told Zach Sang on his show: ‘I just think it’s ridiculous, so funny and stupid. We heard the strings that sounded so Disney and orchestral, and full and pure.

‘And I was just like, “Yo, what’s the dirtiest possible, most opposing lyric that we could write to this?”’

The lines in question include: ‘Baby, you might need a seatbelt when I ride it / I’ma leave it open like a door, come inside it / Even though I’m wifey, you can hit it like a side chick.’

She also sings: ‘Got the neighbours yellin’ “Earthquake!” 4.5 when I make the bed shake.’

Ariana, 27, reveals the ‘earthquake’ line was based on a real earthquake that happened in Los Angeles last year.

The track might be one of Ariana’s favourite on Positions but she admits to having reservations about it initially.

She explained: ‘The thing about this song, that has been my fear since the beginning, is that it would distract from the vulnerability and the sweetness that is the rest of the album

‘It’s just a fun song, and it deserves a home on the album for sure. I think that everything I do has a little bit of humour, and the people know that I’m not really sitting here ’til dawn.

‘I’ve been very nervous about this one but I do love it, and sonically it’s one of my favourite things we’ve ever done.’

The Thank U, Next singer also explained that she has no plans to tour the album until 2022 due to the ongoing coronavirus pandemic.

Ariana said: ‘I don’t think people are going to be touring until 2022. I don’t see it as a possibility. I wouldn’t feel safe, and I don’t want to put my fans in danger.

‘I just got off of tour last year. I kind of liked doing Sweetener and Thank U, Next and then touring both together. Maybe after the next one happens, which will not be soon, and the pandemic sorts itself out, maybe that would be a good time to start thinking about it.’