ANOTHER Antiques Roadshow guest was left speechless when she was told the value of their precious belongings durng last night’s episode.

In the last segment of the BBC show, jewellery expert Benjamin John got very excited about a “worthless” necklace collection that belonged to one of the contestants. 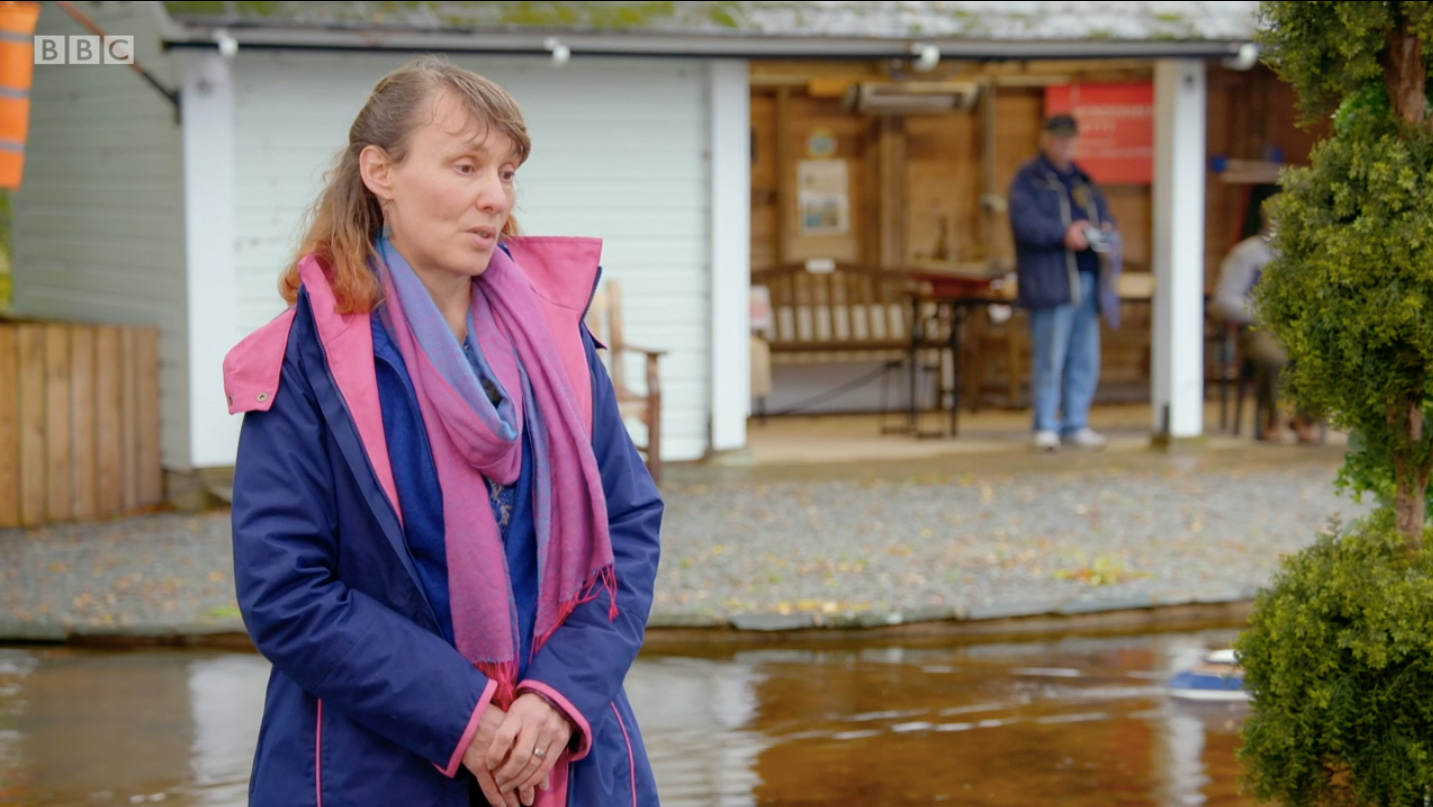 Benjamin asked her to explain a little bit about how she got her hands on the stunning pieces.

The guest explained that they had been passed down to her from her great grandmother, a woman who loved to design her own arts and crafts.

She told the expert: “I’m led to believe that he pendant was designed for her.

“She and her husband designed a lot of stuff themselves. She did amazing embroidery…” 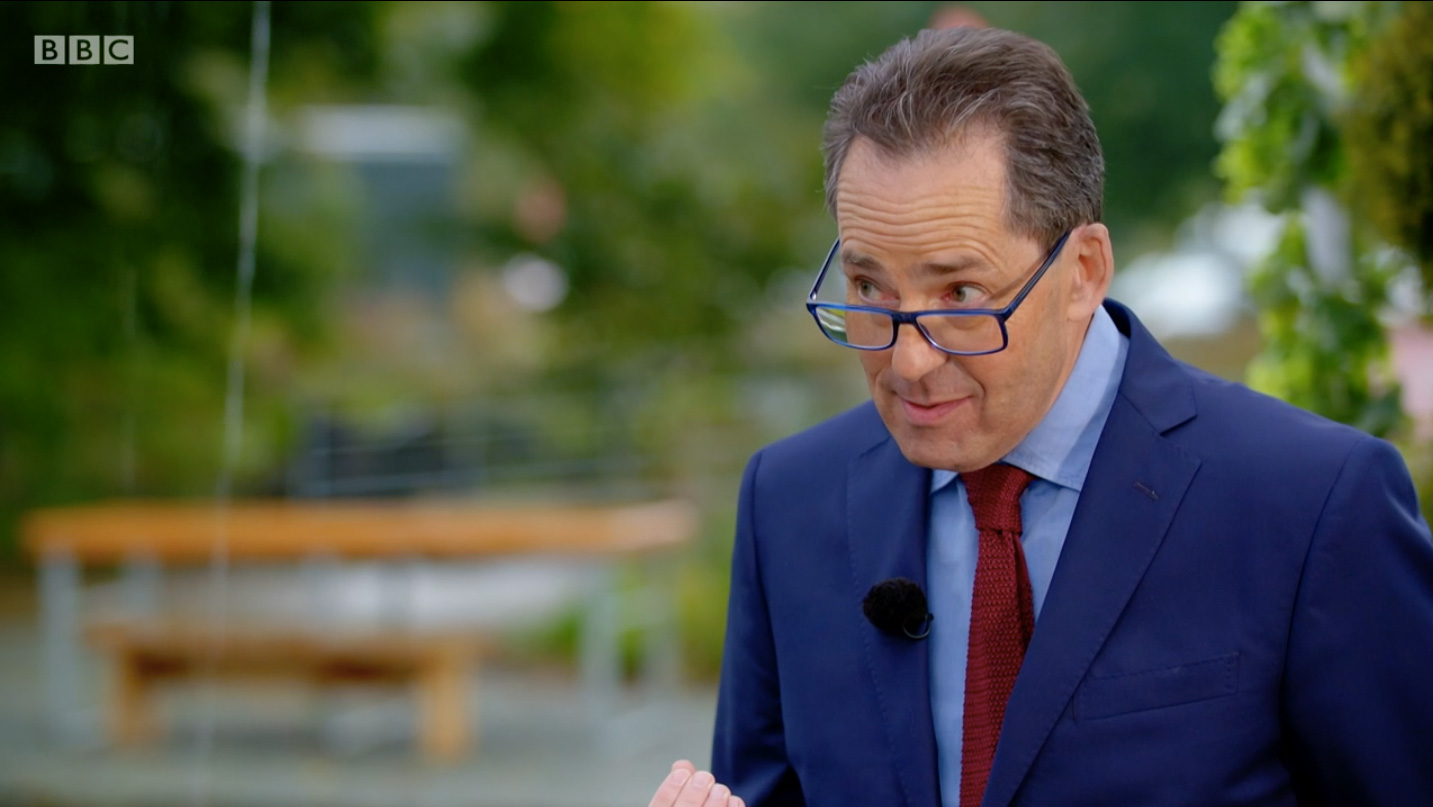 Jewellery expert Benjamin John was very interested in her collection

Benjamin couldn’t contain his excitement and butted in by saying: “There is a craftsman, a very important jewellery craftsman called John Paul Cooper… This is the person who I think we’re talking bout here.

He continued: “John Paul Cooper specialised in this kind of very very small bits of workmanship. Unfortunately I’ve had a look at the piece and there’s no signature.

“So we can’t state for certain that it’s definitely by John Paul Cooper, but I would like to think that the style of it is very much is own.”

He explained that his signature designs often had bunches of grapes, pale blue stones and natural peals – and this is exactly what they necklace had. 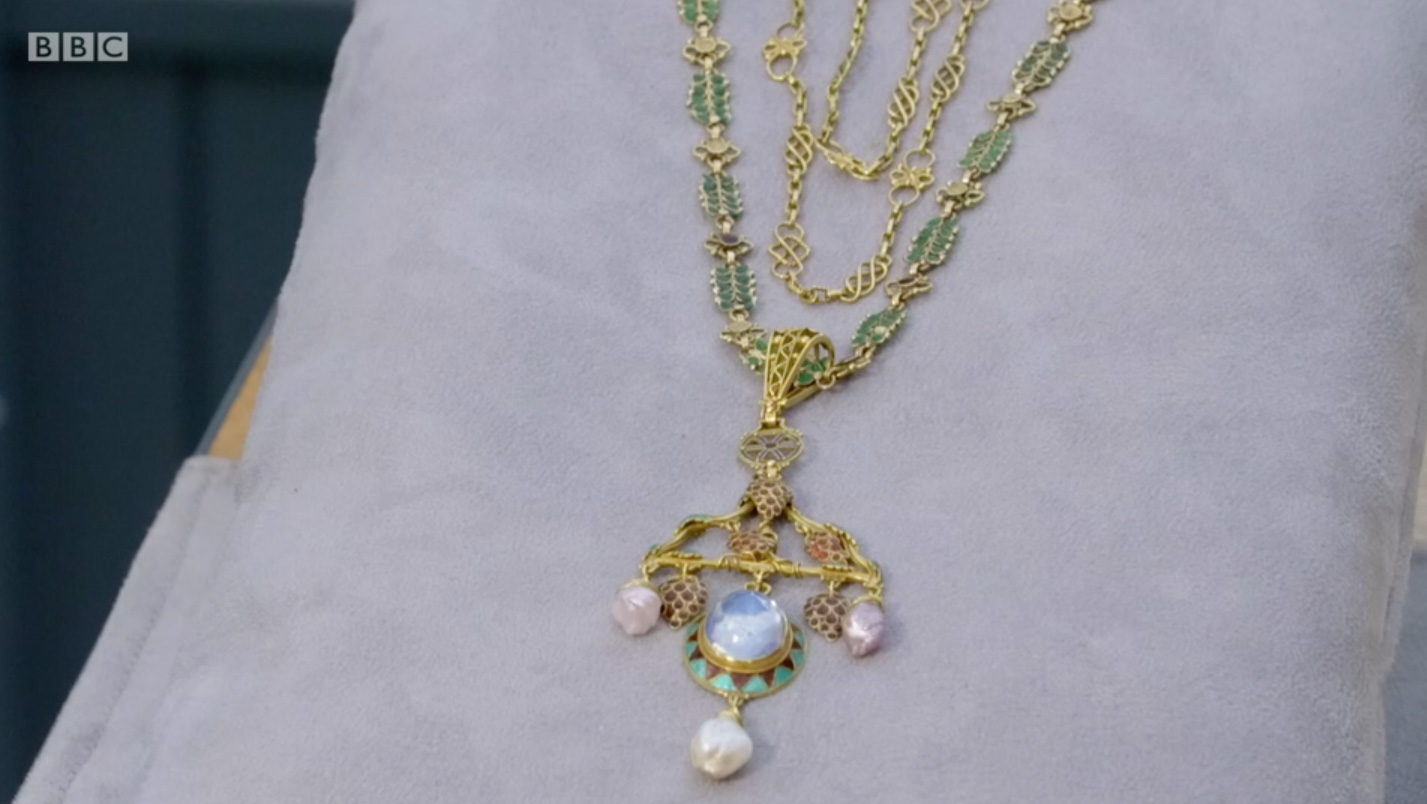 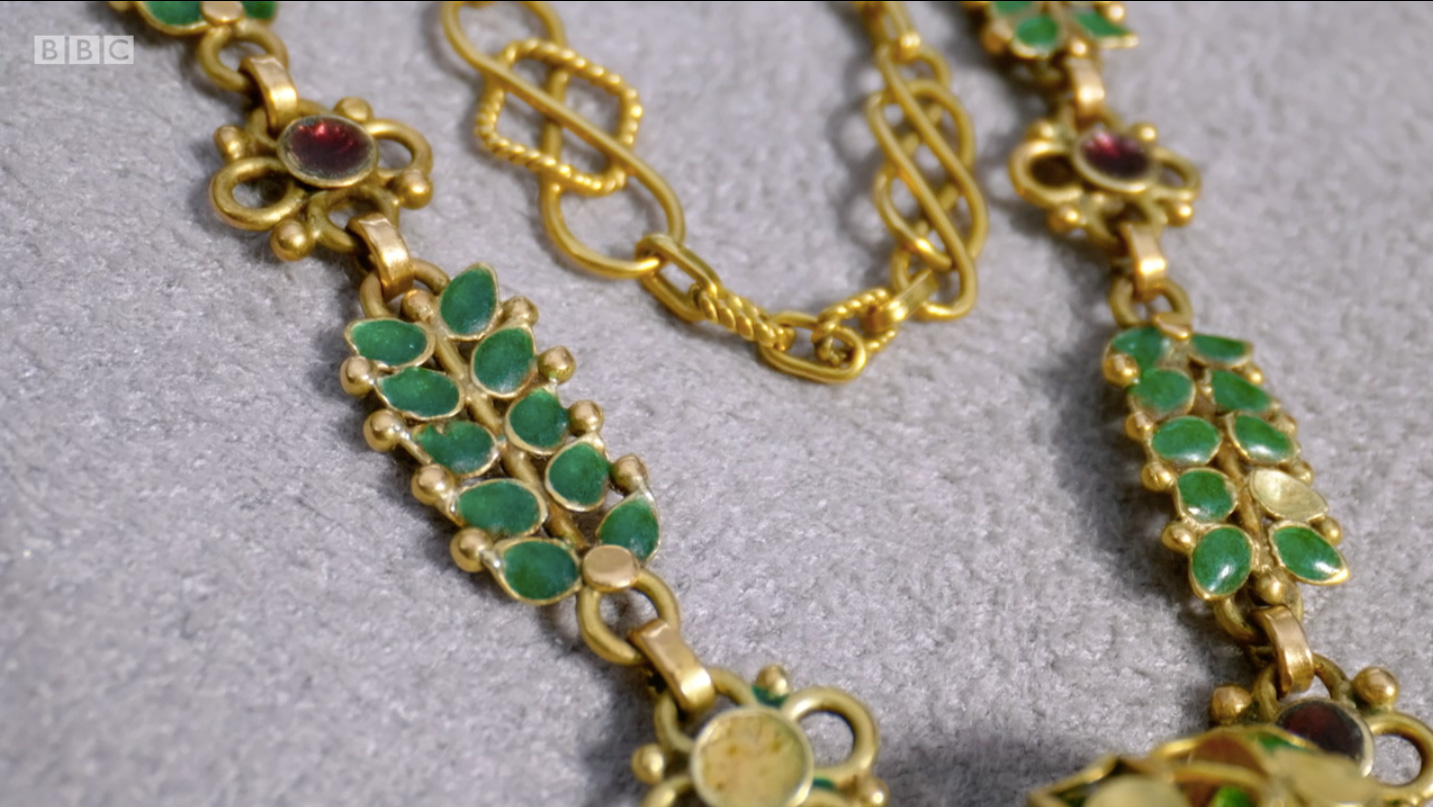 The piece has some really stunning features

Benjamin then moved onto the second next necklace.

The guest explained: “I was given that when I turned 18 by my grandmother and it had been made for her when she had turned 21.”

Benjamin replied: “This is a really important piece of jewellery.”

She nervously giggled: Oh, ok… It belongs to my daughter now.” 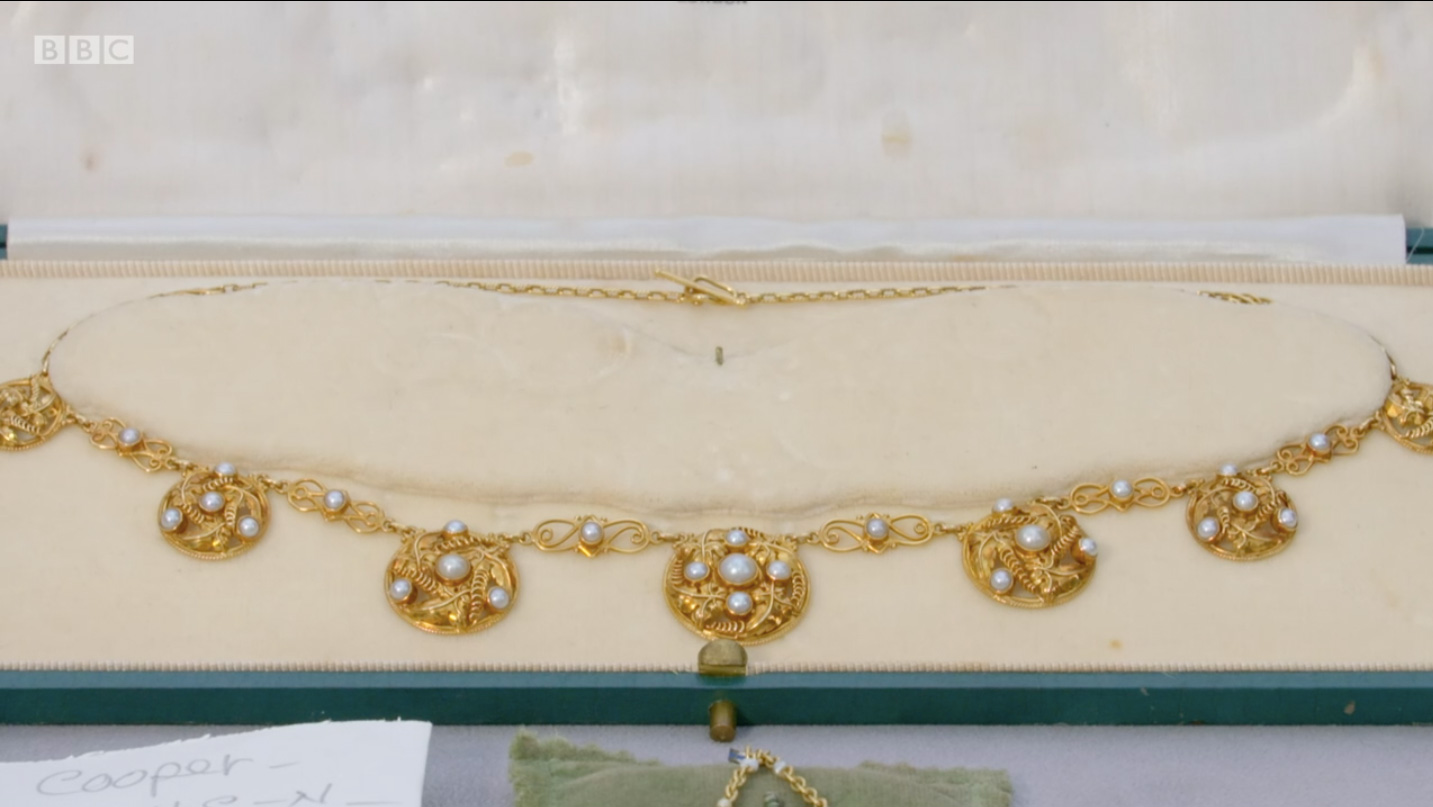 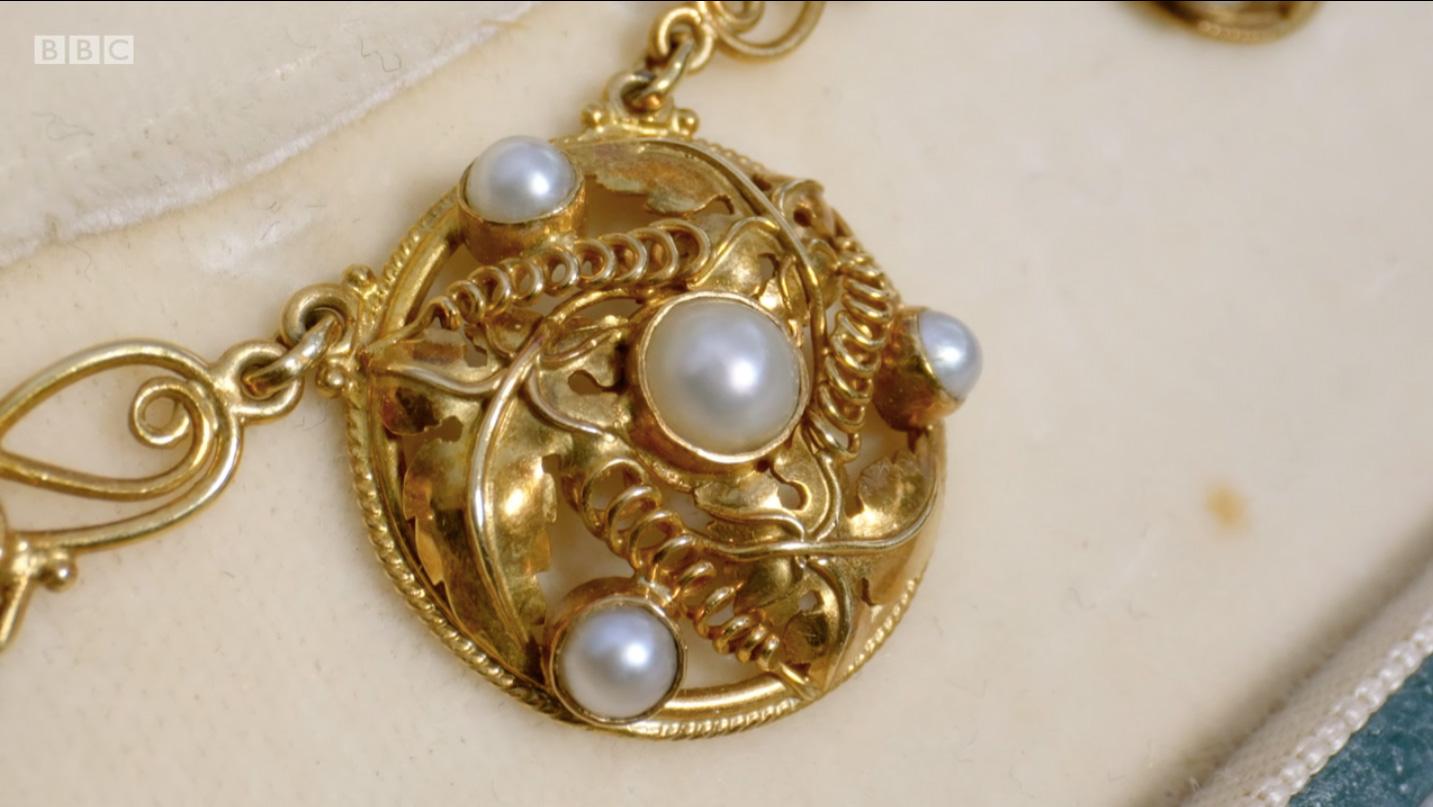 The jewellery expert told her that the necklace was made by a craftsman called Harry George Murphy and because he had signed it, it was even more valuable.

“I’ve come all the way up to Windermere and here it is in front of me. I’m absolutely thrilled, thank you.” 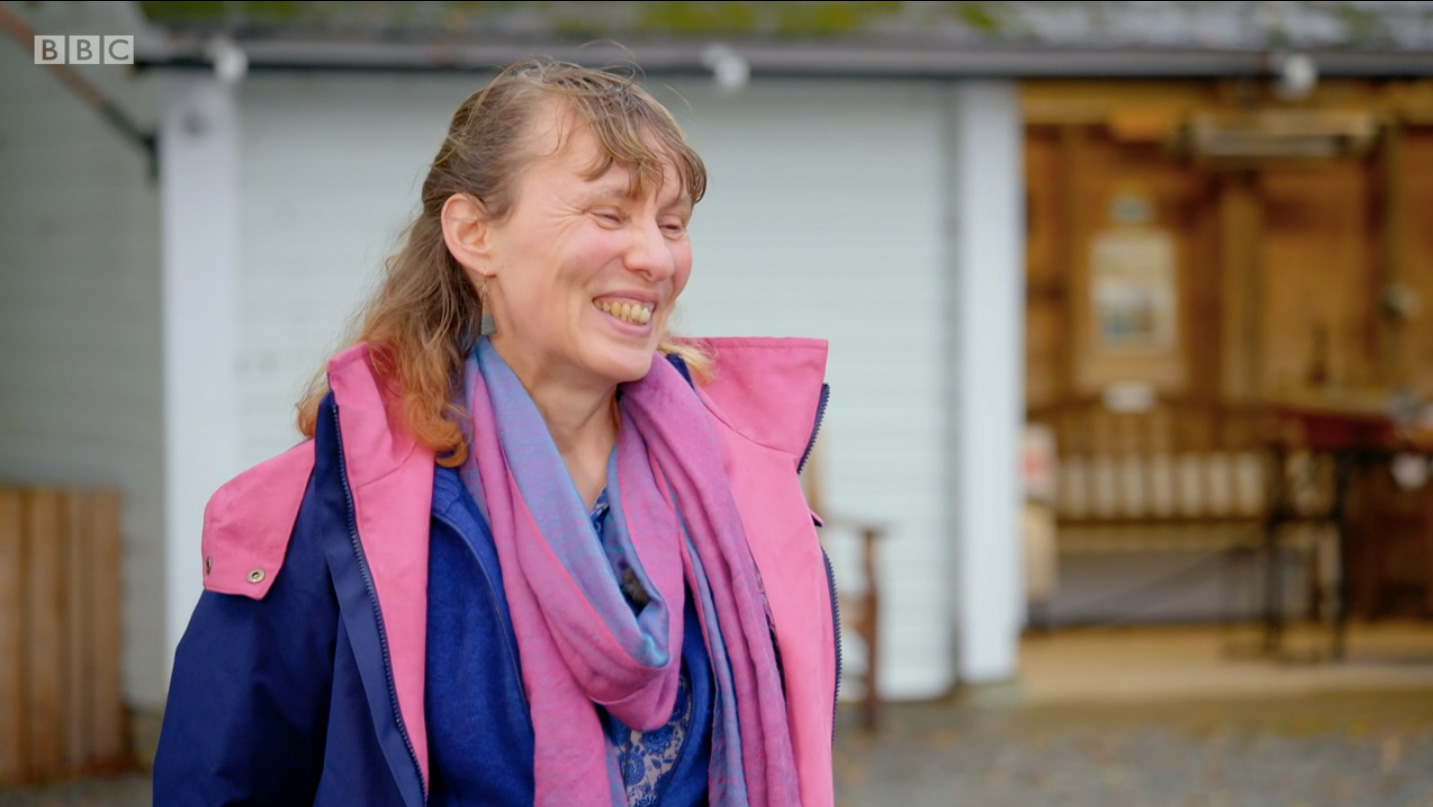 But not everybody’s time on the show has been as successful.

One woman was shocked for all the wrong reasons when she found out a family heirloom was outed as fake last week.

The guest brought in three oil paintings to be evaluated by expert Dendy Easton and was told one of them wasn’t what she thought it was.

Meanwhile a man was left gobsmacked by true value of some rare glass bottles found in the back of his cupboard.

Antiques Roadshow airs on Sundays on BBC One and is available on BBC iPlayer.