ANTHONY JOSHUA has Andy Ruiz Jr on the Spurs subs’ bench again in case his bout with Oleksandr Usyk collapses.

Watford’s WBA, IBF and WBO champ is set to face his Ukrainian mandatory challenger in London in September, after his undisputed clash with Tyson Fury was snatched away.

Anthony Joshua has a third fight with Andy Ruiz Jr as a back-up planCredit: Instagram / @anthonyjoshua 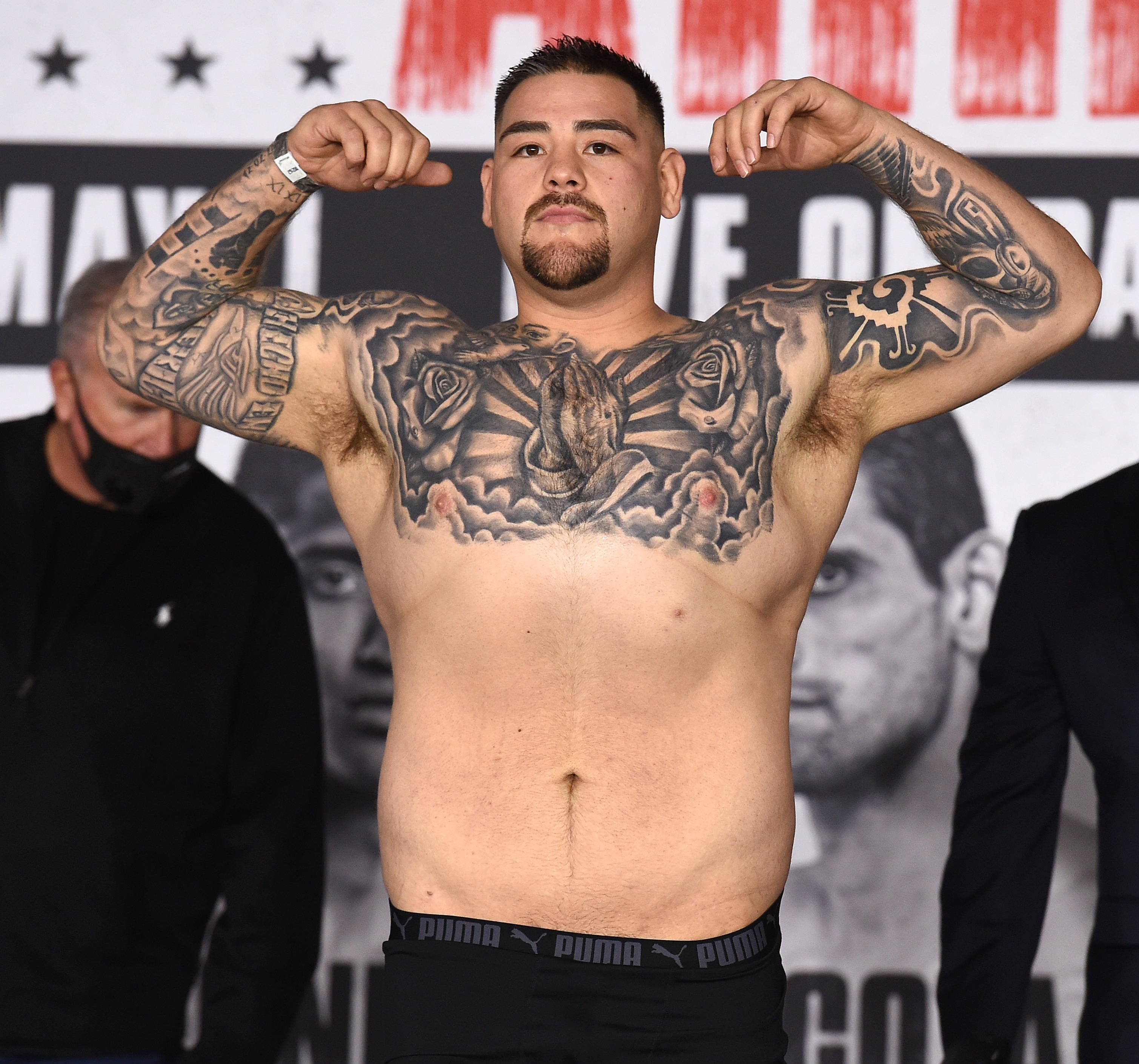 Andy Ruiz Jr stunned heavyweight rival AJ in their first meeting before being soundly outpointed in the rematchCredit: Rex

And Mexican 31-year-old Ruiz Jr has told AJ’s promoter Eddie Hearn to have him on standby for a trilogy bout with Joshua, with the score currently tied at 1-1.

Ruiz Jr was the last-minute replacement for drug cheat Jarrell Miller in June 2019 and stunned AJ with a ruthless four-knockdown stoppage.

But Mexico’s first ever heavyweight champ blew the rematch by blowing up to 20st and getting outpointed.

Ruiz told a very stoned Mike Tyson, on his Hot Boxin’ podcast, that he has thrown his sombrero in the ring for a hat-trick showdown:

He said: “I messaged Eddie Hearn and asked about the trilogy between me and Anthony Joshua and he just replied with the worried emoji and the words ‘deja vu’.

“That would be perfect, I just have to stay ready. I always message Eddie saying ‘come on, give me the fight’.

“More opportunities will come if I stay active and busy and keep winning.

“I am pretty sure they will give me the third fight, unless they are scared.”

The Baddest Man on the Planet would prefer for Ruiz Jr to fight Dillian Whyte, who is back in the win column after retiring Alexander Povetkin in their March rematch.

And the chunky ace claimed he fancies the fight, though SunSport understands he has snubbed big-money offers in the past to face the Brixton Body Snatcher.

“Me and Whyte have actually been going back and forth a lot and talking a lot of s*** to each other,” Ruiz Jr said.

“It would be a good fight between me and him.

“I was so happy when Povetkin beat Dillian Whyte with that uppercut, because I feel like Whyte doesn’t really respect other fighters.

“Whyte was winning that first fight but he got cocky and caught.

“But Whyte got the job done when he beat him in the rematch. Me versus him is a good fight.”