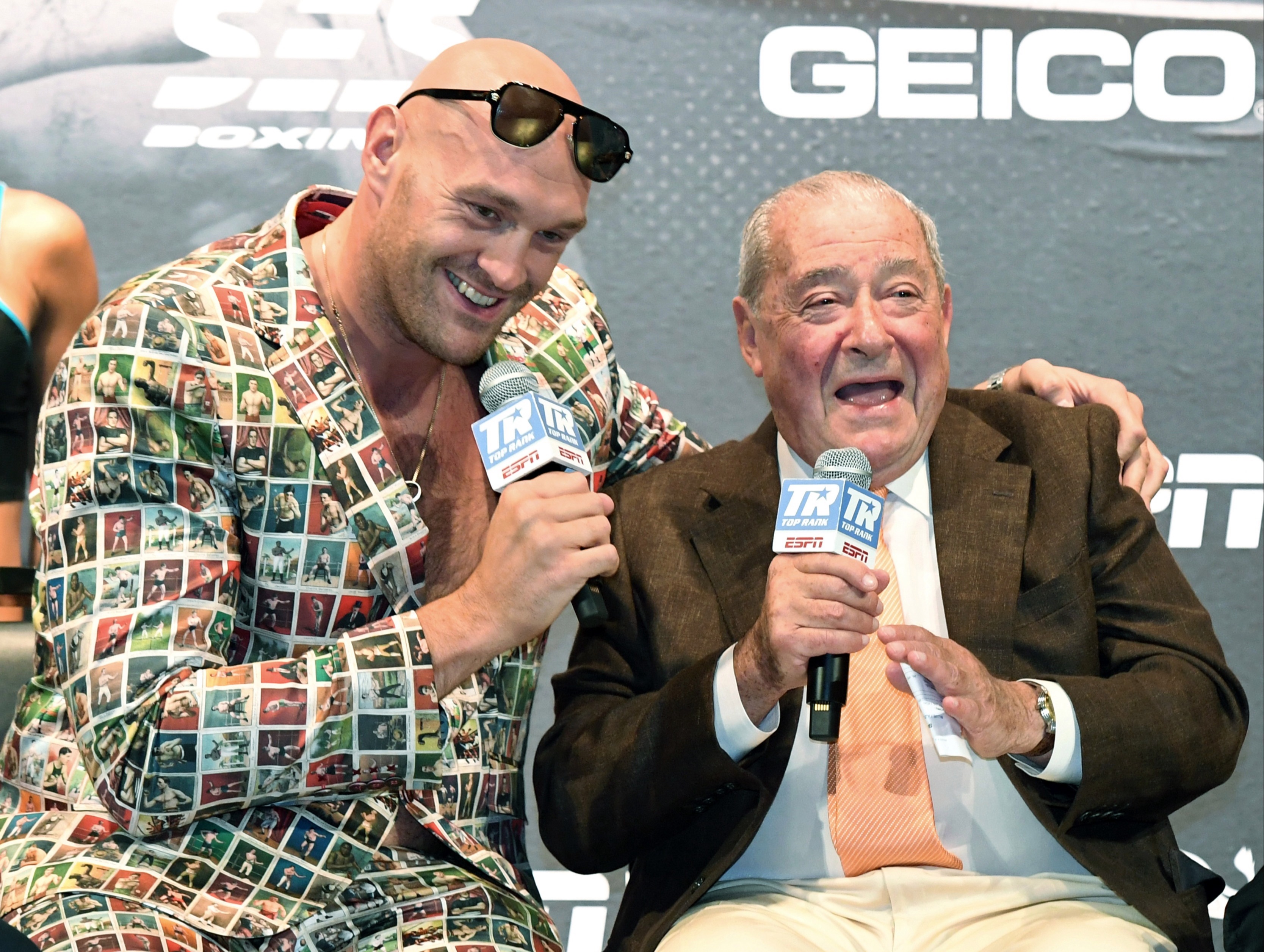 Bob Arum has claimed Eddie Hearn was screwing around with the deal’Credit: Getty

Joshua and Fury, 31 and 32 respectively, were on course to throw down in Saudi Arabia in August before an American judge ordered the latter to have a trilogy fight with Deontay Wilder.

But veteran promoter Arum has blamed the collapse of the blockbuster fight on his opposite number, saying: “It close but not a cigar.

“The problem was Eddie Hearn was screwing around with the deal he was trying to make with the Saudis.

“And they aren’t fools. They had to do due diligence, they have to check what the split [was going to be].

“So they had to learn it back and forth and then there was Ramadan and we went nowhere – nowhere.

“And meanwhile, the arbitration was limping along and the judge decided the case for them.

“I don’t necessarily think it was right, but the judge decided. But he would’ve, in my opinion, not enjoined Tyson to fight Joshua if the fight had been signed.

“But it hadn’t been signed.”

Arum is optimistic a fight with AJ could still come to fruition this year, despite the unified champion’s September showdown with Oleksandr Usyk.

But Hearn, 42, insists talks over a potential end-of-year clash for all the marbles are currently dead in the water.

He told Sky Sports: “Do you know what, I think right now, let’s just forget about that fight.

“The only good thing to come out of this is that we have two good heavyweight fights.

“These aren’t marking time fights for Fury and AJ. These are two competitive, dangerous fights.

“Once those two nights are complete, let’s go back to where we kicked off before, because right now, there’s no conversations from the other side to us saying, ‘Let’s just get it in the diary for December or January.’

“I don’t really want to get into that conversation.

“I want AJ to focus on Oleksandr Usyk.