A beautiful tribute. Days after Anne Heche’s death, her podcast cohost, Heather Duffy, reflected on the impact the actress left behind in an emotional message.

“I had to take a moment to begin to process the profound loss of my beautiful friend with the kindest soul I’ve known,” Duffy, who cohosted the “Better Together” podcast with Heche, wrote via Instagram on Wednesday, August 17.

In the lengthy social media post, Duffy praised how her late friend approached various ups and downs over the years. “Anne was joyful despite all the challenges that she faced in her life. She was truthful despite being in a business that is make-believe,” she continued. “Spreading love and kindness in the world is what mattered most to her, even if, at times, the world did not give it back.”

Duffy also recalled Heche’s “bravery” when it came to addressing her sexuality. “Her public stand for equality empowered many LGBTQ+ people worldwide to see a future where they could live in their truth, which mattered to her more than anything,” she added, referring to the soap star’s past romance with Ellen DeGeneres. “We have come a long way because of her truth, bravery, and kindness in that moment 25 years ago when she chose to bring a woman as her date to the premiere of Volcano.”

The content creator concluded: “She was way ahead of us, and we are all just catching up. Fly free, my friend. This world was never meant for one as beautiful as you.”

Duffy’s post comes days after Heche died at the age of 53 from injuries sustained in a car crash. Earlier this month, Us Weekly confirmed the Another World star was in a collision that resulted in a fire.

A rep for Heche told Us at the time that their client was “currently in stable condition,” adding: “Her family and friends ask for your thoughts and prayers and to respect her privacy during this difficult time.” 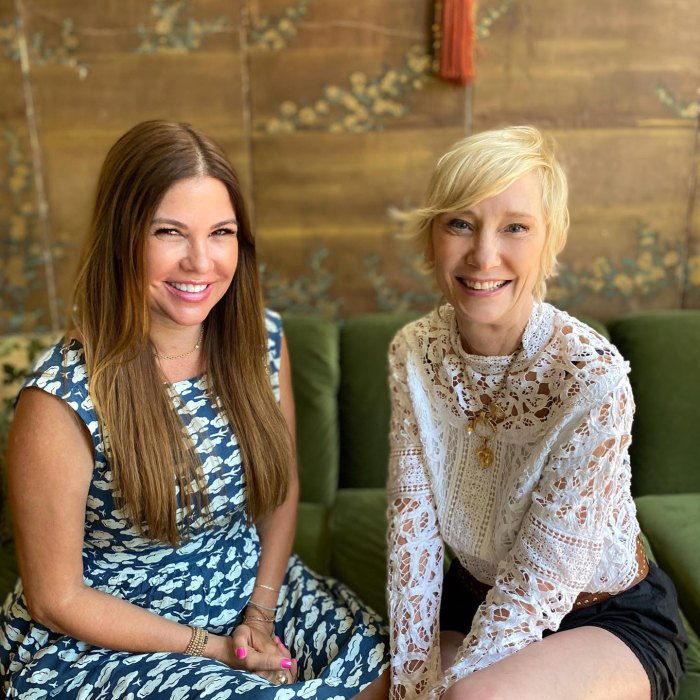 In a statement later that month, the rep clarified that the Emmy Award winner fell into a coma amid her health issues. “At this time she is in extreme critical condition she has a significant pulmonary injury requiring mechanical ventilation and burns that require surgical intervention,” the statement read. “She is in a coma and has not regained consciousness since shortly after the accident.”

Heche’s family announced on Friday, August 12, that the Broadway star would be taken off life support after being declared legally dead.

Following her passing, the California native’s official cause of death was confirmed to be due to inhalation of smoke and thermal injuries. On Sunday, August 14, the rep confirmed her organs were harvested for donation.

According to the Los Angeles County Medical Examiner-Coroner, her death was listed as an accident following a “sternal fracture due to blunt trauma.”