AnnaLynne McCord loves to use her platform to spread awareness and her recent revelation about her dissociative identity disorder (DID) diagnosis is no different.

“I’ve always been remarkably unshy about things that most people would never disclose. And then I get shy about weird stuff, like, I do strange little rituals and things that I would rather not anyone be privy to, you know, but in sharing my diagnosis of dissociative identity disorder, it was just coming on the heels of everything else I’ve shared,” McCord, 33, exclusively told Us Weekly while promoting her and Shenae Grimes-Beech’s “Unzipped” podcast, adding that people have accused her of oversharing in the past. “And I asked the question, ‘Why? Why is something that creates unity and brings people together — why do we shame love and embrace fear?’ Because that’s what it is. Love opens the door, fear closes it. To talk about something that I know because I’m a nerd and I’ve done the research, but I know that one to two percent of the population have dissociative identity? Absolutely not, that is f—king incorrect.”

McCord explained that she believes “way more people” deal with “with fragmented parts of themselves,” noting it’s a “spectrum.”

“Everyone will grow up with the wounded child inside and have to deal with that. That is a form of dissociative identity,” the actress told Us. “You are [not able] to integrate your wounded child self with your adult self, with your parents’ self. Those parts of you — when they’re not in flow and completely fluid — are technically fragmented pieces, therefore disassociated identities.”

The activist added, “The outreach has been incredible. … And not just young people. I’ve had people up in their 70s reach out to me and said, ‘I’ve lived with this for 70 years. And you’re the first person that’s ever made me feel seen through television or through over the radio waves.’”

McCord has also been candid about her past sexual abuse and childhood trauma over the years. While social media trolls haven’t always understood where the Let’s Get Physical alum is coming from, Grimes-Beech slammed the idea that anyone could “cancel” McCord when she shares her experiences.

“You were talking about your childhood abuser with such compassion and love. And when people go into this attack mode and they’re like, ‘Rapists and murderers should absolutely be [canceled]’ and I’m like, ‘Don’t try and cancel my sister right now, who has suffered the most severe trauma of anybody I know in my life,’” the Degrassi: The Next Generation alum told Us. “And she can sit there and offer redemption and forgiveness and not just for that person’s sake, but for her own sake, right? It’s, like, [if] you live with this hate in your heart that is toxic, that is poison, [then] you are just ingesting every single day forever. It was such an important part of your healing to find forgiveness, find compassion and process that for yourself. So, like, don’t f—king take that away from her.” 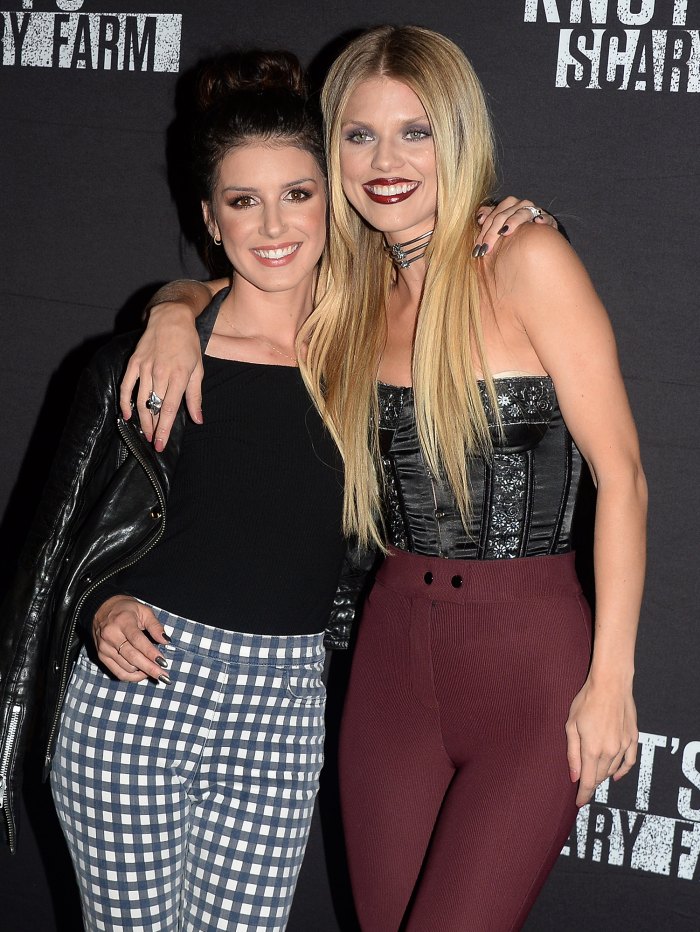 The former 90210 costars are tackling a series of topics on their “Unzipped” podcast, including cancel culture. During the first episode of the Dear Media show, they addressed their years-long feud on the set of The CW show.

“It’s not like something happened and we made up and it was all happy days,” Grimes-Beech explained to Us. “It was, like, we just slowly started to both bring our walls down at the same time and fall back in love with what had initially made us connect in the very beginning. And that’s only gotten deeper and broader ever since then as we’ve continued to grow up.”

McCord added, “People are 20 and do 20-year-old things and they shouldn’t be held accountable to the extent that the rest of their life is ruined because of something they did when they were 20. We should have a way to heal and move forward, see someone for their growth potential, and not just write everybody off in society.”