The filing, submitted on Friday, March 12, indicates that both the Maleficent alum, 45, and her children are willing to offer “proof and authority in support” of their claims against Pitt, 57. Jolie has agreed to provide testimony herself, along with the “testimony of minor children,” according to the court documents.

All of Jolie and the Once Upon a Time…In Hollywood star’s children — Maddox, 19, Pax, 17, and Zahara, 16, Shiloh, 14, and twins Knox and Vivienne, 12, could freely speak out in court in their divorce hearings.

“If Angelina has more documentation to prove domestic violence towards her or the children, she can submit it as a supplemental offer to prove in trial,” family law expert and Ideal Legal Group, Inc. founder Evie P. Jeang tells Us. “She can say these are the documentation in addition to what she already presented. This could mean it’s a more recent instance (of domestic violence), or further documentation related to what was presented before.”

A source close to Pitt tells Us Weekly the filing is nothing more than an attempt to “hurt” the actor.

“Over the past four and a half years there have been a number of claims made by Angelina that have been reviewed and not substantiated,” the insider says. “The children have been used by Angelina to hurt Brad before and this is more of that behavior. This leaking of documents by her fourth or fifth set of lawyers has been done to hurt Brad.” 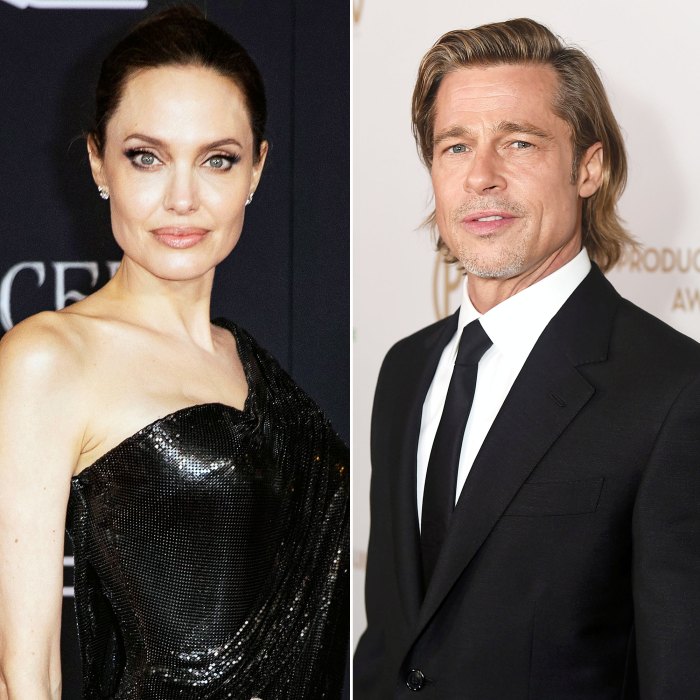 The California native and Pitt, who started dating after meeting on the set of Mr. and Mrs. Smith in 2004, separated in September 2016 after two years of marriage and were declared legally single in April 2019, though their divorce has not been finalized. She cited irreconcilable differences as the cause for their split.

They continue to work on a custody agreement in regard to the children they share. A source told Us in June 2019 that Jolie and Pitt were working toward an “amicable” coparenting relationship and had been utilizing the OurFamilyWizard app “to coordinate the kids’ schedules.”

A second source said in September 2020 that Pitt was seeking “50/50 physical and legal custody of the kids.” The Ocean’s Eleven star got to spend Christmas Day 2020 with Shiloh, Knox and Vivienne after the kids had the chance to “the night with him on Christmas Eve,” a source told Us in December. The initial plan was for the whole family to come together, however, the insider said, “egos have once again derailed the original idea.”

The source continued, “Brad and Angelina are equally responsible for the never-ending drama.”

Jolie reflected on the tumultuous divorce between herself and Pitt in February, admitting to British Vogue that it’s “been pretty hard.”

She went on to say, “I’ve been focusing on healing our family. It’s slowly coming back, like the ice melting and the blood returning to my body.”

The Lara Croft: Tomb Raider star noted, “I’m not there yet. But I hope to be. I’m planning on it.”