Warning: Major spoilers for Spider-Man: No Way Home ahead.

Andrew Garfield has spoken out for the first time on his return as Peter Parker in Spider-Man: No Way Home and we’re going to need three to five working days to recover.

The actor, who played the superhero from 2012 to 2014, sensationally returned in the new film alongside Tobey Maguire, who played the character from 2002 to 2007, with the pair joining Tom Holland for the epic film.

Many, including Andrew, thought he would never play Spider-Man again, but the actor described the opportunity as ‘immediately undeniable’.

‘I felt very excited to just to be a fan again,’ he admitted to Variety. ‘On a base level, as a Spider-Man fan, just the idea of seeing three Spider-Men in the same frame was enough.’

He was drawn in by the pitch, with the actor getting his say on what exactly he wanted to explore with the character, and how he wanted his Peter to relate to Tobey’s and Tom’s, with the three having a very brotherly vibe.

‘There’s a line I improvised in the movie, looking at [Tobey and Tom] and I tell them I love them,’ he revealed. ‘That was just me loving them.’

He was also able to give his Peter a form of redemption, resulting in a beautiful scene with Zendaya’s MJ that hearkened back to Gwen Stacey’s (Emma Stone) death in The Amazing Spider-Man 2.

As for whether he’ll ever return to Spider-Man? That door seems very much open, with Andrew saying: ‘Yes, definitely open to something if it felt right.’

Anyone else emotional right now? 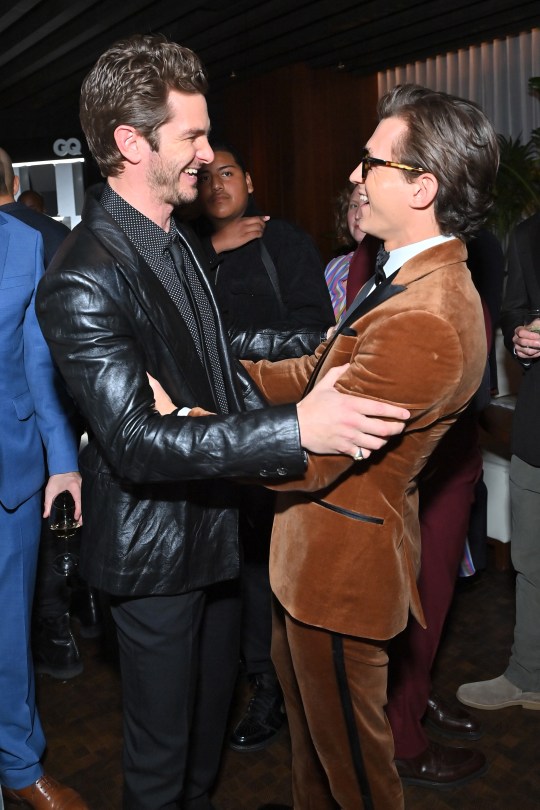 He starred alongside Tom in No Way Home (Picture: Getty Images for GQ) 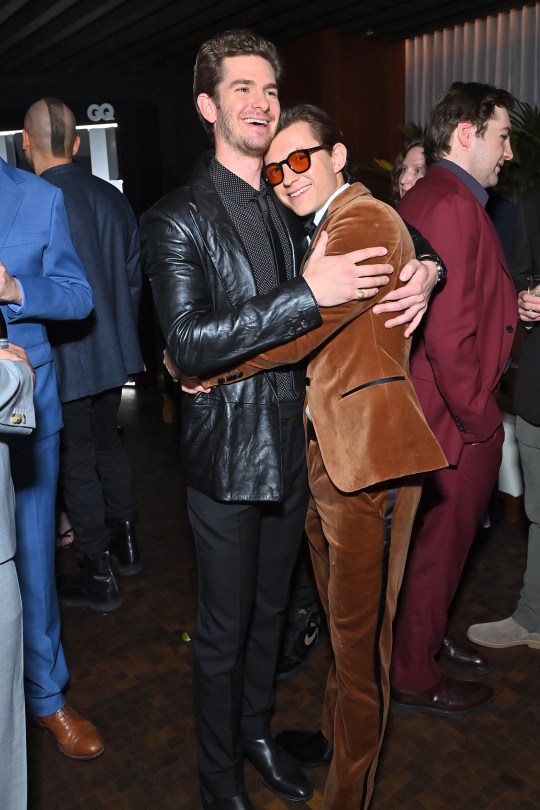 Andrew wanted his Peter to be an older brother figure to Tom’s (Picture: Getty Images for GQ)

No Way Home has absolutely smashed it at the box office, hitting the $1billion (£746million) mark days after it was released.

Not only that, but the film has become the first to make $1bn worldwide since the pandemic began.

Tom Rothman, Sony Pictures chairman and CEO, raved about the numbers in a statement, which read: ‘This weekend’s historic Spider-Man: No Way Home results, from all over the world and in the face of many challenges, reaffirm the unmatched cultural impact that exclusive theatrical films can have when they are made and marketed with vision and resolve.

‘All of us at Sony Pictures are deeply grateful to the fabulous talent, both in front of and behind the camera, that produced such a landmark film.’

But, after his involvement, things went from bad to worse as some old enemies came back to haunt him.

Spider-Man: No Way Home is out now.