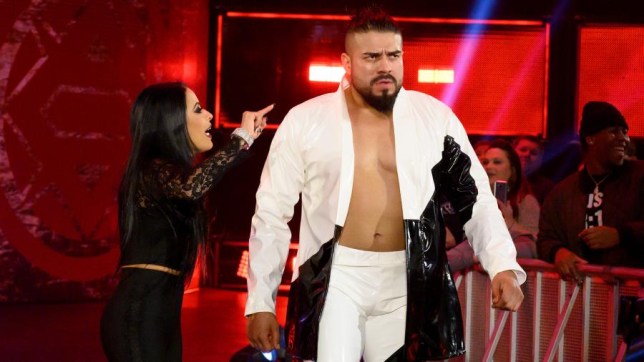 Andrade hasn’t been featured on TV for months (Credit: WWE)

Andrade has reportedly requested his release from WWE.

The former United States and NXT Champion – who signed with the company in 2015 before making his debut on the black and gold brand the following year – is engaged to Charlotte Flair, and held in high regard by fans around the world.

It’s been initially reported by WrestlingInc. and backed up by Fightful that Andrande could be on his way out of WWE after requesting to be let out of his contract.

The Mexican superstar hasn’t been featured on screen in around five months, with his most recent televised match coming in a losing effort against Angel Garza on Monday Night Raw.

For the entirety of Andrade’s run, Vega was a huge part of his act – both in NXT and on the main roster with Raw and SmackDown – and fans had been curious to see how things would unfold after her release in November.

One possibility the company hasn’t yet explored is pairing him up with his fiancee Charlotte – although if these recent reports are to be believed, then that ship may have set sail.

Speaking to Metro.co.uk in January 2020, the Queen revealed she was up for the idea providing it didn’t step on any toes with his partnership with Vega.

She said at the time: ‘So, for Andrade right now, the focus is having the US Championship, and his bond with Zelina is so strong.

‘I think the two of us having separate storylines and not being together on camera is probably for the best right now. Definitely later down the road, we’re open to the idea of a mixed tag or doing something together.

‘But I think right now is a super important time in his career, and I wouldn’t want to interfere with how well Zelina and Manny work together.’