Former America’s Got Talent contestant Jay Jay Phillips has died. He was 30.

“It is with great sadness we inform you all of the loss of our bandmate/brother/and friend @jayjayrocks,” a statement on Mettal Maffia’s official page read. “It still doesn’t feel real and we would give anything to change it. Please respect the family, as well as our wishes as we take our time to grieve and process this detrimental loss.” 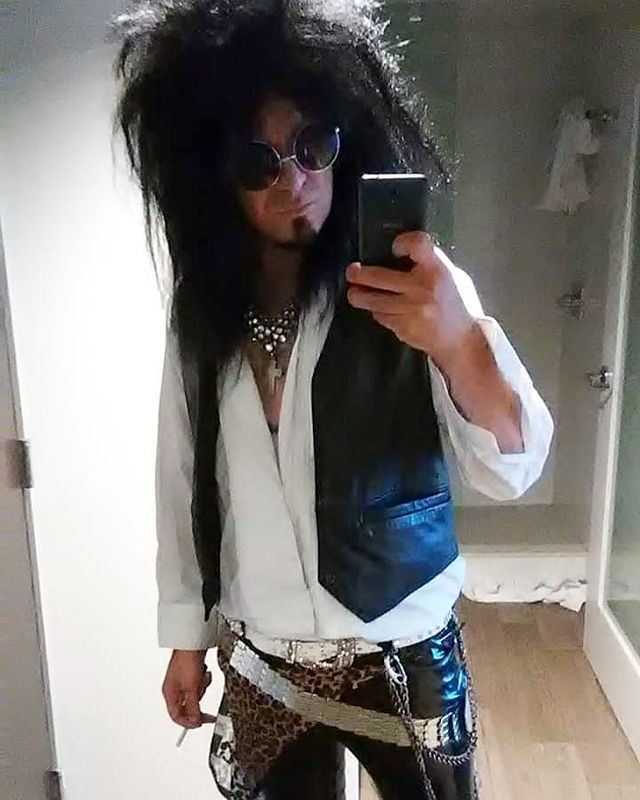 The group’s statement also added a brief note to their former member: “We miss you brother, every second of every minute, of every day. Thank you for teaching us all to laugh a little more. Rock in Paradise 💚.”

The keyboard player died after a battle with COVID-19, his friend Seph Lawless confirmed to The Wrap on Friday, December 3.

“His [girlfriend] found him 5 days ago unresponsive in a fetal position died in his sleep,” Lawless told the outlet on Friday. “He was battling COVID like so many quietly at home the only difference was his soul was larger than most and so we all knew he was struggling. His father was recently hospitalized for COVID as well. We are unsure how he is doing through all of this. JJ was only 30 and always seemed healthy to me [the] decade I knew him, so this is a shock to most of us.”

The photographer, 43, sweetly eulogized his longtime friend at the time.

“I knew JJ since he was 20,” Lawless told The Wrap. “He was known throughout the Cleveland area where he would regularly perform songs using a variety of instruments at local fairs and park gatherings. Always smiling, incredibly kind and music was his life. The kid could play any instrument and in my opinion was a child prodigy in that respect.”

The NBC series also shared a statement via Instagram Story on Friday, writing, “Our AGT family is saddened to learn about the passing of Jay Jay Phillips. Our deepest sympathy goes out to his family and friends.”

Phillips previously appeared in two seasons of NBC’s talent competition. After a brief tenure on 2009’s season 4, he returned for season 12 in 2017. During his reality TV return, he advanced to the quarterfinals. On the show, the performer was known for his big hair, rockstar look and electric keyboard skills.

Since then, Phillips and Mettal Maffia have recorded five albums together as a hybrid metal group, and two months earlier, he couldn’t help but gush over his time in the band.

“So in case anyones wondering where I’ve been or what i’ve been uptoo here it is!!!!” the late musician wrote via Instagram in October, alongside concert footage. “My band METTAL MAFFIA is making huge moves and anyone that’s a fan of me IT’S A MUST you check us out, i’m 50 million more times [excited] about this than the whole AGT thing and i’m so grateful to rock out with my brothers and sister and dude I love this band and them so much it’s [ridiculous], check out our insta and follow us at @mettalmaffiaofficial so you can catch a show 🤘🤘🤘🤘🤘🤘💯💯💯💯 Rock and f**kin Roll baby.”