It’s a parent’s job to worry! Lisa Rinna and Harry Hamlin weren’t originally sure about their daughter Amelia Gray Hamlin’s relationship with Scott Disick, a source revealed exclusively to Us Weekly on Thursday, March 4.

“Her parents were skeptical at first,” the insider said. “But seeing their daughter happy makes them feel better about their relationship.” 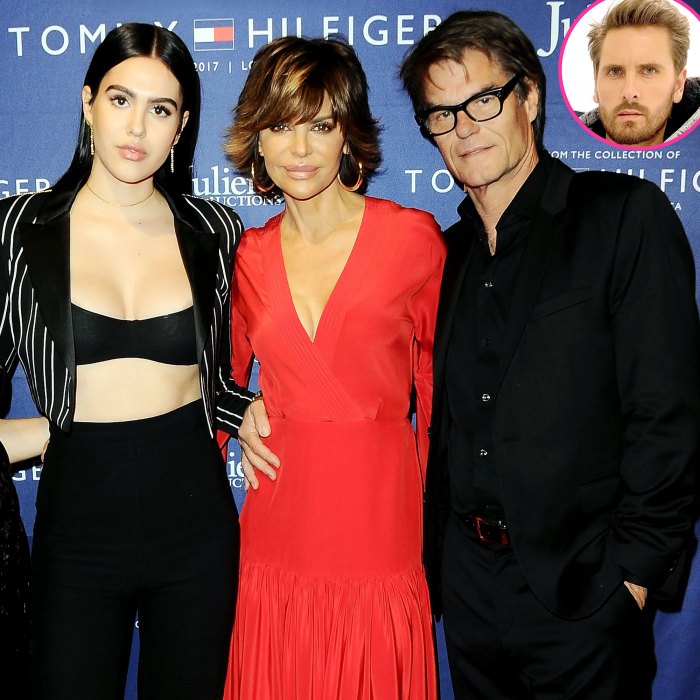 Amelia, 19, and the Keeping up with the Kardashians star, 37, have been a couple since February when they went Instagram official over Valentine’s Day weekend. The pair were first spotted together in October 2020 at a Halloween party.

The model’s mother, Lisa Rinna, 57, has previously stood up for her teenage daughter’s choices. Last month, the former soap star fired back after a troll called her Amelia’s lingerie photos “disgusting.”

On February 9, the model posted three pictures of herself wearing white, lacy lingerie while striking poses on a couch.

After the Real Housewives of Beverly Hills star commented three white heart emojis on her daughter’s post, one of Amelia’s followers wrote, “@lisarinna wtf is wrong with u? U like what u see???? Discusting [sic].”

The Bravo star was quick to respond, writing, “What is wrong with you? This is my child.” 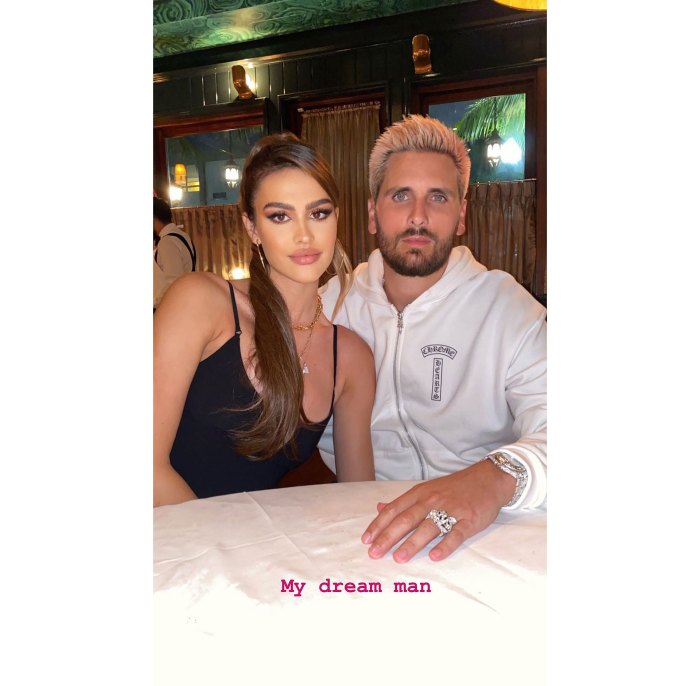 Though Amelia’s family hasn’t been too vocal about her relationship to the Talentless designer, those close to Disick have offered their support.

“The Kardashian-Jenner family is super supportive of Scott and Amelia’s relationship,” a second source told Us exclusively in January while the pair vacationed in Cabo San Lucas, Mexico. “They really like the two of them together and think Amelia is a great influence on Scott. Scott and Amelia are in a really good place. They have a lot of love and respect for each other and it shows.”

Disick previously dated Kourtney Kardashian on and off from 2006 to 2015. The couple share three children: Mason, 11, Penelope, 8, and Reign, 6. The Flip it Like Disick personality was also previously in a long-term relationship with Sofia Richie from 2017 to 2020.

Both of Disick’s prior relationships were detailed on Keeping Up with the Kardashians, which he has appeared on since the show’s 2007 debut. As for whether the reality star plans to make an appearance on his new girlfriend’s family’s show? We’ll have to wait and see.

“It’s not likely that Scott will appear on Real Housewives of Beverly Hills, but never say never,” the insider said.