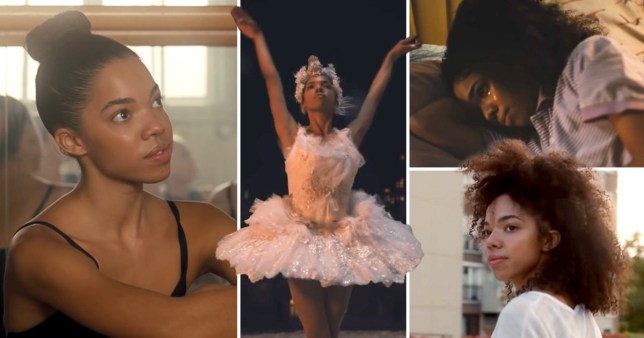 The star of Amazon’s 2020 Christmas advert, ballerina Taïs Vinolo, has spoken about the importance of representation on screen, expressing her hope that her performance will inspire young black girls to pursue ballet.

As we near the festive period, retailers including Asda, Aldi and TK Maxx have started releasing their Christmas adverts.

While some of the campaigns released ahead of the John Lewis Christmas advert launch have taken a light-hearted approach – featuring fashionable goats and talking carrots – others have tapped into the emotional side of the season, emphasising the importance of togetherness, love and community.

Amazon’s Christmas advert, which features the tagline ‘The Show Must Go On’, tells the story of a young ballerina, who, after being chosen as the star of her ballet school’s winter show, discovers the showcase has been cancelled as a result of the coronavirus pandemic.

In moving scenes, the ballerina’s sister and neighbours come together to help put on an outdoor show for the talented dancer, the advert ending with her putting on her tutu and dancing outside in the snow at the block of flats where she lives, dazzling onlookers with her stunning performance.

Taïs, 17, who was born in the southwest of France, told Metro.co.uk that she felt the narrative of the advert closely mirrored her own life, as she was unable to return to her professional ballet school in New York due to the Covid-19 outbreak.

Speaking to us from France, the ballerina explained that the director of the short film, Melina Matsoukas, had a very clear goal in mind when working on the project.

‘She told me, ‘Little black ballerinas that want to do ballet will feel inspired by you’,’ Taïs said. 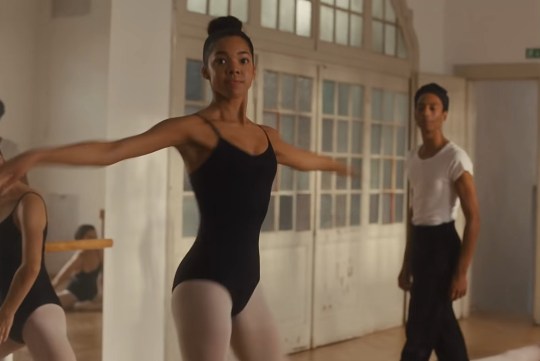 The beginning of the short film depicts Taïs being named the star of her ballet school’s winter show (Picture: Amazon)

On the day that we caught up with Taïs over Zoom, No Time To Die actor Lashana Lynch shared a post on Instagram in which she recalled being treated differently to her white classmates when she took ballet lessons as a young black girl, resulting in her telling her parents that she did not want to return to class.

Taïs moved to the US when she was 13 years old, first to Los Angeles and then New York where she now attends a professional ballet school.

Her school, the 17-year-old said, is ‘really diverse’ and strongly promotes diversity, championing the message that ‘whatever your religion, whatever your race, you can do ballet if you’re really determined’.

However, before she enrolled in her current school, Taïs said she was turned away from a different ballet institution because of the way she looks. 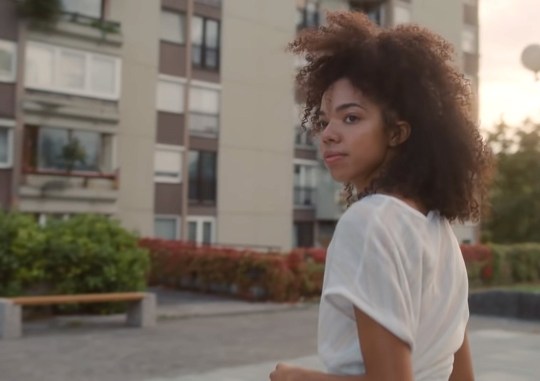 Taïs told Metro.co.uk that she felt the story of the advert closely mirrored her own life (Picture: Amazon)

‘I auditioned for a really famous ballet school and they just told me that the way I look didn’t match what they wanted,’ she recollected.

‘It’s hard as a young girl. Now that I see everything that is happening in the world, I just realise how tough it is, and maybe there are more little black ballerinas that want to be professional and they just give up.’

Taïs added that she finds it ‘really sad’ that even in the year 2020, even if an individual is ‘super talented’, they may still be treated differently because of their race and the way they look.

The dancer expressed her hope that the advert carries across a ‘message of belief’ for people in the creative industry, whether they’re a dancer, a singer or another kind of artist – that ‘the show must go on’. 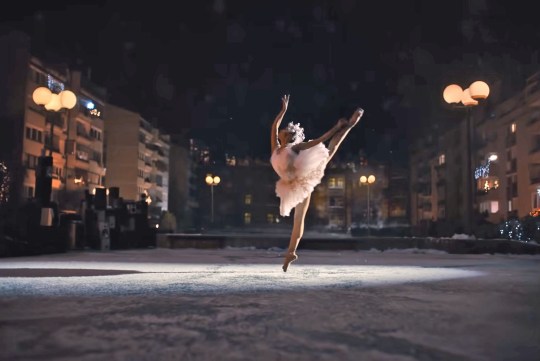 The short film ends with Taïs putting on a stunning ballet performance in the snow (Picture: Amazon)

‘The message of the commercial is really powerful in a lot of ways,’ she said, adding that she was ‘shocked’ to see the incredibly positive reaction the advert has received since its launch.

‘I felt like I really accomplished something good and seeing all these people inspired, that means a lot to me.’

Taïs first realised that she wanted to become a ballerina when, as a young girl, her mother took her to see a performance of Swan Lake.

In the advert, the outfit she wears for her outdoor performance is very reminiscent of the ensembles worn by dancers in Swan Lake productions, featuring a white, sparkly, ruffled tutu, a matching bodice and a beautiful headdress.

While Taïs admitted that this parallel was a complete coincidence, she agreed that in some ways, it has brought the story of her ballet career so far full circle.

Virgin River season 2: Where was it filmed and will there be season 3?