Taking her time! Although many women would dream of marrying George Clooney, his now-wife, Amal Clooney, took her time to accept his proposal in April 2014.

“We never talked about marriage when we were dating, and I asked her out of the blue,” Clooney, 59, told CBS on Sunday, November 29. “[It] took her a long time to say yes. I was on my knee for, like, 20 minutes. I finally said, ‘Look, I’m gonna throw my hip out.’ We told that story to her parents, and they’re like, ‘There’s something wrong with his hip?’” 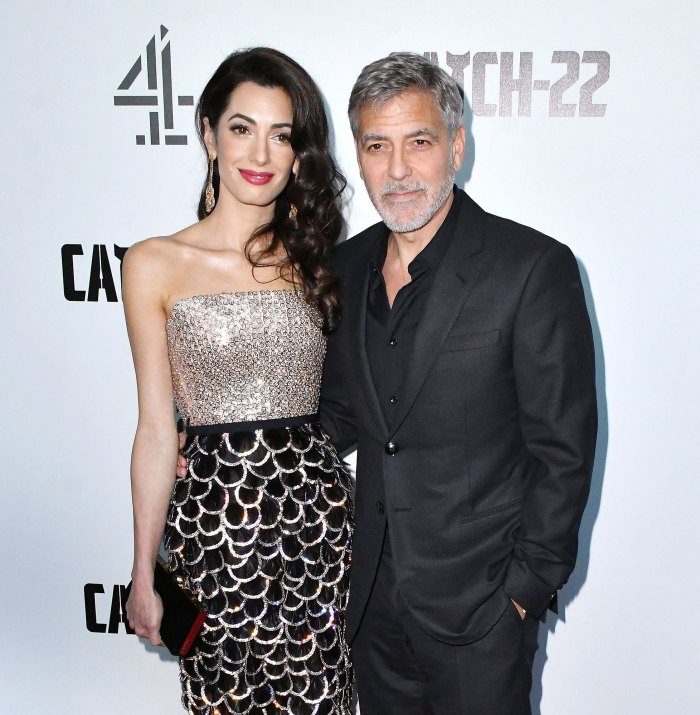 “There is no question that having Amal in my life changed everything for me,” the Midnight Sky actor said on Sunday. “No question about it. It was the first time that everything that she did and everything about her was infinitely more important than anything about me.”

His life changed drastically again in 2017 when the couple found out they were expecting twins, Alexander and Ella.

“We never talked about having kids. And then one day we just said, ‘What do you think?’ And, you know, then we go to the doctor and you do the ultrasound and, like, ‘Hey, you got a baby boy.’ I said, ‘Baby boy, fantastic!’” the two-time Oscar winner explained. “Then they go, ‘And you got another one there.’ And I was like … I was up for one! ‘Cause, again, I’m old. All of a sudden it’s, like, two?”

The ER vet said that although it’s hard for him “not to talk,” finding out that he was having two “knucklehead” children left him speechless. 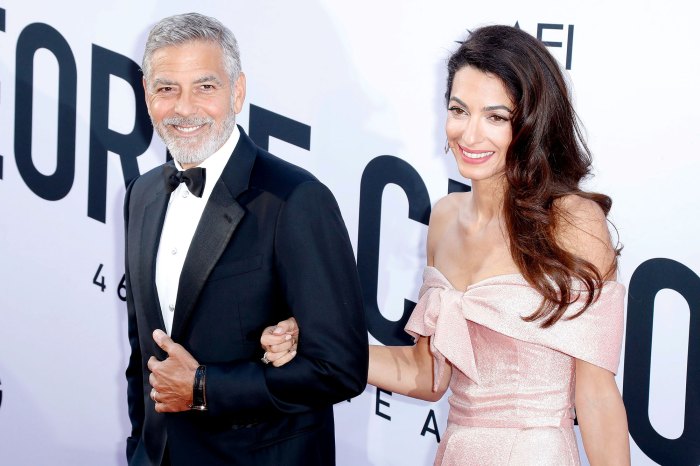 “I just stood there for, like, 10 minutes, just staring at this piece of paper going … two … silently,” the director said. “But I’m so glad they have each other, you know?”

The Money Monster star’s upcoming film drops in theaters and on Netflix on December 23, and it was completely filmed before the coronavirus pandemic caused the nation to shut down. Since then, he’s been staying home just like everyone else — something he’s not used to at all.

“It’s been a while since I did 15 loads of laundry in a day and mopped floors and all these doors over here I stained,” the producer said. “I always say I felt like my mother in 1964, because she had two kids and no help. I don’t know how she did it now. I have more sympathy for her now than ever.”