The reality star famously had an off-and-on relationship with Kourtney Kardashian that lasted nine years.

Scott has been getting increasingly close to KhloeCredit: Instagram/Khloe Kardashian 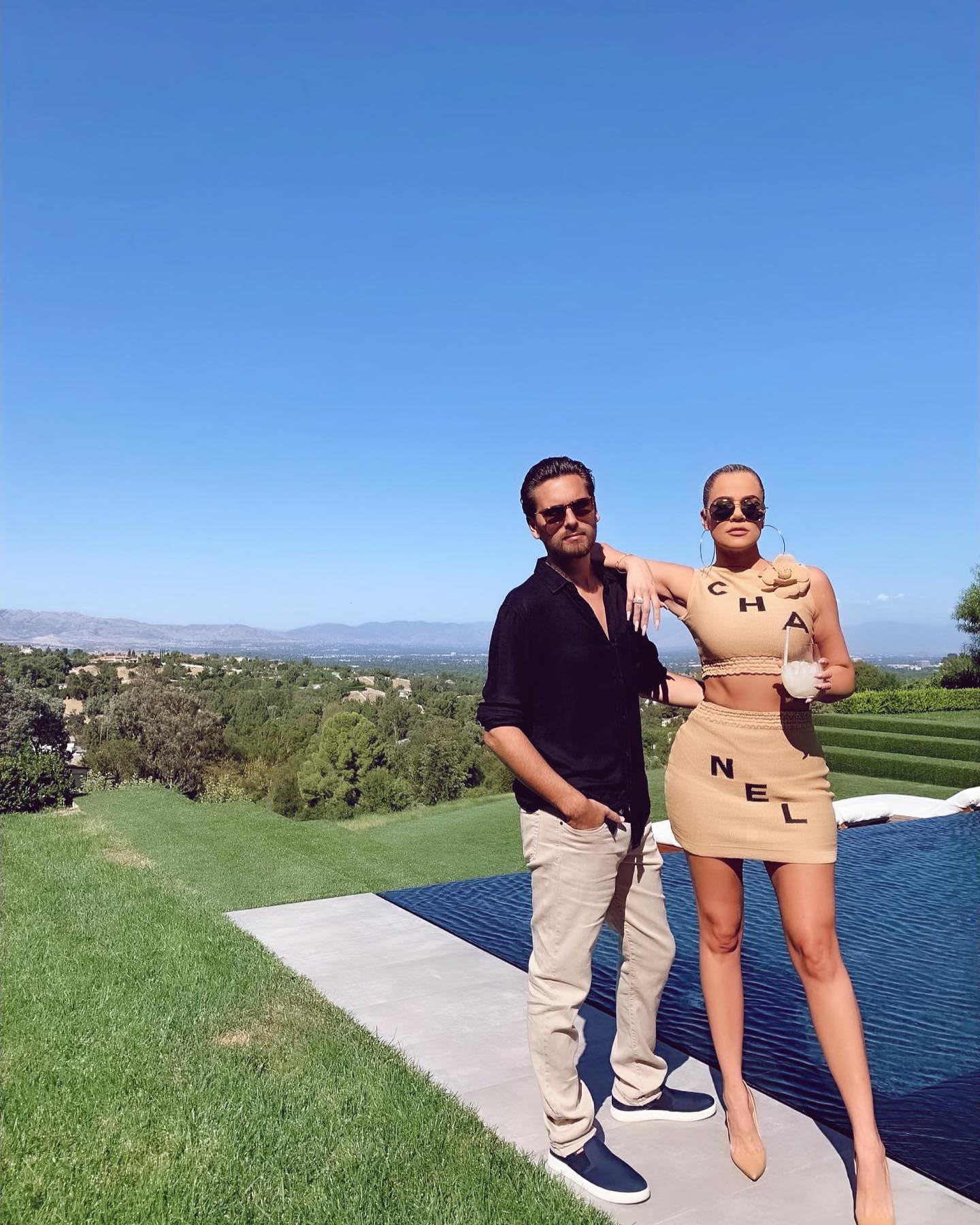 Fans have called him creepy for his flirtationCredit: Instagram/Khloe Kardashian

Scott and Kourtney broke up for good in 2015. But Scott stayed on as not only a fixture of his kid’s lives, but in the Kardashians sister’s lives as well.

That includes younger sister Khloe, to whom Scott seemed to take a special shine.

Fans have slammed Kourtney’s ex as creepy for seeming to now make a move on another Kardashian sister.

Take a look back at all the times Scott has allegedly flirted with Khloe.

Some Kardashian fans feel that Scott and Khloe have more chemistry than he had with KourtneyCredit: Splash

Fans first noticed something strange in their relationship in December 2021, when Khloe showed off her natural and curly locks on Instagram.

She responded with: “HaHa!”

Keeping Up With The Kardashian fans were not thrilled with Kourtney’s ex flirting with Khloe about her new look.

One fan said: “Kind of weird to date your niece and nephews dad/sisters baby daddy.”

Another mentioned: “She is the aunt to his children,” while a third stated, “Just date her. Don’t worry about Kourtney.”

A fourth person came to their defense: “Leave the poor things alone and just let them have their funny little bond.”

A commentator added: “Just date already sheesh!” along with a laughing emoji. 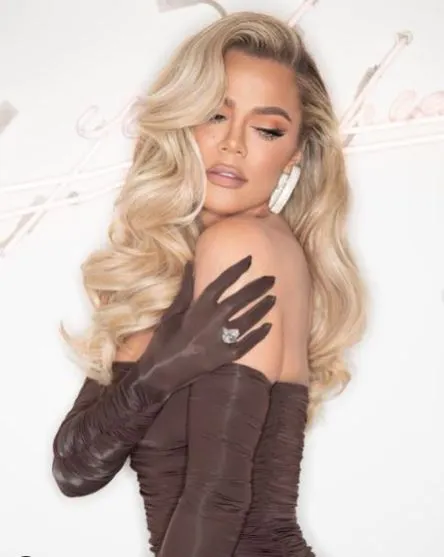 FANS pleaded with Scott to “go away” in early 2022, after the star was caught “flirting” with Khloe in her Instagram comments yet again.

In February, Khloe shared a photo of herself wearing a form-fitting brown dress with matching gloves.

She had in large diamond hoops and a massive ring on one of her fingers.

Her blond hair was in large, loose curls around her shoulders.

Fans were quick to respond, telling the entrepreneur to “stop.” 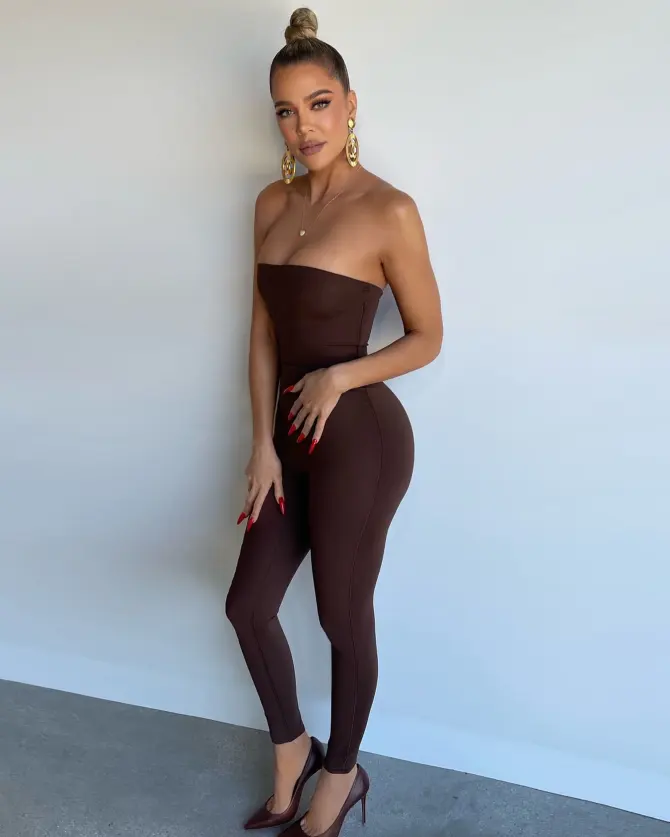 After the Keeping Up With the Kardashians alum posted a pic wearing a brown bodysuit and matching heels, Scott shared his thoughts on her appearance.

Fans were quick to slam Kourtney’s baby daddy, who was feuding with the Poosh founder at the time.

“Hop out her comments,” one fan replied, as another said: “That’s your ex sister.”

“It’ll be messy and weird but damn just get together already,” wrote a third, fanning the slightly forbidden flames. 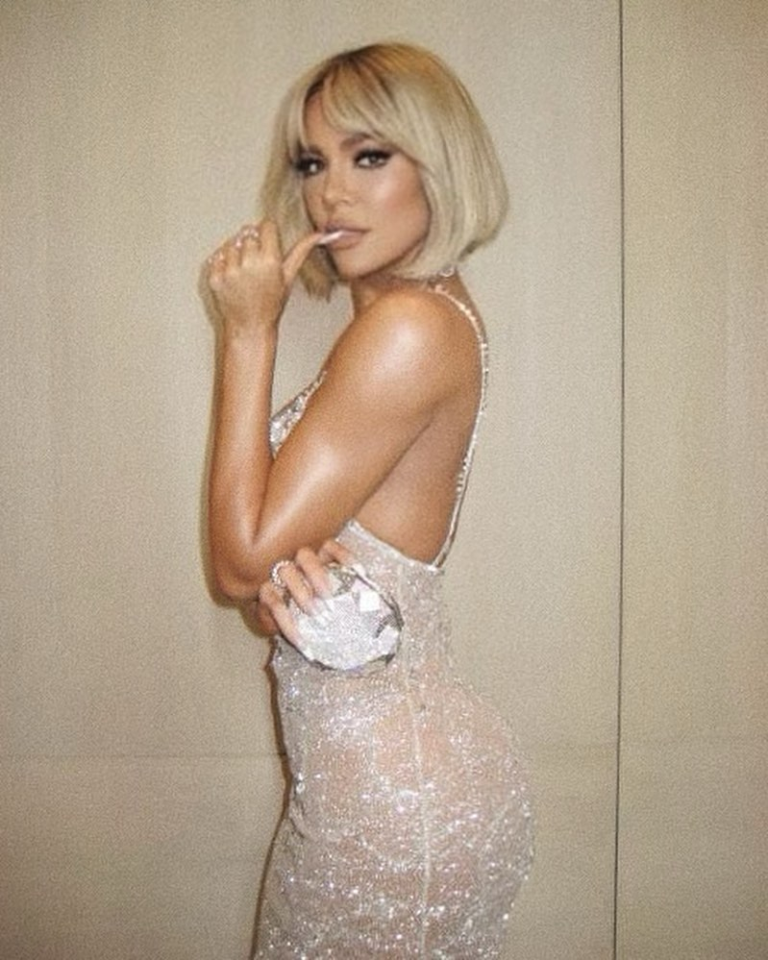 Scott’s flirtations continued after Khloe posed in this silver dress

In March, Khloe shared several photos of herself posing in a tiny silver dress.

She completed the look, which she wore to Jay-Z’s Oscars party, with a short blonde bob hairstyle and a clutch bag designed to look like a diamond.

A number of Khloe’s Instagram followers rushed to the comments section to praise the star’s look, though one comment, in particular, stood out to a number of fans.

The father-of-three made the post even flirtier by ending the sentence with a red heart emoji.

Fans rushed to the comments to slam Kourtney’s ex, with one person writing: “You got them sisters mixed up don’t you?” 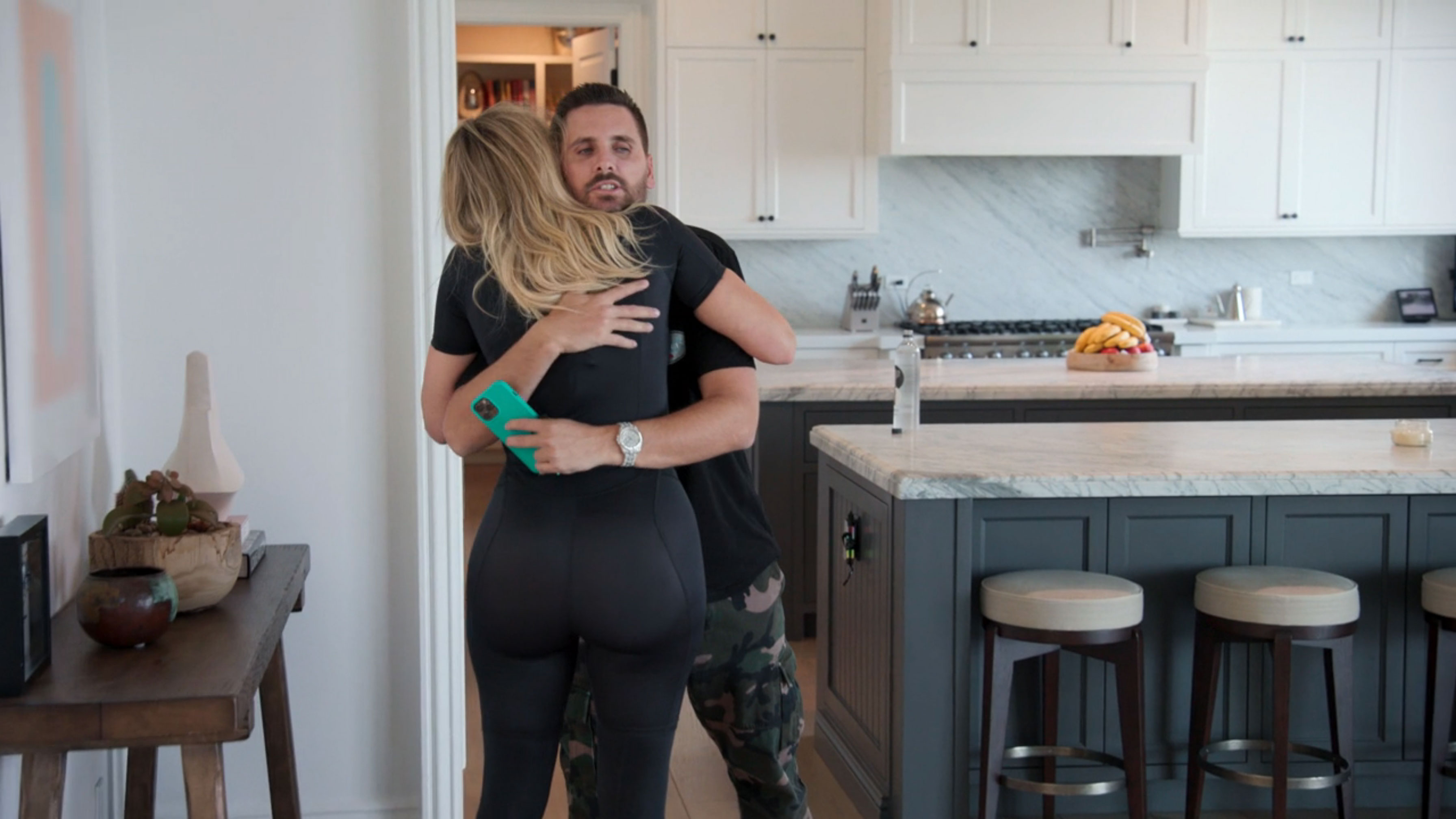 Scott said to Khloe, ‘Get these cameras out of here and let’s go upstairs’Credit: Hulu

Scott may have crossed the line completely in April, when the two met up at his LA mansion during an episode of the family’s reality show.

He admired Khloe as she walked into the kitchen wearing a skintight top and leggings.

“God must have broke the mold when he made you,” he quipped.

Khloe leaned on the counter and replied, smiling: “Just hoping.”

Scott then joked: “Get these cameras out of here and let’s go upstairs then,” prompting Khloe to burst out laughing.

In a confessional, she described the Talentless mogul as her “bestie” and like a “brother” to him.

Viewers at home disagreed, however, and slammed the way Scott behaves around her.

He topped himself just weeks later, by demanding Khloe be his “topless maid.”

In the questionable scene, Khloe visited her sister’s ex to “check on” him following Kourtney’s lavish beach engagement with Travis Barker.

The model brought him a care package full of junk food with hopes of brightening his spirits.

The two were then greeted by Scott’s new dog, who got a bit too excited and peed on the floor.

Scott acknowledged the accident but turned his attention towards the gift basket, leaving Khloe to clean up the mess.

The Good American founder fetched cleaning supplies from under the sink and got down on her hands and knees to clean it up.

Seeing Khloe on the floor prompted Scott to make some suggestive comments toward the TV star.

Khloe seemed unimpressed by the Flip It Like Disick star’s comments, responding: “Yeah, you’re not leaving pee on the floor.”

“Do your thing; you look hot,” Scott continued, “I would hire you, if like, hot maids, topless maids, or something.”

Khloe clapped back, “Okay, well, I wouldn’t be topless,” to which Scott snarkily replied: “You’d be spotless.” 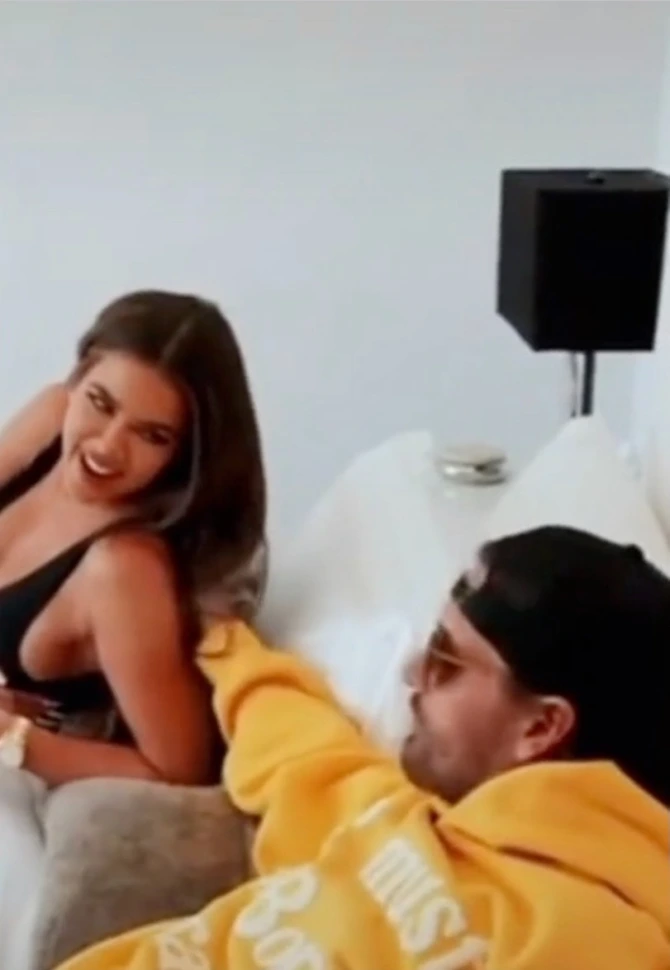 During a recent installment of The Kardashians, Scott visited Khloe’s mansion.

Khloe, 37, gave Kourtney’s ex a tour of her walk-in pantry.

The Good American founder asked him if he wanted a snack, like a gummy bear.

Scott responded: “Only if it’s going in your mouth.

“And you know what I’m talking about.”

A few days later, a resurfaced cringy clip appeared online, when a fan shared a throwback video from Keeping Up With the Kardashians on TikTok which showed Khloe and Scott in bed together.

“This is a nice way to wake up,” Scott said about the beach views before adding, “And I’m not talking about the view baby…”

“I’m talking about me and you,” Scott says while rubbing Khloe’s arm before she lets out a laugh.

The TikTok user captioned the scene: “Scott’s secretly in love with Khloe.”

While most continue to call Scott’s flirtations creepy, some fans are pulling for the couple.

In a roundup of Khloe and Scott’s best moments on YouTube, other fans chimed in with their thoughts, too.

One wrote: “To be honest, I always thoughts Khloe and Scott would be a great couple if he hadn’t gotten with Kourtney.”

Another added: “I am convinced Khloe and Scott were soulmates in another life and no one can tell me otherwise,” while one responded, “Same!”