All Of Us Are Dead arrives on Netflix this week (Picture: Yang Hae-sung/Netflix)

The dust has settled on the Squid Game hype but Netflix has another Korean series up its sleeve that promises to be a hit.

All Of Us Are Dead is set to drop on the streaming service later this week and follows on from the success of Squid Game and other Korean shows such as Alice In Borderland and Hellbound.

The eight-part series focuses on a high school which becomes ground zero for a zombie virus outbreak. Trapped students must fight their way out – or turn into one of the rabid infected.

Basically, it’s right up our street.

As we countdown to release day, here’s all we know so far about the series…

When is the All Of Us Are Dead UK release date? 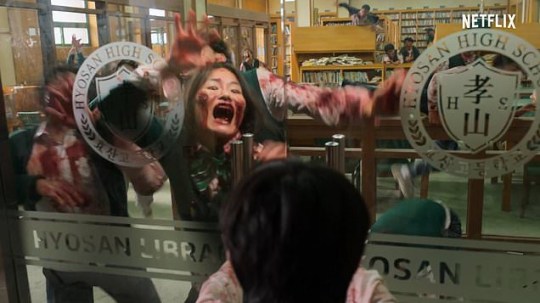 There’s not long to go as All Of Us Are Dead is scheduled for release on Netflix this Friday (January 28) around 8am. All eight episodes will be released at the same time.

Who is in the All Of Us Are Dead cast? 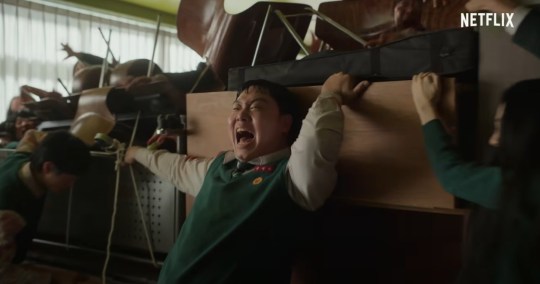 The South Korean drama will absolutely become our next binge (Picture: Netflix)

What is All Of Us Are Dead about?

All Of Us Are Dead is based on Now At Our School, a popular Korean digital comic webtoon from the late 2000s, created by Joo Dong-geun, and follows a group of students who have to break out of their zombie-infested high school.

The original spanned 130 episodes between 2009 and 2011 so there’s plenty of content to draw from for future seasons of the Netflix series.

The TV programme has been written by Chun Sung-il, while J.Q. Lee and Kim Nam-su serve as directors.

Is there a trailer for All Of Us Are Dead?

Yes, and it will leave you on the edge of your seat – or peeking from behind a pillow as the scenes of students fleeing the high school once the zombie invasion unfolds.

One character says: ‘The instinct to survive surpasses intelligence. Humanity has never defeated a virus,’ which frankly is pretty eerie given we’re in the middle of a pandemic.

We appear to get a glimpse of how the virus began as one student gets bitten on the finger by a rodent in a cage. She then stumbles into a classroom looking pretty zombie-like before being pinned to a bed screaming as she transitions into the undead.

From there, pure chaos ensues as the youngsters frantically try to escape.

Summing up the desperate situation, one character hilariously quips: ‘It’s Train To Busan,’ in reference to the cult classic zombie horror.

If All Of Us Are Dead is anything like Train To Busan, we’re in for a treat.

All Of Us Are Dead is available to stream on Netflix from Friday.