For fans of: Waax, Kings Of Leon, Clews

Sydney four-piece rockers the Buoys won the FBi Sydney Music, Arts and Culture awards for best live act during a year in which most live music ceased to live. It only takes 30 seconds of Bad Habit to yearn for the days of local stages and sweaty venues packed past capacity, as an insanely tight rhythm section kicks in over a rumbling bass line that charges into one of the biggest and best choruses we’ve been treated to this year. Lyrically, Bad Habit is all too easy to relate to: the lure of a love that decries all common sense, one you wish would leave you alone while secretly hoping it won’t. The subject matter may be desperate but the song cries of confidence, with a time-honoured rock structure, solid, non-showy performances, and a galloping rhythm. A countermelody creeps in towards the end of the song to offer a nice addendum, and it’s all very satisfying – the type of no-nonsense rock music that belongs on radio, yearns for festival season, and is all too rare these days.

For more: Listen to their last EP All This Talking Gets Us Nowhere, featuring Triple J favourite Linda.

Being in your 20s is, as Karydas explains in this song, to be in a state of constant flux. Karydas finds herself pining for the simplistic emotional responses of her youth, when things made sense to her. She still succumbs to childish worries, like acne and the dentist. A grazed knee sends her spinning back to when she was seven, when pain had an obvious physical cause and a definite treatment. “When did I get so fearful?” she asks. As the world whirs around her, she focuses on the freckles on her lover’s face, a constant in a shifting sea. This is an infectious and spritely pop song, with shades of Spiritus by Lisa Mitchell, and a yearning simplicity of spirit. As the narrator of her own emotions, Karydas takes a long view even while surrounded by the mess of everyday life; she longs to hit pause on the world while knowing this isn’t possible – or even preferable.

For more: Listen to previous singles Complicated and Get Me So High.

For fans of: The Cranberries, Bjork, Sarah Blasko

The stirring Party Tricks begins warily, Skye’s voice deliberate and delicate, an om’ing New Age synth recalling the Pure Moods relaxation soundtracks of the 90s. The subject matter – the kind of unrequited love that occupies countless classic songs but still feels so singular when experienced – is being expressed in simple, single-syllable melodies, pure and beautiful. Then sludgy guitars and drums kick in, a lurching, stomping rhythm section that recalls Zombie by Cranberries in its heaviness and reticence to take the wheel and steer the song forward. Skye’s vocal intensity doesn’t shift with the music, either – the same performance that seemed so heart-on-sleeve when unadorned by thrashing instruments now seems detached and weary. It’s heavy without being noisy, thick without being layered. Jen Cloher’s production goes a long way in capturing the live sound of the drum kit and the distorted drive of the guitars, and the song opens out. Skye’s striking vocals also feature on Moby’s just-released album, Reprise, and while this would be enough for most artists to comfortably rest on their laurels, it barely rates a mention when put against this stunning song.

For more: I Feel Better But I Don’t Feel Good will be out on 23 July.

In recent years, the line between sugary pop music and hip-hop has blurred to the point where the biggest players in the hip-hop world are expected to not only deliver bars that hit, but also slide into syrupy RnB vocal hooks that En Vogue would reject as too soft. Seth Sentry’s response to the Melbourne lockdown was to solicit beats from producers far and wide and release weekly hip-hop songs built off the back of these – just bars of dexterous hip-hop, without any need for pesky hooks or nods to future radio play. While Castlevania is the only song off his new album not spawned directly from these weekly experiments, it follows the same path: just a slapping beat and Seth unleashing bar after bar of goodness over it. Sometimes, that’s not only what you want from hip-hop, it’s what you need.

For more: Super Cool Tree House will be out on 18 June.

For fans of: The Pretty Reckless, the Veronicas, Stone Temple Pilots

Redundant is a relentless rock song, the type that requires you to be driving as the speedometer slowly creeps into dangerous territory and you stab the air to each syllable in the hooky-as-hell chorus. Forsyth explains this song is “about feeling not enough, and not good enough – just at life in general – but then trying to work through it”, yet everything here seems so assured: from the guitars to her vocal performance. Surprisingly, Shane Nicholson produces this song; known mostly for his work in the country genre, you can almost feel his excitement in the clanging treatment of the guitars, and their roaring prominence in the mix. A huge breakdown in half time provides a cathartic Kyuss-friendly interlude – and also the perfect opportunity to headbang Wayne’s World-style in the aforementioned car trip – before Forsyth begins comparing herself to a mid-18th Century witch in a kooky bridge that just might be the song’s highlight. If Triple M gives this song half the attention it slathers on every ho-hum Pink single, Tori could be filling arenas this time next year – pandemic permitting, of course.

For more: Tori’s second album, Provlépseis, is out now. 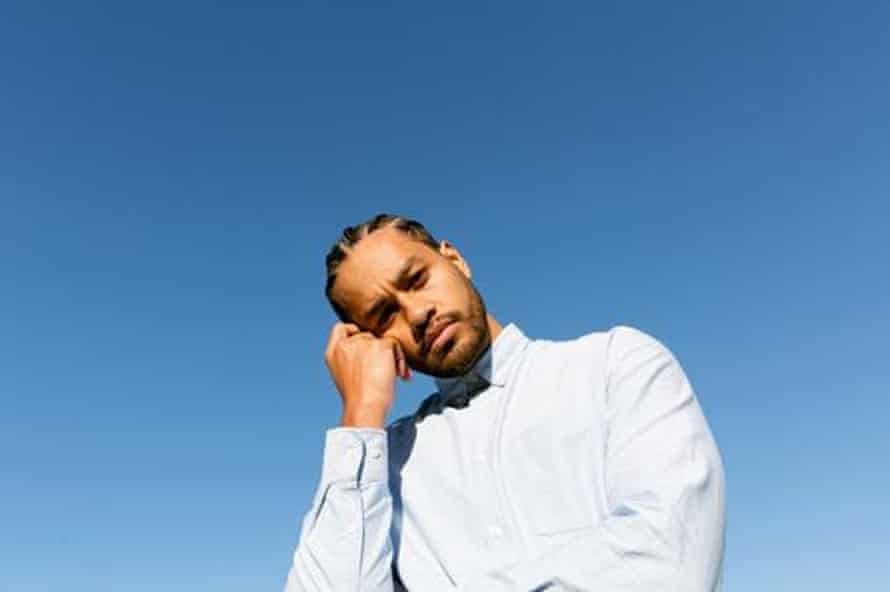 In 1991, Paul Kelly and Kevin Carmody went on a camping trip and, around the fire, started writing a tune about Vincent Lingiari and the Indigenous land rights movement. By 2am, an 11-verse, six-minute song had revealed itself, and although it wouldn’t be a hit single for either artist, From Little Things Big Things Grow has become one of the most recognisable and important songs in Australian music. It is taught to schoolchildren around the country; its lyrics hang in the National Museum of Australia. Numerous cover versions have emerged since, the song firmly forged in our national consciousness, but until Ziggy Ramo, nobody had taken the bones of the tune and built upon them, updating the lyrics to focus on the current and past struggles of Indigenous Australians. The slow-burning update samples Kelly and Carmody’s chorus and weaves Ramo’s own experiences around the catchcry. A video clip filmed from atop the Sydney Opera House adds an extra poignancy to a song that looks back in anger, and forward with hope.

For more: Ziggy’s album Black Thoughts is out now.

For fans of: The Byrds, early REM, Big Star

In the midst of the Finalists’ gorgeous jangle, with chiming guitars and dreamy Teenage Fanclub-style harmonies, you may find yourself jerked out of the dreamscape by a reference to Marlboro Lights. Cigarette smoke can infiltrate even the shiniest of utopias, and as you begin to recalibrate, and listen to the lyrics, you soon realise this is a song about the end of the world. Not only about the mindless destruction of planet Earth, mind, but about one man’s punt that the whole kit and caboodle is going to blow sky high before he does, so he may as well run out the clock with his lungs filled with cigarette smoke. It’s a dark way to face the abyss, but when it sounds as life-affirming as Hunting Knife does, with its warm blend of everything from Laurel Canyon Byrds to Orange County Rex, it’s hard not to ask for more.

For more: The Finalists’ album First is out now.

For fans of: Pnau, Flume, Empire of the Sun

Luke Steele’s spaceship has landed in the year 3000, and even if you are yet to see the visuals for his latest musical odyssey, you can just imagine the vast dystopian landscape built by a video game engine, with grey, lifeless skies and Steele in a ridiculous costume being chased by space creatures. Right? Where Empire of the Sun imagined the future through the lens of 1980s science fiction, all neon swirls and disco synths, H3000 sounds resolutely like 2021, with vocals chipmunking and auto-tuning over a serviceable dance beat. It’s all affixed to layers of lush production work courtesy of Steele’s co-pilot, Jarrad Rogers, who – with a CV that covers everything from co-writing on Delta Goodrem’s debut album to working on Charli XCX records – seems to steer the modern sound of this project. Steele, meanwhile, is one step closer to making the perfect soundtrack for the sci-fi film playing in his head.

For more: Their debut album H3000 will be out on 17 September. Listen to the previous single, July Heat. 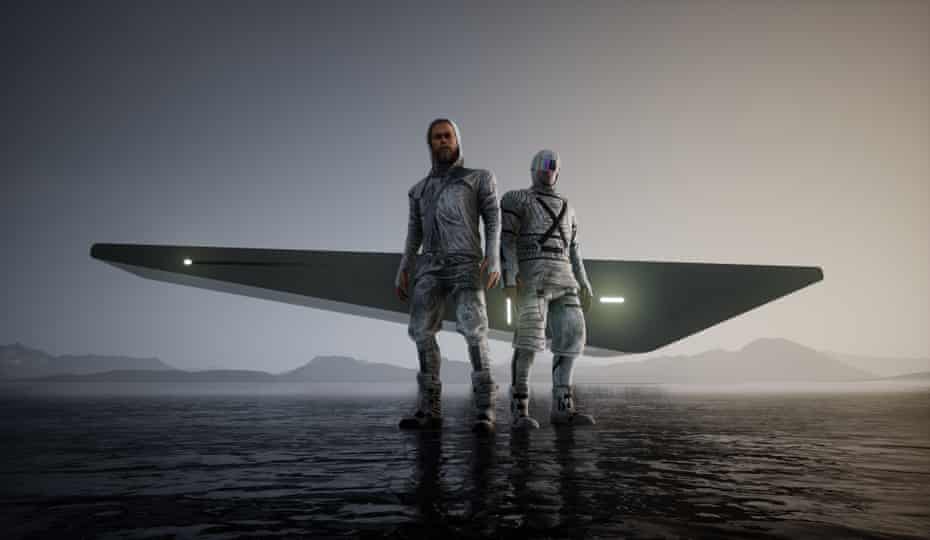 Luke Steele’s spaceship has landed in the year 3000. Photograph: Collider

For fans of: The Pretenders, the Human League, the Modern Lovers

Isabella Manfredi’s first solo single, the raw if undeniably poppy Jealousy, was written and recorded in just two takes. These demo recordings ended up on the final product – her public statement of divorce from the Preatures, the group that she formed a decade ago and quietly left a year ago, in the midst of a relationship breakdown. Sonically, Jealousy could easily have been the follow-up to the band’s breakthrough single Is This How You Feel, evident in the pulsing bass that drives the song and the skipping-stone melody that sets it apart from thousands of 80s-leaning soundalikes. Not surprisingly, this was originally meant to be a Preatures song, but a brighter production sheen and no further need to lean on an often-rigid band formula brings this closer to Deborah Harry after she left Blondie, if you will. It seems Manfredi is headed onwards and upwards – even if she glances back from time to time.

For more: Check out either of the two Preatures albums.

For fans of: The Sleepy Jackson, Animal Collective, the Flaming Lips

What we have here is the most civilised break-up song in the history of music. There are no accusations of mistreatment by either party, no longing or words left unspoken. An acknowledgement that the couple will stay in touch seems well-founded, and sometimes things just end and nobody is left holding the baby, so to speak. Musically, however, things are not so clear cut. Over a cheesy, reed-thin Casio beat last heard around the time the Berlin Wall fell, Snowe warbles in a voice born of the nasal passage, echoing back these thoughts in a sweeping, half-spoken baritone. It seems that Luke Steele must have let the copyright lapse on his Sleepy Jackson sound, as Emerson Snowe has swept right in and taken up where Steele left off. The result is a gorgeous, wonky tapestry, with lush walls of vocals, a killer chorus, and Snowe’s endlessly optimistic message shining through. Wonderful and weird.

For more: Snowe’s Splatterpunk EP will be out on 23 June. Listen to first single Frankenstein.