Surrounded by love. Alex Trebek’s widow, Jean Trebek, spoke out for the first time since the Jeopardy! host lost his battle with pancreatic cancer.

“My family and I sincerely thank you all for your compassionate messages and generosity,” Jean, 57, wrote via Instagram on Wednesday, November 11, alongside a photo from her and her late husband’s April 1990 wedding. “Your expressions have truly touched our hearts. Thank you so very, very much. Many Blessings to all, Jean Trebek.”

Alex died at the age of 80 on Sunday, November 8, while surrounded by family and friends at home. He had been diagnosed with cancer in March 2019 and continued to host Jeopardy! for 18 months. 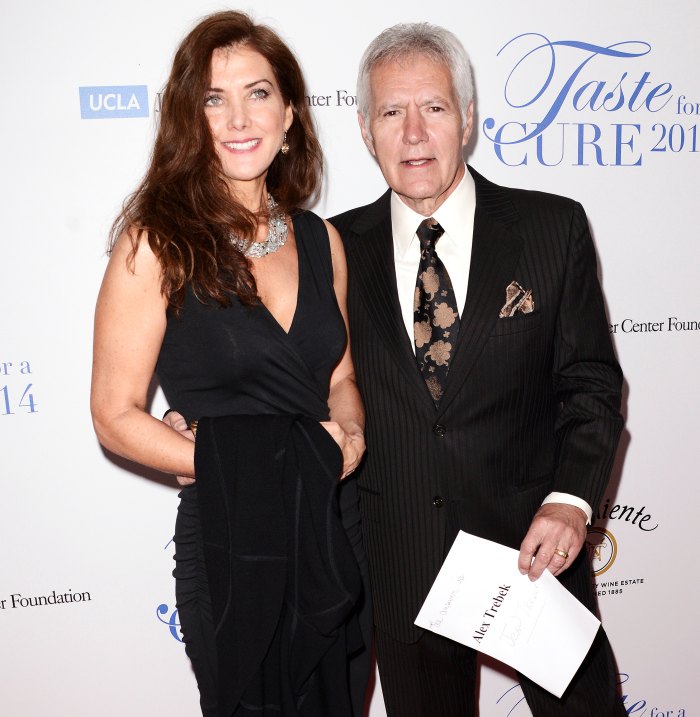 “This is an enormous loss for the Jeopardy! staff, crew and all of Alex’s millions of fans,” the game show’s executive producer Mike Richards said in a statement on Sunday. “He was a legend of the industry that we were all lucky to watch night after night for 37 years. Working beside him for the past year and a half as he heroically continued to host Jeopardy! was an incredible honor. His belief in the importance of the show and his willingness to push himself to perform at the highest level was the most inspiring demonstration of courage I have ever seen. His constant desire to learn, his kindness, and his professionalism will be with all of us forever.”

The Daytime Emmy winner was last in the Jeopardy! studio on October 29, just 10 days before his death. His final episode is set to air on December 25. Producers have not yet announced a replacement host.

Alex thanked Jean for being his primary caretaker during a joint interview in January, telling ABC News, “She has to deal with her worrying about my well-being. … I’m not always the most pleasant person to be around when I’m experiencing severe pain or depression, and she has to tread lightly around me.”

The metaphysicist, with whom the TV veteran shared son Matthew, 30, and daughter Emily, 27, was quick to turn the conversation back to her love for Alex.

“He certainly has a great intellect, but his heart is really beautiful, and I think that comes across through Jeopardy!” she said at the time. “As I’ve seen Alex grow over time, his self-awareness, his compassion has beamed, blossomed in such a beautiful way.”