The 30 Rock alum tweeted, “Switching accents? That sounds … fascinating.” Not only was the New York native referencing the Crown star, 52, bouncing between her English and American accents, but he seemed to be subtly addressing the allegations surrounding his wife Hilaria Baldwin’s accent and cultural appropriation.

Alec’s comment was “not meant to be offensive,” he said in the Instagram video. “The person I was referring to is someone I am a huge fan of … and that comment was meant to just illustrate the point that multicultural expressions of anyone … that’s your business.”

The Saturday Night Live alum added that Twitter users can’t be ironic, saying, “You can’t do any irony in the United States anymore, because the United States is such an uptight, stressed-out place and unpleasant place right now. … The problem with Twitter is, it’s a lot of haters. It’s one-third interesting posts, one-third tedious, puerile nonsense, and then it’s one-third abject hatred and malice and unpleasantness.” 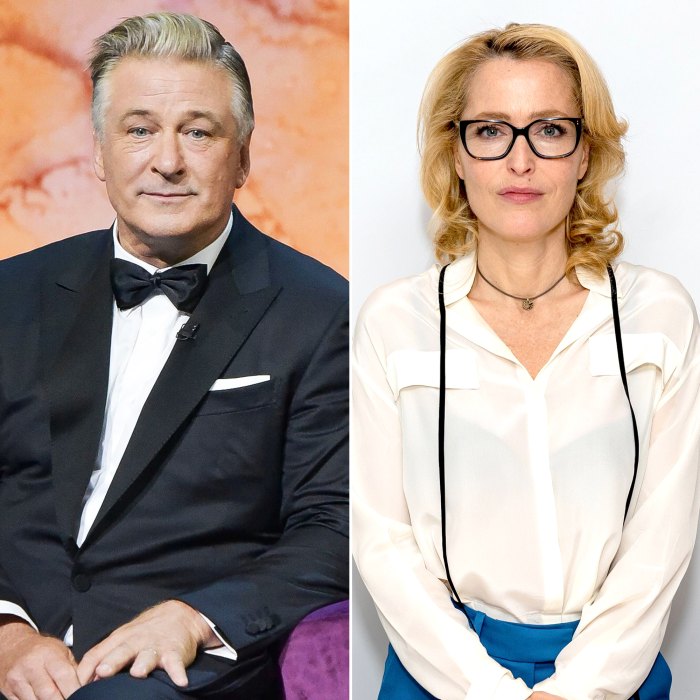 The Oscar nominee said that the app was “where all the a–holes in the United States and beyond go to get their advanced degrees in a–hole-iness.”

In December 2020, Hilaria, 37, was accused of faking her Spanish accent and lying about her heritage. After a social media hiatus, the Living Clearly Method author returned to Instagram in February.

“I’ve spent the last month listening, reflecting, and asking myself how I can learn and grow,” the “Mom Brain” podcast cohost wrote last month. “My parents raised my brother and me with two cultures, American and Spanish, and I feel a true sense of belonging to both. The way I’ve spoken about myself and my deep connection to two cultures could have been better explained — I should have been more clear and I’m sorry. I’m proud of the way I was raised, and we’re raising our children to share the same love and respect for both. Being vulnerable and pushing ourselves to learn and grow is what we’ve built our community on, and I hope to get back to the supportive and kind environment we’ve built together.”

The following month, the fitness guru surprised her Instagram followers with a photo of her family — including newborn daughter Lucia. The little one, who arrived via surrogate, joined older siblings Carmen, 7, Rafael, 5, Leonardo, 4, Romeo, 2, and Eduardo, 5 months.

Alec opened up about “being an older dad” to their six children, as well as his and ex-wife Kim Basinger’s daughter, Ireland, 25, in Wednesday’s video. “Work is less important to me now, I don’t really need to work too much right now,” the Drunk Parents star said. “I’ve worked a lot. I’ve tried to balance that a lot with my wife and kids. I love my children more than I could possibly put into words.”