We’re barely a week into November, but let’s face it – the second Halloween is over, it’s basically Christmas.

And we’ve been gifted with our first cinematic Christmas ad of the season, in the form of Kevin the Carrot’s festive journey home, soundtracked by the theme from Home Alone.

Aldi teased the continuation of Kevin’s story last month, when in a Top Gun-esque clip, the vegetable acted the daredevil while flying a plane.

Unfortunately a turkey co-pilot tried to open a window, but ejected Kevin from the plane, leaving the carrot parachuting into the unknown and all of us asking – #WhereIsKevin?

Thankfully, we know now, as Aldi dropped part two of its Christmas campaign.

We see Kevin’s wife Katie and kids Jasper, Chantenay and Baby preparing for Christmas at home, with little carrot Baby announcing: ‘It’s not Christmas until my daddy gets home.’ 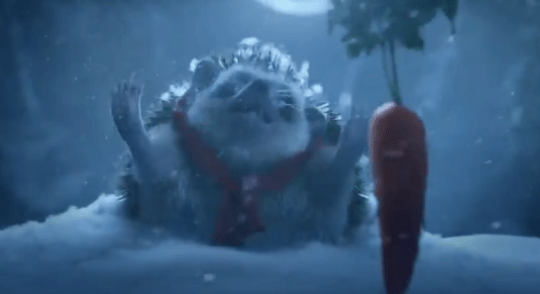 Kevin is helped out by a hedgehog (Picture: Aldi) 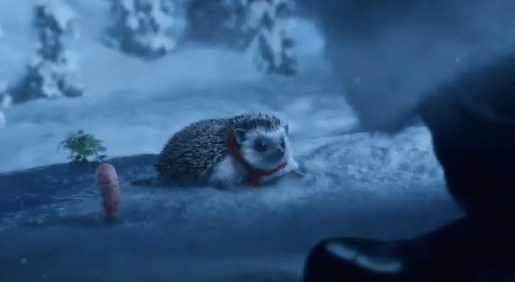 Santa comes to save the day (Picture: Aldi)

Kevin meets a hedgehog, Harry, who attempts to help him by giving him a piggy back (to the theme of Pirates Of The Caribbean), but their madcap race is thwarted by ice and a big fall.

But do not worry, as Santa is here to come to the rescue.

Father Christmas finds Kevin and his hedgehog pal in the snow, and instead of taking them home in his sleigh, he hops onto his bicycle and flies through the air, ET style, with Kevin’s kids seeing the silhouette across the full moon.

Kevin is reunited with his family in time for dinner, with Santa reading: ‘The magical moment was finally here, Christmas together with those you hold dear.’ 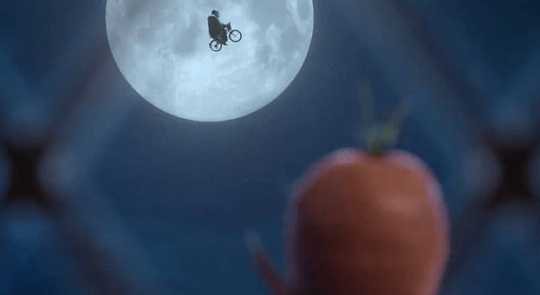 The ad is littered with cinematic references (Picture: Aldi)

While the ad steers clear of any mentions of Covid-19 and lockdown, the ‘getting home for Christmas’ message is sure to resonate at a time when the usual family festivities are up in the air.

The ad instead opts for plenty of references to classic films – and you may notice another starry cameo in the form of the man in the big red suit.

Star Trek actor Colm Meaney plays Santa in the ad, and he was pretty chuffed to be taking on the iconic role.

He said: ‘I thought it was about time that I played the big man himself and so was delighted to be asked by Aldi to be part of its Christmas campaign. 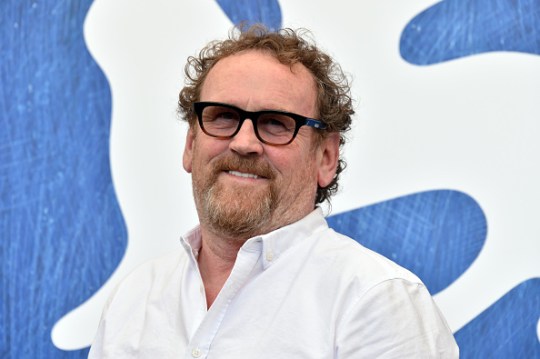 ‘Kevin the Carrot and his family were incredibly welcoming on set and the whole experience was a total joy – even getting in and out of the big red suit.

‘This year has been incredibly challenging for everyone, but I hope that over the festive season people will be able to enjoy this special time with family and friends – and maybe the odd mince pie or turkey sandwich.

‘Oh, and contrary to many men during lockdown, I can confirm that the beard is not mine.’

Kevin the Carrot has been Aldi’s Christmas mascot since 2016, and Aldi is capitalising on the carrot’s popularity this year with a range of mugs, pyjamas and tree decorations, as well as the usual Kevin plush toys.