AJ Pritchard’s girlfriend Abbie Quinnen has revealed the true extent of her horrific burns six months later and how she looks after them on a daily basis.

The dancer, 24, was badly injured after she tried to film a life hack that involved cutting a glass bottle in half to become a vase by dipping a rope into a flammable chemical and lighting it.

Abbie had to have three skin grafts amid 20 hospital visits and has now spoken about the lasting effects of the accident experiences on Lorraine with AJ, 26.

‘Some days I just sit inside and I cry all day. I look at myself in the mirror and if I’m not happy with what I’m wearing I end up crying and just get back in bed,’ she said.

‘I feel like I’m less fun now because I’m aware of everything around me.’

She added: ‘I am definitely very anxious…it’s a whirlwind of emotions, that’s for sure…I wonder why and when it’s going to be over.’

The 24-year-old has to moisturise her burns four times a day to ensure she’s looking after her skin.

Abbie said: ‘I basically just have to use circular motions and keep all of my scars hydrated. And after I do that I use my silicone sheets.

‘Then I put my compression vest on, which I wear for 23 hours a day.’

AJ, who is also in the clip, mentioned how hard it is to see what his girlfriend has to go through. 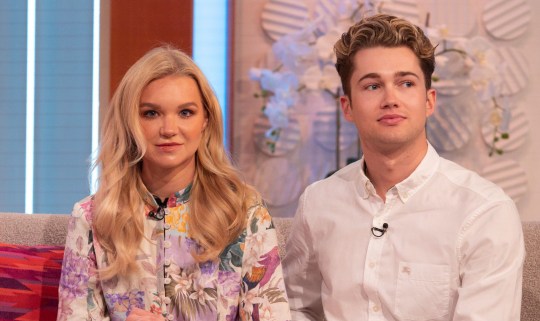 The dancer has shared how she copes with the burns now (Picture: Rex) 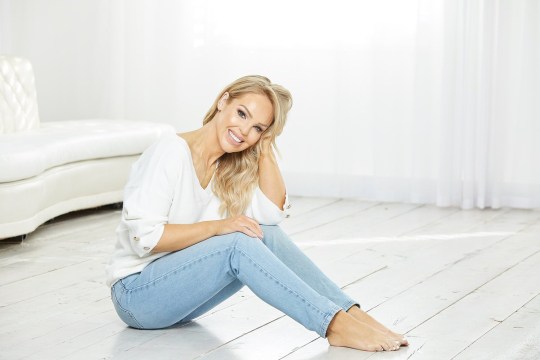 Katie Piper was the victim of an acid attack (Picture: Dan Kennedy)

During the appearance, Abbie met up with Katie Piper, the victim of an acid assault in 2008, who helped to rebuild her self-confidence.

They spent time together at a swimming lido, where Abbie gained confidence in putting on a bikini and allowed others to see her body for the first time.

Abbie previously told Lorraine that she initially feared she would never fully recover after the horrific accident.

‘I think when it happened I was just thinking the worst, my face is never going to look the same again,’ she said.

‘[I thought] I was always going to have scars on my body, I’m never going to be able to dance or perform and do what I love doing, so I instantly thought that was it for me. Luckily my face is healing really well.’

Lorraine airs weekdays from 9am on ITV.