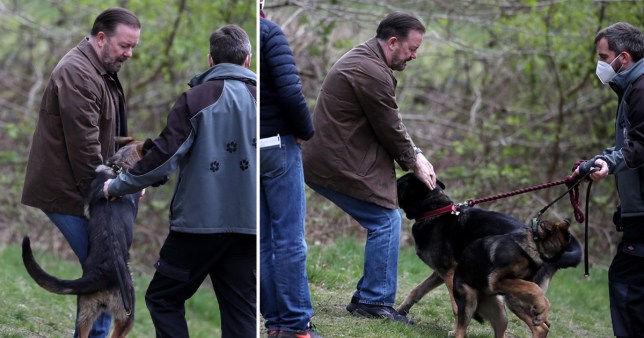 Ricky Gervais reunited with his co-star Anti as he filmed season three of After Life (Picture: Rex)

Ricky Gervais has reunited with his beloved co-star, German Shepherd Anti, on the set of After Life season 3.

The animal loving comedian and actor has previously spoke about developing a close bond with the dog, who has proven to be a lifeline to his character Tony during the depths of depression.

In the bittersweet Netflix series, Tony considers taking his own life, only to be stopped by worrying about his dog Brandy, and who will take care of him after he dies.

Throughout the course of the series, Tony – who is struggling with life after the death of his love, Lisa (played by Kerry Godliman)- often relies on Brandy in his time of need.

At the end of season two, Brandy saves his life again, and it seems that in the new episodes we continue to see the positive effect dogs have on Tony’s life as he continues to grieve Lisa.

In the new scenes being shot today, Ricky and Kerry were seen filming more home videos of Tony and Lisa before she got sick, and joked around in a field alongside their pet dog. 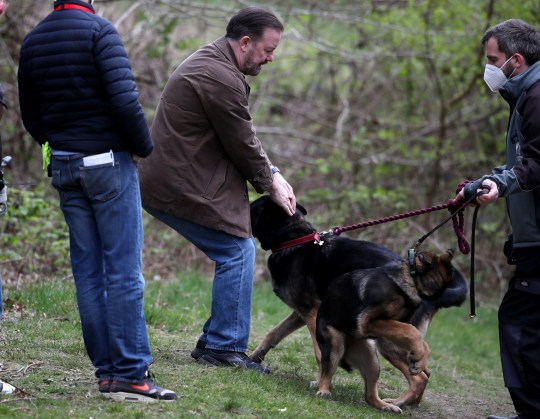 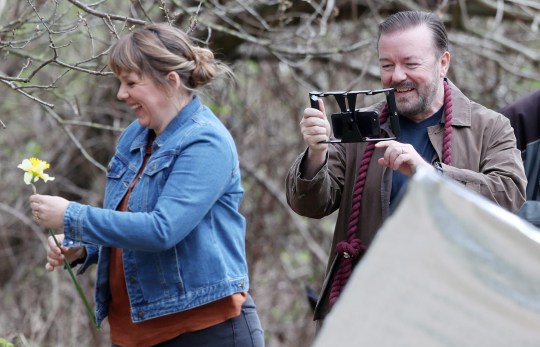 The sweet scenes are set before Lisa got cancer (Picture: Rex)

The home videos have become a source of comfort for Tony following Lisa’s death, and he’s often seen looking back on them when he misses her.

Season three is the final instalment of the dark comedy, with Ricky insisting he wants to end the show at this point.

It’s reported Netflix offered him £5million in order to agree to it. 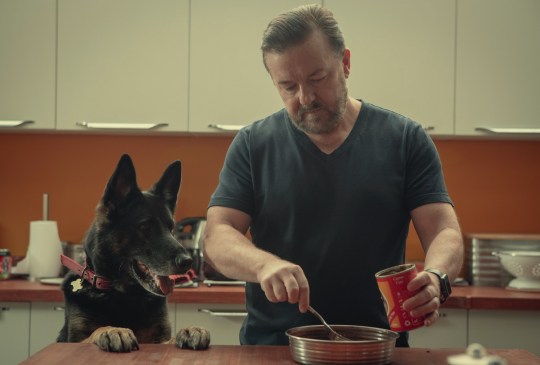 Tony’s beloved dog has saved him from taking his life twice (Picture: Netflix)

Announcing the news on Twitter, he said: ‘Because so many of you watched #AfterLife2 so quickly and made it Number 1 again, the nice people at @Netflix have suggested that I get off my fat a**e and do another season. This is all your fault.’

Filming began on Monday, with a release date for the show not yet known. 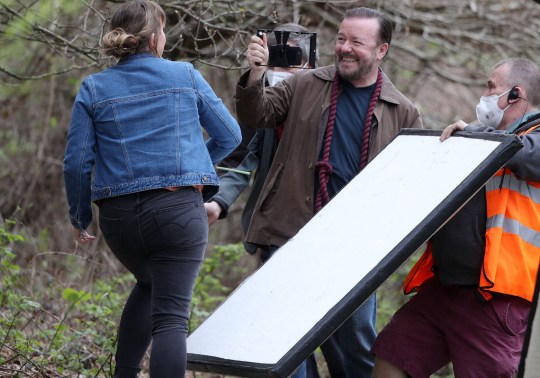 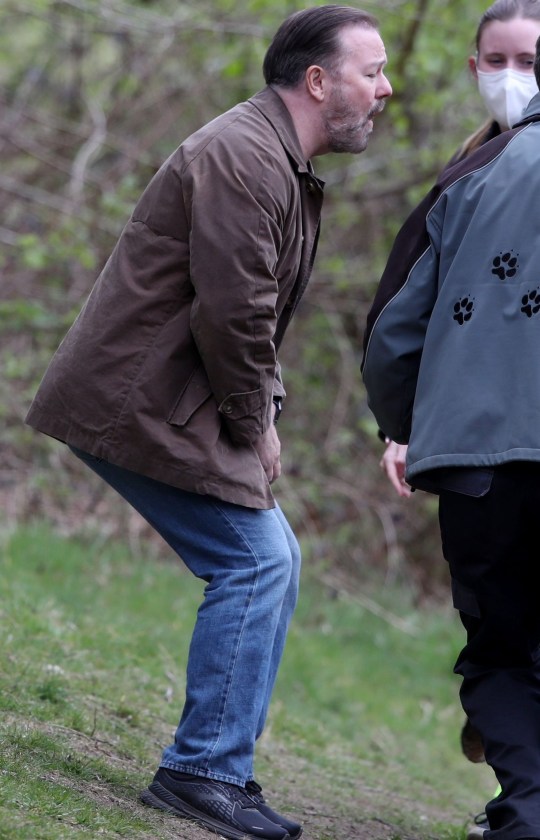 Ricky was seen playing with the pups between takes (Picture: Rex)

Joe Wilkinson, who plays Postman Pat, also spoke about his hopes for his character to get a happy ending in the melodramatic comedy if they were to return.

After Life 2 ended on a questionable note with Tony appearing to attempt to start a relationship with Emma (Ashley Jensen), his father’s care home nurse.

But Emma’s sudden appearance on his doorstep came moments away from him considering taking his own life once again.

After Life is available on Netflix.