Adele was seen singing her heart out in the snaps (Picture: Instagram/@Adele/@Ravieb)

Adele is gearing up for her epic performances at BST Hyde Park this weekend, as she was snapped rehearsing ahead of the big shows.

The Easy On Me hitmaker is clearly making sure her voice is top-top, as she rehearsed sat crossed-legged on a chair, with a tea beside her.

Donning casual clothes, she still looked to be giving some moves, as she threw an arm in the air during what looks to be a particularly high note.

Adele’s backing singers also got involved, and looked to be deep in concentration as they prepared for the show.

‘Who’s ready for tomorrow!?’ she captioned the photos on Instagram.

Adele, 34, will take to Hyde Park on Friday and Saturday, for a pair of special shows. 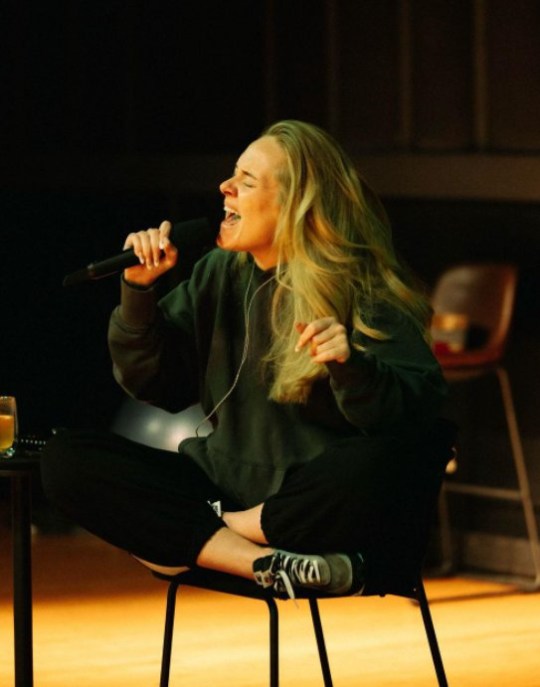 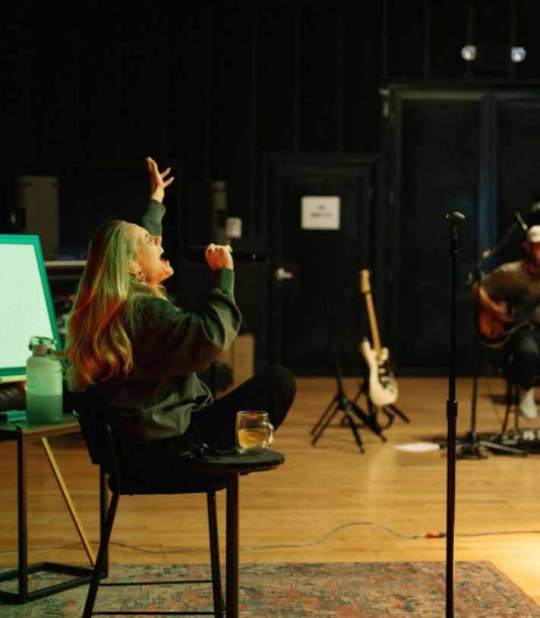 She’s making sure her voice is tip-top (Picture: Instagram/@adele/@ravieb)

It will be Adele’s first performance since the Brit Awards in February, which came just after she controversially cancelled her residency in Las Vegas. 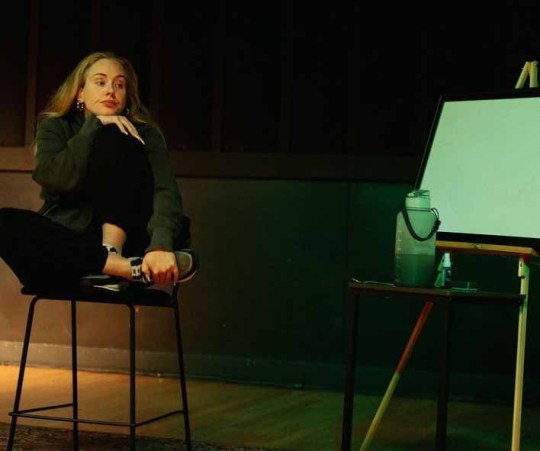 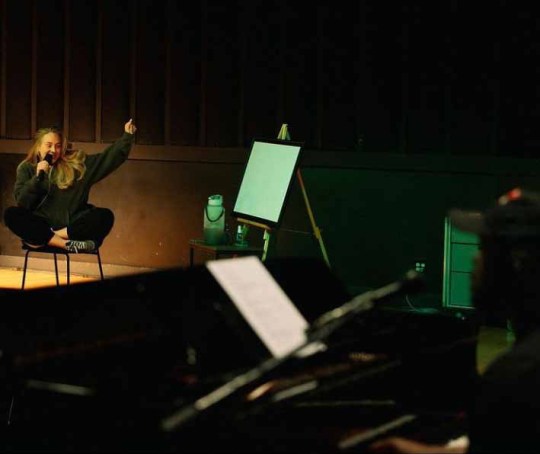 She looked to be having a blast (Picture: Instagram/@adele/@ravieb)

At the time, the star postponed a lucrative set of shows at The Colosseum at Caesars Palace just 24 hours before she was set to take to the stage, with many left out of pocket after spending thousands on flights and tickets.

In a tearful video at the time, she said: ‘I’m so sorry but my show ain’t ready. 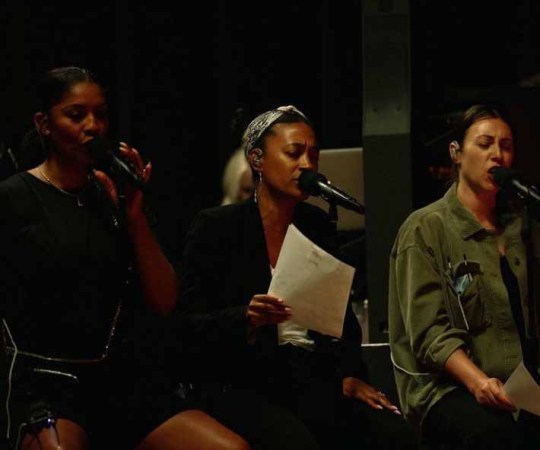 She shared the spotlight with her backing singers (Picture: Instagram/@adele/@ravieb) 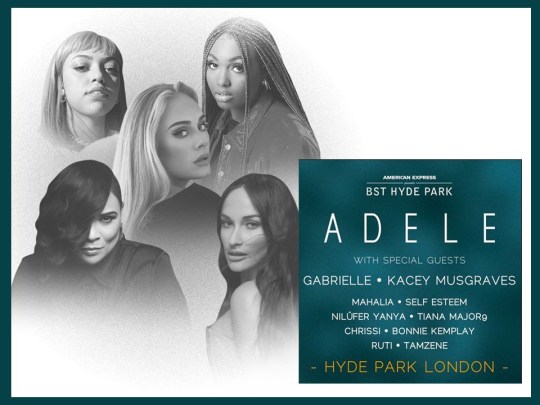 She’ll be joined by some incredible support acts (Picture: Twitter

‘We’ve tried absolutely everything we can to pull it together in time and for it to be good enough for you but we’ve been absolutely destroyed by delivery delays and Covid.

‘Half my crew, half my team have come down with Covid – they still are – and it’s been impossible to finish the show.’

However, she assured fans: ‘I’m going to finish my show and I’m going to get it to where it’s supposed to be. I’m so sorry, it’s been impossible. We’ve been up against so much and it just ain’t ready. I’m really sorry, I’m sorry.’

It’s since been reported that she’s finalising a new deal to open the much-delayed residency at the Zappos Theatre, with performances slated to kick off within months.