Adele has finally dropped her new album 30 and it’s a masterpiece (Picture: PA)

Adele has persuaded Spotify to remove the default shuffle button on all album pages, so tracks play in the artist’s intended order.

The Easy On Me singer, 33, dropped her latest album 30 on Friday, with fans in their feelings ever since – and Metro.co.uk giving it a whopping 4.5 stars.

Taking to Twitter, she urged revealed that her request for the music streaming platform has gone through, changing the way some may listen to her music.

Sharing a tweet from Pop Crave on the news, the Oscar winner penned: ‘This was the only request I had in our ever changing industry!

‘We don’t create albums with so much care and thought into our track listing for no reason.

‘Our art tells a story and our stories should be listened to as we intended. Thank you Spotify for listening.’ 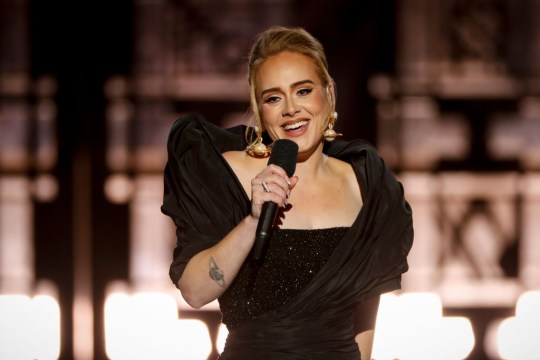 We’ve had 30 on repeat since it released on Friday (Picture: Getty)

While the option to shuffle tracks is still available, it is no longer the default choice.

Adele released her fourth studio album on Friday, with songs from the record already soaring up the charts.

The album details the breakdown of her marriage to charity boss Simon Konecki, with who she shares son Angelo.

Adele celebrated the release of the album by posting a snap on Instagram on Friday, as she grinned widely in the recording studio, perched beside a glass of white whine.

Alongside the photo, she wrote: ‘It was a ride, so I threw my arms up and screamed! Love you all.’

To coincide with the launch, ITV is broadcasting a special concert filmed at the London Palladium, titled An Audience With Adele.