Adele has finally released her anticipated new song, Easy On Me, after a six-year hiatus.

The Grammy-winning singer officially made her musical comeback on Friday with the ballad hitting streaming services at the stroke of midnight.

The track will lead Adele’s upcoming fourth studio album, 30, which is set for release on November 26.

The black and white visuals for the piano-led Easy On Me open with her picking up a suitcase and leaving an empty house, off to start a new life post-divorce.

She then hops in her car and inserts a cassette tape – erm, loving the vintage vibes – before her familiar vocals ring out. By the time the second chorus comes around, the visuals switch to colour, symbolising Adele rediscovering her passion again and beginning the next chapter.

Lyrics include: ‘Go Easy On Me baby, I was still a child, didnt get the chacne to feel the world around me / I had no time to choose what I chose to do, so go easy on me.’

The 33-year-old recently explained how the album became her ‘friend’ as she wrote it in the wake of her marriage split and divorce from husband Simon Konecki in 2019. They share nine-year-old son Angelo.

Adele will release the 30 album in November (Picture: @adele, Instagram)

In a heartfelt letter announcing 30, Adele told fans: ‘I was certainly nowhere near where I’d hoped to be when I first started it nearly three years ago… And yet there I was knowingly – willingly even, throwing myself into a maze of absolute mess and inner turmoil!

‘I’ve learned a lot of blistering home truths about myself along the way. I’ve shed many layers but also wrapped myself in new ones. Discovered genuinely useful and wholesome mentalities to lead with, and I feel like I’ve finally found my feeling again. I’d go so far as to say that I’ve never felt more peaceful in my life.

‘And so, I’m ready to finally put this album out.’

The Hello singer went on to recall how she ‘sobbed relentlessly’ at the end of her marriage.

Adele walks away from her old life in Easy On Me (Picture: YouTube)

She continued: ‘When I was writing it, it was my friend who came over with a bottle of wine and a takeaway to cheer me up. My wise friend who always gives the best advice. Not to forget the one who’s wild and says “It’s your Saturn rising babes f**k it, you only live once”.

‘The friend who’d stay up all night and just hold my hand while I’d sob relentlessly and take me somewhere I said I didn’t want to go but just wanted to get me out the house for some vitamin D.’

‘And then that friend who no matter what, checked in on me even though I’d stopped checking in with them because I’d become so consumed by my own grief. I’ve painstakingly rebuilt my house and my heart since then and this album narrates it.

‘Home is where the heart is x,’ she added. 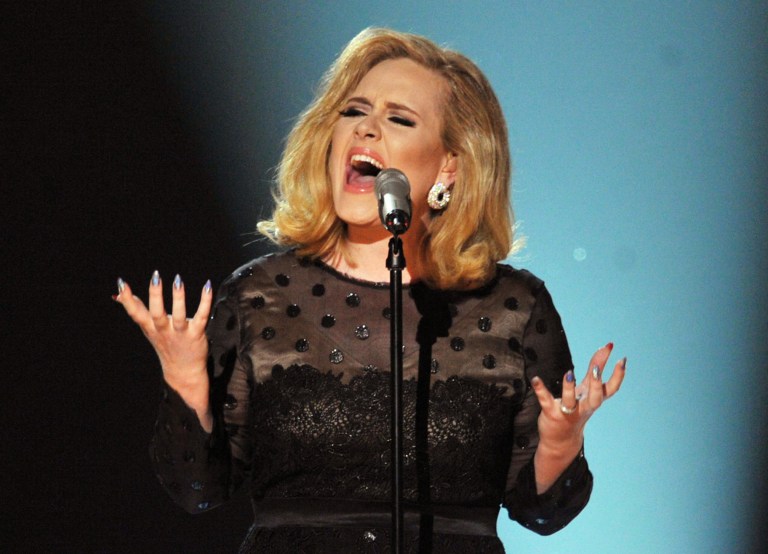 In a recent interview with Vogue, Adele explained that 30 wasn’t originally intended to be a break-up album, but she realised she was writing songs to explain the split to son Angelo.

The Rolling In The Deep singer explained: ‘I wanted to put it on the album to show Angelo what I expect him to treat his partner like, whether it be a woman or a man or whatever.’

‘I didn’t want to end up like a lot of other people I knew. I wasn’t miserable miserable, but I would have been miserable had I not put myself first.

‘But, yeah, nothing bad happened or anything like that.’

Adele released her last album, 25, in 2016 and went on to embark on a 128-date worldwide tour. Industry experts are now predicting that she could rake in up to £600million from her next tour due to high demand.