Adele was keen to help a fan in trouble while Niall controlled the crowd (Picture: Getty/TikTok/@shane.dermott/Twitter/@tatyyduran)

Footage of Adele and Niall Horan both halting shows out of concern for their fans’ safety have gone viral in the wake of the Astroworld crowd surge that left eight people dead on Friday.

A TikTok user shared a clip of Adele singing Rolling In The Deep during a show at the Hammersmith Apollo in 2011 before the star interrupted her performance when she saw that a fan had fainted.

Posted with the caption ‘Adele stops the show when someone passed out’, the chart-topper is shown saying: ‘Stop, stop, stop – someone’s fainted again. Excuse me, medic, right in the middle.’

As she tried to direct the medical team to the attendee in need, Adele asked: ‘Are you alright? Can you see? Can someone look like they care, please? Someone’s fainted over there.’

She also checked on the fan herself, shouting from stage: ‘Is anyone coming to you? Has it been sorted?’

The Easy On Me singer could then be heard asking crowds to move out of their way as the medical team made their way through the crowd.

Once she was happy, the Tottenham-born star then launched back into her song, telling the crowd: ‘Thank you. Guys, this is Rolling In The Deep!’

The clip, which has been viewed over 20million times, was posted alongside the caption: ‘[She] didn’t carry on until she knew they were safe’ and an applause emoji, with social media users lining up in the comments to praise the 33-year-old, who was then 23. 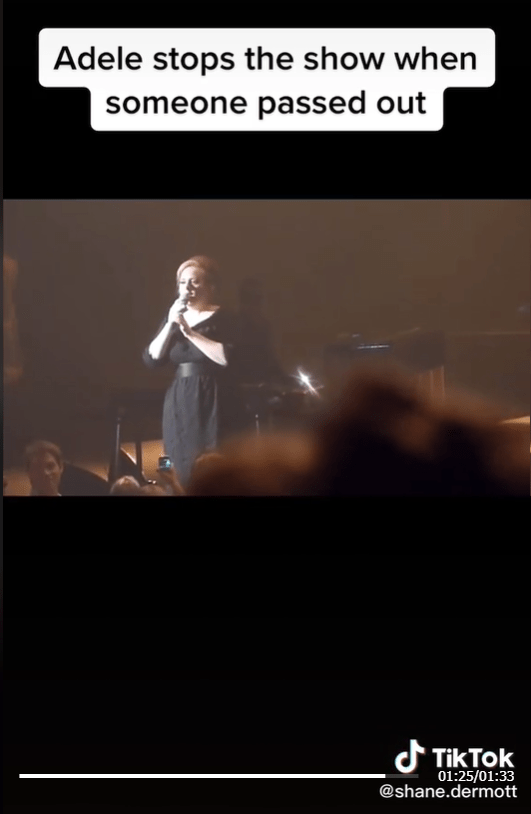 The star was praised for her concern (Picture: TikTok/@shane.dermott) 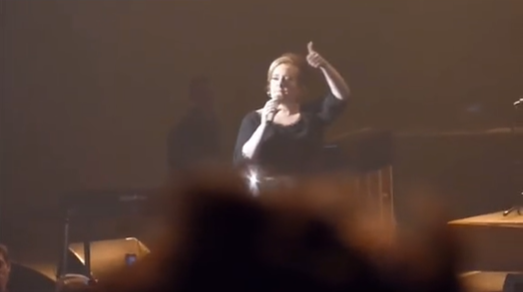 Adele carried on with the show after confirmation the fan was being attended to (Picture: TikTok/@shane.dermott)

‘“Can some look like they care” queen [sic]’ quoted one, while another wrote: ‘The way she genuinely seemed worried says a lot tbh.’

‘Another reason why I love Adele,’ one fan commented.

‘Cause she’s a queen,’ added another. 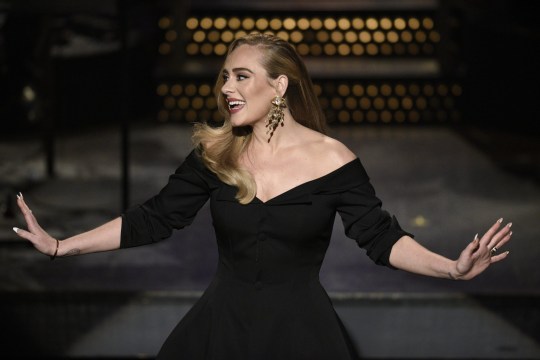 Adele is back in the public eye again with upcoming shows and her new album, 30 (Picture: NBCU/Getty)

Former One Direction star Niall Horan was similarly applauded on the social media platform after a speech he made to the crowd at an Argentina show in 2018 was posted by a TikTok fan account.

The Irish 28-year-old delighted fans as he was seen proclaiming to the crowd: ‘Your security is my responsibility, okay?’

As he shared worries over the show getting cancelled, he started trying to direct people to the back of the room where there was ‘a ton of space’.

He added: ‘We don’t anyone getting hurt or squashed – and this swaying is very dangerous.

‘Let’s organise this before we go any further, okay?’

The clip has been ‘liked’ over a million times at the time of publication, with one fan joking: ‘Perfect example of why I never grew out of my One Direction phase.’ 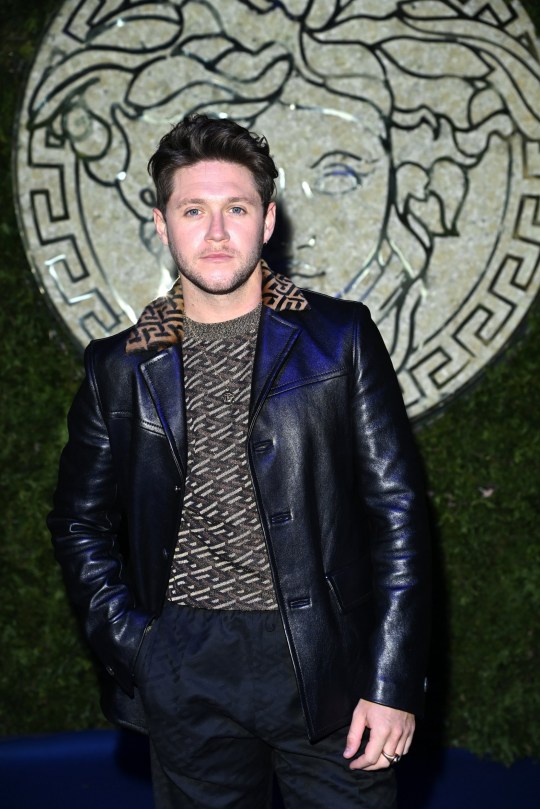 Eight people, one as young as 14, died and dozens more were injured after people were crushed when the crowd surged towards the stage at Travis Scott’s Astroworld festival in Houston, Texas at the weekend.

The rapper was warned about crowd safety ahead of his performance, with Houston Police Chief Troy Finner confirming he visited the rapper in his trailer to ‘voice concerns’ about the crowd that had amassed for the Friday show at NRG Park.

Scott – real name Jacques Berman Webster II – and his team have also come under fire for reportedly letting him continue with his set long after the crush began killing concertgoers. 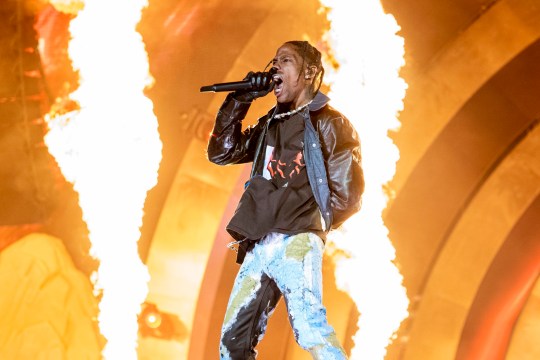 Travis Scott during his performance at Astroworld on Friday (Picture: Erika Goldring/WireImage)

The promoter quickly agreed to stop the show, yet the rapper appeared to keep playing till the end of his 75-minute set, at 10.15pm, the newspaper reported.

Both Scott and Drake, who made a surprise appearance alongside his fellow musician at Astroworld on Friday, are being sued for $1million (£742,000) for the ‘preventable’ tragedy.

According to TMZ, concert-goer Kristian Paredes has reportedly filed a lawsuit naming Scott, Drake – real name Aubrey Graham – and concert promoter Live Nation as well as others for negligence and alleging that the rappers helped to incite the crowd.

Both stars have spoken out in the aftermath of the tragedy, with Drake saying he is ‘broken’ and ‘praying’ for the families of the victims.

Scott, who described himself as ‘absolutely devastated’ by the events in the aftermath, has since pledged to give full refunds to all Astroworld attendees, as well as vowing to cover the funeral costs of those killed and provide online counselling to those affected.

The statement announcing these plans described them as ‘the first of many steps Travis plans on taking as a part of his personal vow to assist those affected throughout their grieving and recovery process.’