Moving on! Aaron Rodgers has a new lady in his life following his split from Danica Patrick: Shailene Woodley.

“Aaron and Shailene are dating!” a source tells Us Weekly. “They started off as friends, but things have turned romantic. The two are staying in contact while they are living away from each other. The relationship is long-distance for right now, but they are making it work.”

A rep for Patrick, 38, confirmed to Us at the time that she and Rodgers, 37, were “no longer together” after more than two years of dating. Just before the split news broke, fans noticed that Patrick had unfollowed Rodgers on Instagram. She last posted a photo of him in April 2020, while Rodgers’ last couple shot with Patrick appeared on his Instagram page in March.

Rodgers met Patrick at the 2012 ESPY Awards. From there, they continued to stay in contact off-and-on for years before developing a romance. 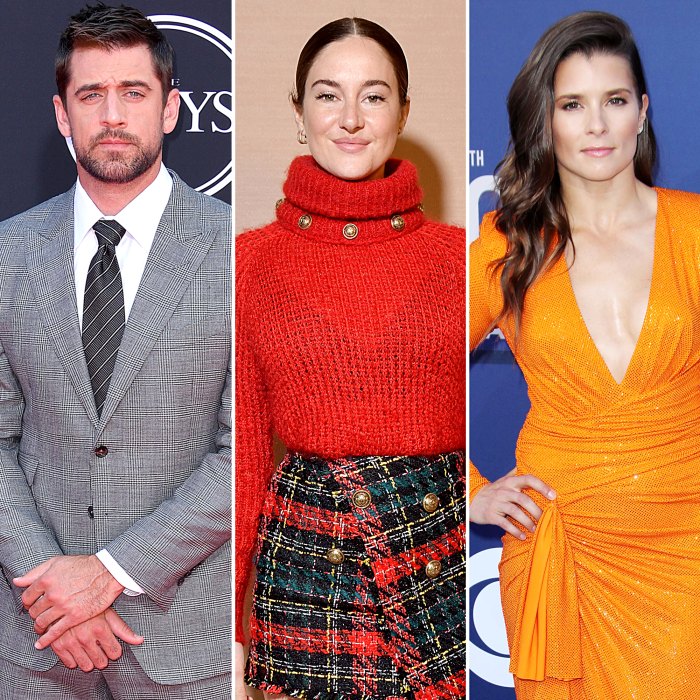 “I remember it was, like, some afterparty and we were at the bar getting a drink,” Patrick recalled of the former pair’s first meeting on Alex Rodriguez and Barstool Sports’ Dan Katz’s “The Corp” podcast in December 2019. “We started talking and he was, like, throwing some movie lines. I’m like, ‘This guy’s really funny!’ And we, kind of, randomly kept in touch from that point on.”

The former pair were first spotted together in December 2017 when they grabbed a bite to eat at a restaurant in Green Bay, Wisconsin. Us confirmed their relationship in January 2018.

Over time, Patrick teased the possibility of the twosome getting engaged. The former couple also purchased a $28 million home together in Malibu in October 2019.

Woodley, for her part, was dating Fijian rugby player Ben Volavola before her romance with Rodgers flourished. The former pair were first linked in 2017, when the 29-year-old Big Little Lies actress posted an Instagram photo of the pair’s entangled hands. After more than two years together, the exes split in early 2020.

Speaking to Bustle in April 2020, the Divergent actress opened up about what led to her breakup from the 30-year-old athlete. “I was in a relationship with someone and we were very much on the road to marriage and children,” she explained to the publication. “I realized I was still at an age where I wasn’t able to fully commit. I couldn’t be available to him in the way that I wanted to be. I didn’t fully love myself.”

Woodley then admitted that she previously used relationships as a way to “distract” from her getting better acquainted with herself, adding, “I can’t run from myself. I can try, but my house is not that big.”

Us Weekly has reached out to reps for Rodgers and Woodley for comment.