Grief can take many forms. For Hiroki, the sullen samurai protagonist of action-sidescroller Trek To Yomi, his grief is all swords and blood. As you follow Hiroki through childhood, adulthood and beyond, you come to know a man haunted by grief, guilt and violence.

Trek To Yomi is a very short game – you can expect to roll credits in around three to five hours – but Hiroki’s brief journey is packed with a heartfelt story. At face value, the plot is an age-old tale of vengeance, but once you scratch beneath the surface it becomes an ethereal quest to pick apart the nature of samurai culture.

At first you’ll stand firmly by Hiroki’s honourable decisions – even as they inadvertently cause tragedy – but Trek To Yomi‘s sharp writing gently leads Hiroki and the player to reckon with the consequences of loyalty, love and duty. It soon becomes apparent that developer Leonard Menchiari isn’t afraid to challenge the samurai image pushed by the very films that inspired Trek To Yomi – and the result is a spiritual, engaging plot that never wastes a moment of the game’s short runtime.

As Trek To Yomi‘s story grows more evocative, the scenery becomes stranger. Burning villages are traded in for haunting caverns, while foggy swamps lead to surreal temples. As the title suggests, Trek To Yomi takes players to Yomi – the Japanese land of the dead. Hiroki’s quest into the the underworld bears a bloody resemblance to ancient Greek tales of Orpheus and Persephone, but it’s Trek To Yomi‘s imaginative blending of Shinto mythology and Kurosawa cinema that makes every area captivating to play through. Each area is complemented perfectly by composer Cody Matthew Johnson’s authentic soundtrack, an emotive score that works overtime to bring each level to life.

Hands-down, the best thing about Trek To Yomi is the way these levels are presented to the player. Along with the game’s black and white filter, every screen in the game is framed in the style of a film shot – and whether you’re traversing through brief action sequences or lingering landscape shots, Trek To Yomi is one of the most visually appealing games in recent memory. As it’s a 2D game, Menchiari has a lot of room for creative framing: at one point you’ll take on bandits from the perspective of cowering spectators, while another scene stamps Hiroki front-and-centre to duel within a burning dojo. 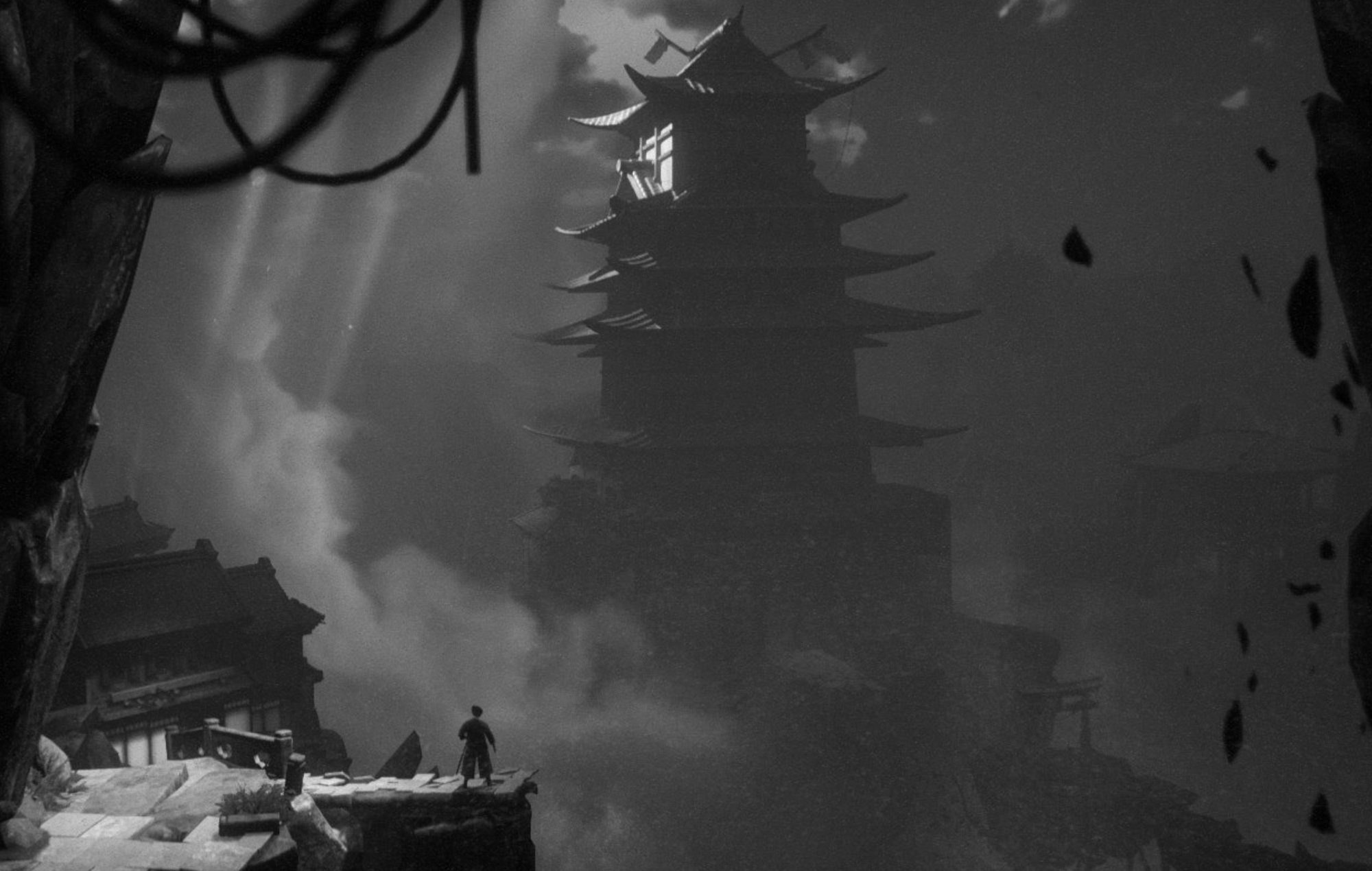 Occasionally, these shots will be a hinderance: when Hiroki has been reduced to a small speck on a pretty landscape shot, it can be difficult to fend off three bloodthirsty ghosts – likewise, it can be tough to see what you’re doing when the camera’s more focused on the flaming arrows in the background than the sword being thrust at your face. These moments are mildly frustrating, but they’re infrequent and never last long enough to put a dampener on Trek To Yomi‘s cinematic spectacle.

Luckily it’s not too intrusive, because combat is Trek To Yomi‘s bread and butter. Although there’s a sprinkling of puzzles to solve, you’ll rarely go two minutes without running into something that needs killing. At first, fighting is a little reductive: you can hew down bandits by simply waiting for them to charge headfirst into your sword, and rarely will anyone pose a genuine challenge. As you go on, Hiroki turns his sword to more supernatural foes, and combat improves vastly. These encounters involve more prolonged combat (a ghost is a lot harder to kill than a shirtless hooligan), which is a big win for the game as it gives the combo-based sword-fighting system more room to breathe. 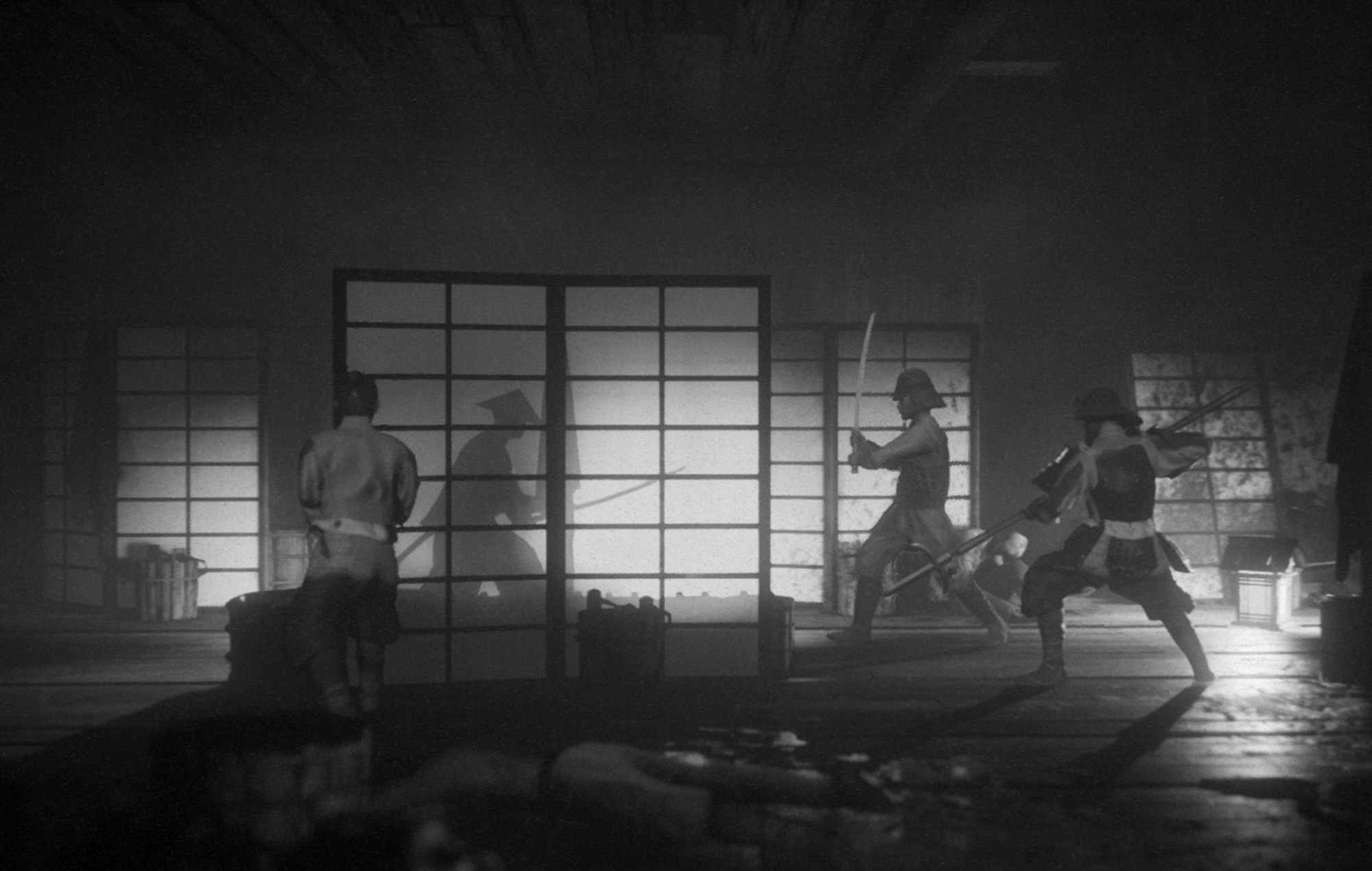 As Trek To Yomi progresses, you’re given several ranged weapons and a long list of combination abilities to master. One combo may open enemies up for a gruesome execution, while another might be better suited for sliding Hiroki’s sword through an armoured fighter’s defences. Trying to pull off these moves can be difficult as you need to get the input right while continuing to parry blows, but it’s incredibly satisfying when one works and you’re able to cleanly decapitate a fighter before they can land a single hit on you.

As you progress, you’ll likely develop your own playstyle and preference for dispatching screens-full of enemies, but it’s here that Trek To Yomi‘s brief runtime really hurts. Though a punchy story and gorgeous cinematography slot nicely into the limited length, combat doesn’t fare as well – players aren’t given enough nearly enough time to explore the combo system, and as a result the system feels a little squandered.

That being said, it doesn’t feel like something that would have been worth jeopardising the game’s pacing by drawing out. If you’re left hankering for more samurai swordplay by the end credits, Trek To Yomi‘s branching story provides several different endings to unlock – so there’s enough replayability there to justify going back for more. With all that Trek To Yomi has to offer, you’ll be hard-pressed to find many players who could resist another trip.

Trek To Yomi launches on May 5 for PC, PS4, PS5, Xbox One and Xbox Series X|S. NME reviewed it on PC.

Trek To Yomi will set you back the price of a cinema ticket, but guarantees more spectacle than you’ll find in most big-screen ventures. A killer combination of stylish swordfights and thought-provoking storytelling, Trek To Yomi should be high on your list of games to play this year.