Online ecosystems tend to dominate the shooter scene so much these days, it was a genuine surprise to see CrossfireX announce that a never-before-released campaign component would be arriving to coincide with the game’s console debut on Xbox.

Even more surprising was the developer we learned would be leading it. Remedy Entertainment is a solid creative team known for its mind-twisting single-player stories found in Max Payne, Alan Wake and most recently Control, sure, but these are all third-person shooters with a cool mechanical hook. What life can they breathe into this over a decade-old shooter? Not much, as it happens. And that’s despite its best efforts.

In all fairness, both of the two featured campaigns present in CrossfireX aren’t completely terrible. Operation Catalyst – as the first you’re encouraged to jump into – is actually pretty solid. Set entirely within the fictional country of Azkharzia, it starts out as your bog-standard military mission where you’re constantly switching between squadmates in order to extract a high-value target. As expected, though, things quickly go from bad to worse, and it isn’t long before your priorities change, and supernatural elements slowly start to bleed in. That latter aspect is what long-time Remedy fans are likely most interested in, but before you get too excited don’t; its role in this short three-hour campaign is painfully limited.

The story that centres on Chris Redfield’s stunt doubles is instead far more interested in mimicking the set pieces and blockbuster sights of, say, a Call of Duty rather than pushing sci-fi boundaries, offering solid enough gunplay within a set of linear levels that ultimately plays it too safe to ever astonish. You move and you shoot. Then you move and you shoot some more. Sometimes, if you’re lucky, you’ll pilot a tank in order to bombard the enemy, or cover your AI teammates using a sniper rifle. Such brief flickers of creativity help break up the standard shooting action, yet they aren’t anywhere near as inventive as they need to be and are over far too quickly. At least there’s a dedicated button to temporarily slow down time as you fire, I guess.

In some ways, oddly, one could argue that such an uncomplex take on a military FPS that doesn’t feel ashamed of itself is refreshing – and a bit of a rarity. There’s no tacked-on open world in CrossfireX, no optional paths designed to keep you coming back for more. Both Operation Catalyst and Operation Spectre feel like shooter campaigns ripped right out of the 2010s precisely for this reason, lacking the level of polish you’d see in other triple-A franchises but still offering a short, adrenaline-fuelled hit of excitement that doesn’t outstay its welcome. It’s essentially Remedy trying to do its best Infinity Ward impression using the pre-established framework and tools found in SmileGate’s popular online shooter, only the gunplay isn’t quite as tight, and the characters are half baked.

Things unfortunately don’t get much better in CrossfireX’s second campaign. Operation Spectre fast forwards time a tad and sees events play out from the perspective of the faction you were previously fighting. This is admittedly a cool idea, and a neat way to tie in the two sides that people familiar with the game’s original free-to-play incarnation have been playing as since 2007: Blacklist and Global Risk. The tonal whiplash that occurs during player character Luis Torres’ attempts to flee the latter organisation, though, is absolutely wild. 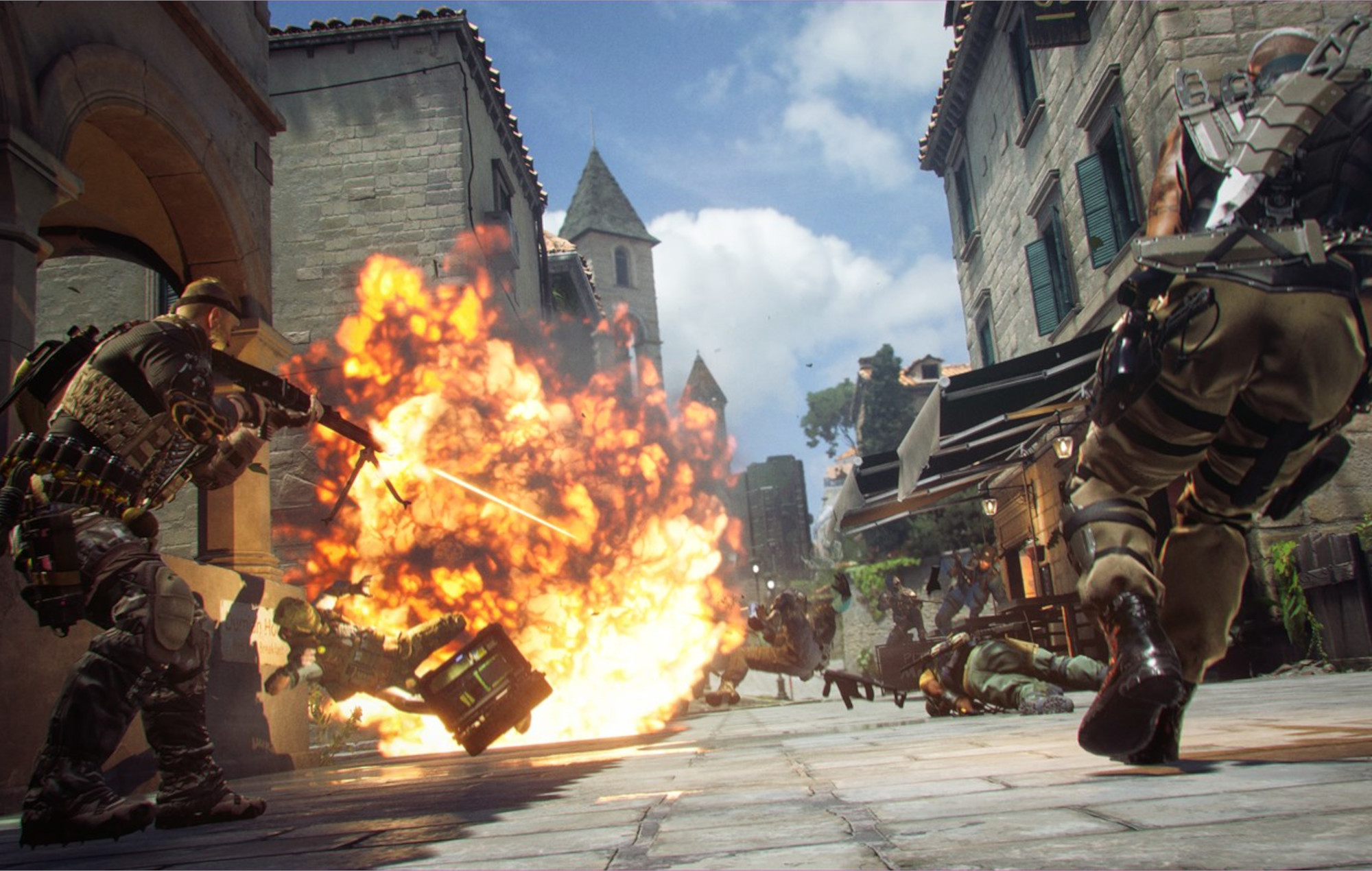 What begins as yet another ho-hum shooter quickly descends into another weird plot concerning the future of the planet and how one man can change the course of it. Zany, high-concept ideas like these are emblematic of the stories Remedy wants to tell, but it all feels so flat when what’s asked of you is so utterly rote. There’s always another corridor’s worth of faceless bad guys that need shooting. Only during the campaign’s final chapter does Operation Spectre show flickers of how well the lofty concepts it discusses can impact gameplay. But even then, it’s nothing any well-worn shooter fan hasn’t seen before.

Of course, the main draw for CrossfireX won’t be its odd campaign duology at all, and will in fact be the multiplayer. Sadly, what’s available to play at launch doesn’t feel primed for the big leagues just yet. Loading into the game’s menu screen you could be fooled that what’s here is a feature-complete set of options and modes, when in reality there are two methods of play, Modern and Classic, where both are lacking core features. Classic, as its name suggests, plays more akin to what veteran players will remember, and it certainly does play like a shooter from over 10 years ago. Say goodbye to sliding, sprinting, and aiming down your sights. It feels more like a well-preserved online artefact as opposed to something intended to keep you playing for long hours.

Modern fares a touch better, thankfully, but is still remarkably undercooked when compared to other popular online FPS games on the market. The two core modes in Modern, Search & Destroy and Point Capture, play decently enough, but the time-to-kill is so short most players will likely find getting into the groove of matches a touch unfair at first, and ultimately frustrating for those unwilling to spend the time to progress their character. 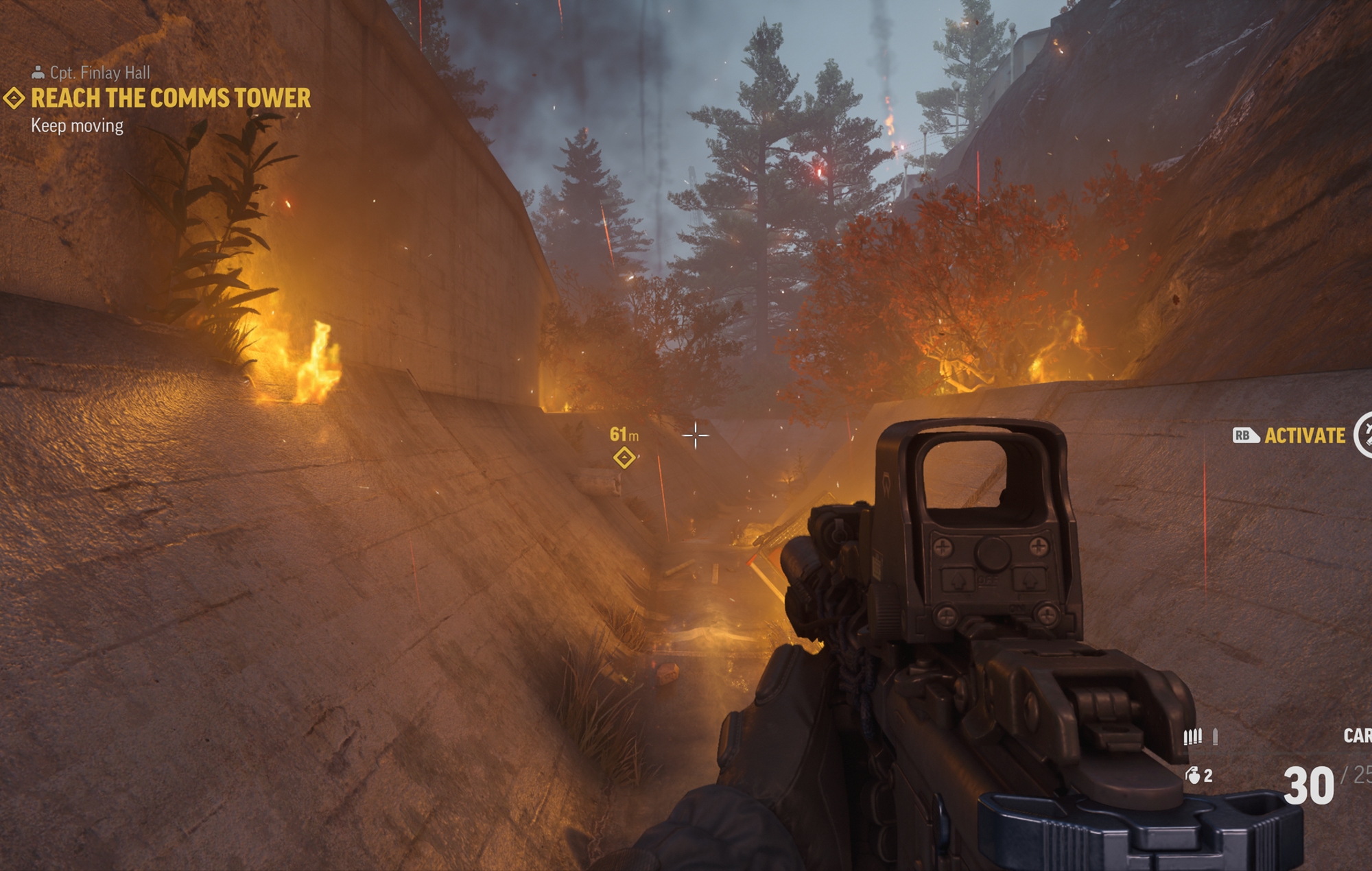 A battle pass system is in place with various timed objectives for you to complete, working well to place less emphasis on strictly winning each match. However, when you realise that Modern’s two modes always take place on the same map and any player that doesn’t immediately choose to spend their given tactical points into increasing their weapon’s fire rate is at a massive disadvantage, right now, as it stands, CrossfireX feels unbalanced.

That’s despite its hopes to stand out with an accruing XP mechanic – in lieu of Killstreaks –that lets you purchase such temporary buffs as invisibility, a heartbeat monitor, and some sort of beast mode that increases your health and enables dual wielding. It all comes down to the fact that multiplayer feels like a jumble of ideas rather than a cohesive package, trying to pull from many of the genre’s best without actually excelling in any one area.

CrossfireX’s console debut is a Frankenstein behemoth, a mishmash of parts that feels like it could break at the seams at any moment. It wants to be so many things to so many different types of FPS enthusiast, yet ultimately fails to check that any of its components are of a high standard. There’s a lot of fun and creativity to be had from both campaigns on offer, I’ll admit, especially if you want to see what a full-fledged Remedy shooter might one day offer. The multiplayer, meanwhile, is simply too light on content and too unbalanced to become anyone’s next competitive mainstay.

CrossfireX is available on Xbox One and Xbox Series X|S consoles.

CrossfireX sees two separate developers – SmileGate and Remedy – take a crack at creating their very own Call of Duty. However, expectations fall extremely short on both the singleplayer and multiplayer components of this military shooter package.