Millicent Simmonds (L) has been widely praised for her role in the franchise (Picture: Shutterstock)

A Quiet Place has been praised by the National Deaf Children’s Society for its representation of deafness.

After John Krasinski’s thriller left us all terrified to make a sound in 2018, the Abbott family are back to face up to whatever horrors they encounter – monsters or otherwise.

In both films, deaf actress Millicent Simmonds stars as Regan Abbott, the daughter of John and Emily’s Lee and Evelyn, with the whole family seen using sign language to communicate.

In the first instalment (spoiler alert!), the youngster ends up completely saving the day and we can’t wait to see her back in action.

Rosie Eggleston, Participation Manager at the National Deaf Children’s Society, told Metro.co.uk of the first film: ‘Deaf young people often tell us how rare it is to see deaf characters and how important it is to them when they do.

‘Many go through their entire childhood without meeting another deaf person, so seeing deafness accurately represented on-screen can help remind them that they’re not going through it alone.

‘In A Quiet Place, the family is deaf aware, inclusive and uses American Sign Language to help Regan communicate throughout, which is very positive to see. 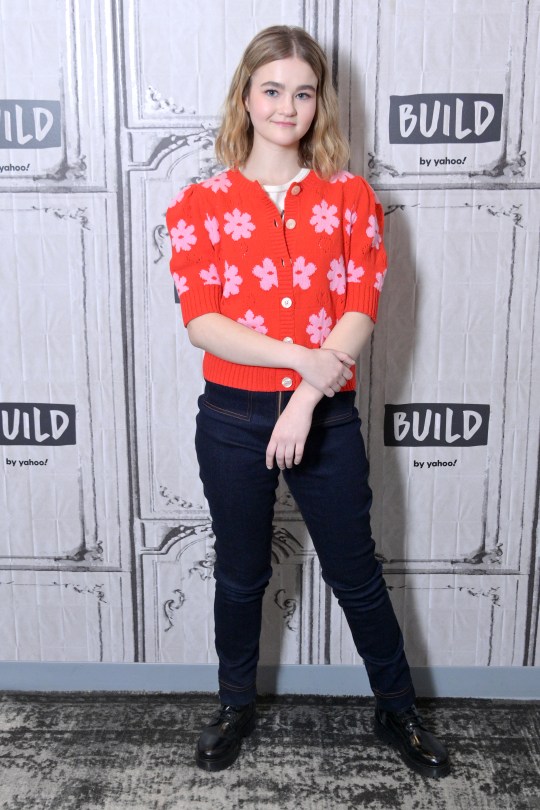 ‘What’s more, when a deaf character is played by a deaf actress, it adds authenticity and serves as a real inspiration to those deaf young viewers who dream of going into acting.

‘Deaf characters not only empower deaf young people, they also raise awareness among hearing people and this is something we need to see more of in the coming years. We have every hope that the second film will be just as positive about deafness and we’re all looking forward to watching it.’

Eggleston went on to emphasise the importance of subtitled screenings in actually bringing that representation to deaf young people.

‘Deaf young people also tell us they rarely see films on the big screen because so few showings are subtitled, so we’d urge cinemas to add more of these to their schedule to make them accessible for deaf customers of all ages,’ she added.

Millicent, 18, has been widely praised for her performance as Regan, with the teenage actress even switching a key part of the film to have more of an impact.

In one of the earlier scenes, her character is seen having a fight with her father.

Then, towards the end of the film, one of his last acts before he dies is to tell his children that he has ‘always loved them’, a moment that was largely down to Millicent.

‘When me and John have a fight as father and daughter in sign language early in the film he was the most dominant character, and I was supposed to cower to his needs. But as we started filming it I said I would rebel at this moment. He loved that idea,’ Millicent told Metro.us.

‘I changed some signs, too,’ she added. ‘At the end when he signs, “I love you.” I said I think he needs to say, “I’ve always loved you.” Because that covers the difficult period. Then when I suggested that he cried.’

A Quiet Place II is one of the first films to show in cinemas after restrictions have been eased following the coronavirus lockdown.

It has already made quite the splash in the US box office, where it grossed nearly $60million (£42million) across Memorial Day weekend.

That makes it the biggest movie opening since the pandemic began.

A Quiet Place II is out now.