In addition to that old, worn-out debate about whether Aliens is better than Alien (it’s not, but I get it) there’s a more interesting question: is Aliens a horror movie, or just an action film with monsters?

Supermassive, the British development team behind House of Ashes and its Dark Pictures Anthology predecessors, clearly know where they stand on the issue.

House of Ashes is the third game in the team’s anthology of horror (mis)adventures. Like Man of Medan and Little Hope before it, House of Ashes tells its own story in a unique setting: in this case noughties Iraq, shortly after American troops crashed through Saddam’s palace.

Of the five playable characters, four are members of the US military complex – and the fifth differentiates himself mostly by virtue of being an Iraqi soldier, rather than a yank.

Despite that, this isn’t a war story per se, and it’s not long before the core cast find themselves plucked from a battlefield and plummeting into the dark depths of an abandoned Akkadian temple where it rapidly becomes clear that they’re not alone.

Stepping into the combat boots of a squad of marines inevitably changes the feel of House of Ashes, but the core gameplay remains the same: jumping between each of the five leads as the plot dictates you’ll make some of their biggest decisions, navigate quick-time button prompts, and occasionally explore small, contained areas to find items and information as you play through what’s essentially an interactive movie.

You can play the game by yourself and explore the whole story solo, or jump into one of two multiplayer modes: Movie Night sees you pass the controller between a group of friends on the couch; while Shared Story lets you and one person play through simultaneously online, at times seeing the same scene from different perspectives while at other times you may see different sequences entirely. 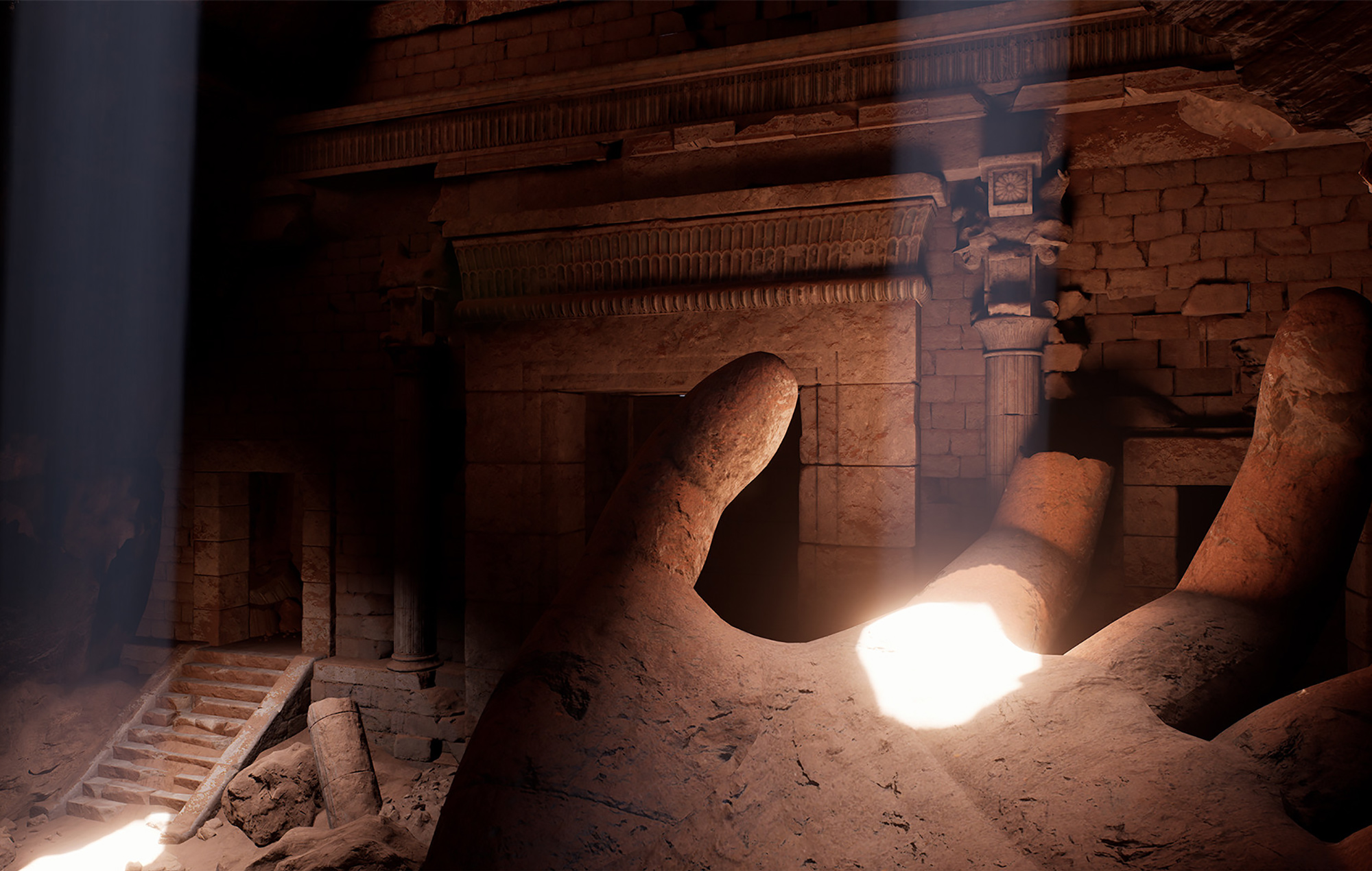 Mechanically little has changed, except the welcome move to add greater freedom of camera control to the player. The bigger change comes before gameplay starts: a choice of three difficulty settings, which primarily affect the speed of quick-time events, should both engage those looking for replayability and make this a friendlier entry point for non-gamers. The simplicity of the control scheme has always been a draw for newbies, but on the default difficulty, it’s little help when punishingly fast QTEs rely on your instinctive knowledge of where to find ‘X’ on a PlayStation pad.

I was hoping for more aggressive upgrades though, and where House of Ashes fails it’s usually down to the flaws inherent in the Dark Pictures system: a mess of opaque ‘bearings’ and ‘relationship’ systems that all feel distant from the actual gameplay; occasional railroading that denies the player agency just when they most expect to have it; and the ever-present risk of a cheap death – the first time one of my characters kicked the bucket it felt wholly unearned, which is never much fun. When I die, I want to deserve it.

This is the first Dark Pictures game where just about every character is armed with a gun, and understandably the devs have given them a few things to shoot at – but this never goes full-on FPS. Shooting is limited to specific quick-time prompts, and in time-honoured fashion bullets don’t do a whole lot against the subterranean creatures prowling the abandoned temple anyway. 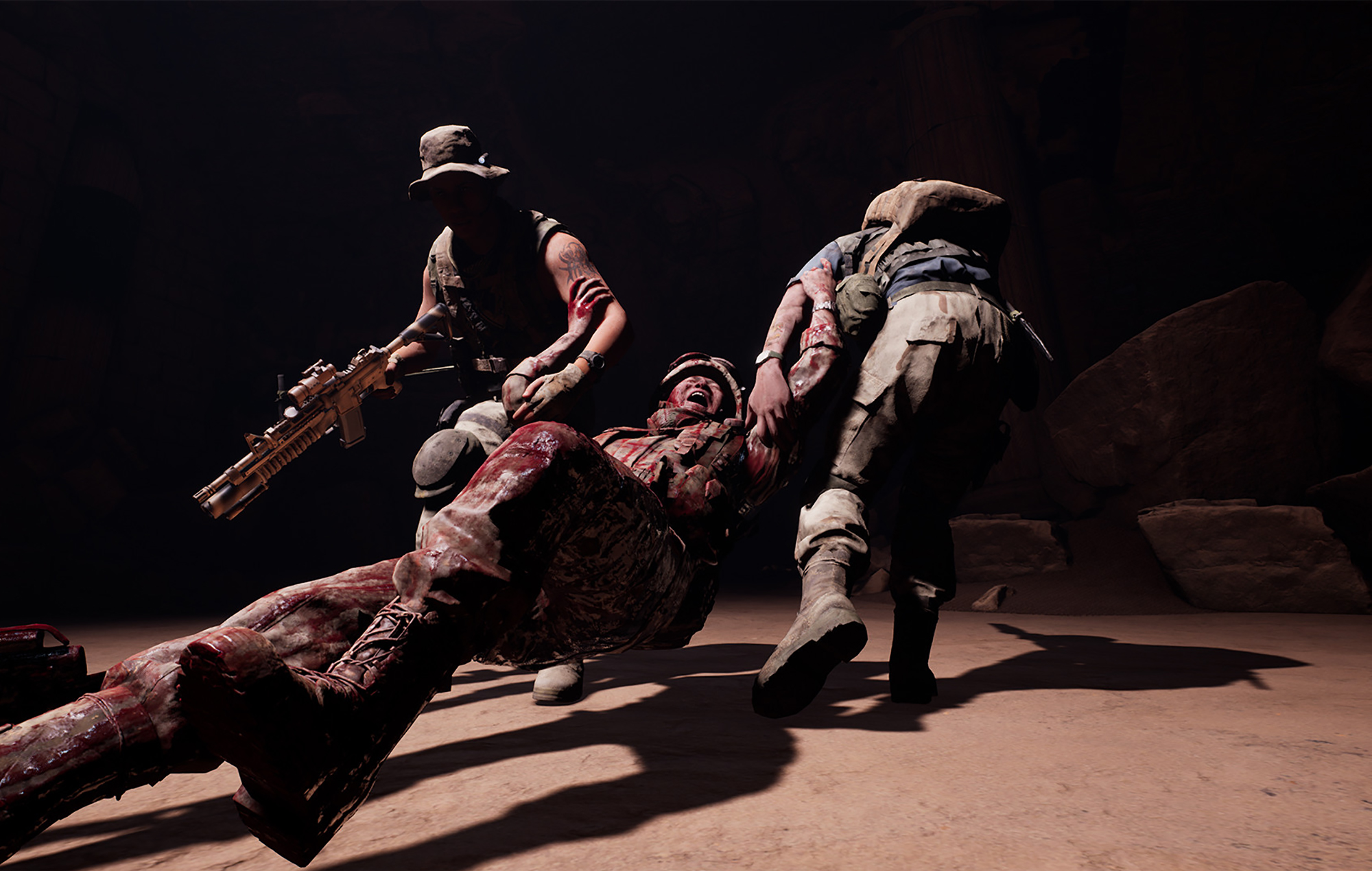 The result is that, much like James Cameron’s Alien sequel, this ups the ante without sacrificing scares. None of the characters ever feel like they’re truly in control, and the ever-downwards structure of the story robs them of any meaningful sense of hope for survival beyond what they can conjure out of their own will.

Aliens may be the obvious reference point, along with military horrors ranging from Dog Soldiers to Predator, but the game’s cinematic influences are wide-ranging. There’s a direct reference to Pazuzu – the demon best known for taking Linda Blair for a joyride in The Exorcist – while Brit spelunking horror The Descent hangs as heavy as you can imagine.

The finale even suggests a lingering affection from someone at Supermassive for a pair of recent-ish horrors I can only describe as “much maligned”, but to say any more would give away more about the plot’s twists and turns than feels fair.

And it does twist. The last two games in the series often felt hemmed in by a Scooby Doo-esque commitment to unmasking their monsters and revealing them to be mundane, but House of Ashes goes places. The script still toys with questions about what’s really supernatural, but it’s unafraid to take leaps of faith that make its various zigs and zags hard to predict, across the longest Dark Pictures game yet – and that’s before you get into the branching narratives that spin out from the games choose-your-own-adventure style.

It’s slightly damning with faint praise to call this the best written Dark Pictures game yet, but it’s true. Openly inspired by B-movies, the games have so far struggled to rise above that schlocky source. House of Ashes is far from perfect – some of the character work and dialogue is downright dreadful – but the hesitant camaraderie between Iraqi soldier Salim and gung-ho marine Jason is a bright spot that justifies the perhaps controversial choice of setting for the story.

To its credit the game doesn’t shy away from the American role in the Iraq War, questioning both its method and its motives. Understandably Salim proves the vehicle for most of this discussion, and the American characters feel frustratingly (though perhaps pointedly) uninterested in engaging in the why of the war, beyond a trope-ridden bit of backstory involving a civilian shooting.

The past two games have been anchored by a single bit of minor celebrity casting, and this time it’s Disney Channel alumnus Ashley Tisdale doing the honours. It’s unusual casting for an actress not known for her genre work, but unfortunately as CIA agent Rachel she’s out-acted (and, in fairness, out-written – Rachel is the least fleshed out character here) by a broader cast of faces that will probably only be familiar from the prior two entries.

The Dark Pictures Anthology: House of Ashes is out October 22, for PlayStation 4, PlayStation 5, Xbox One, Xbox Series X|S and Steam. We reviewed the PS5 version.

House of Ashes is far from perfect, and the Dark Pictures system still shows room for improvement. But both mechanically and narratively this is its best outing yet – by far – and horror fans happy with an interactive narrative will find more to love here than ever before.