Here he goes again! Yazan Abu Harirah is engaged to a new woman after his split from Brittany Banks, he revealed during the Sunday, April 4, episode of 90 Day Bares All.

In the episode, Yazan, 24, watched clips of Brittany, 28, selling all her mementos from their time together and telling producers about their sexual history.

Having moved on from the relationship, however, he didn’t seem phased.

When host Shaun Robinson told Yazan that she heard he was dating again, his translator, Adam Lebzo, let her know that the situation is more serious. 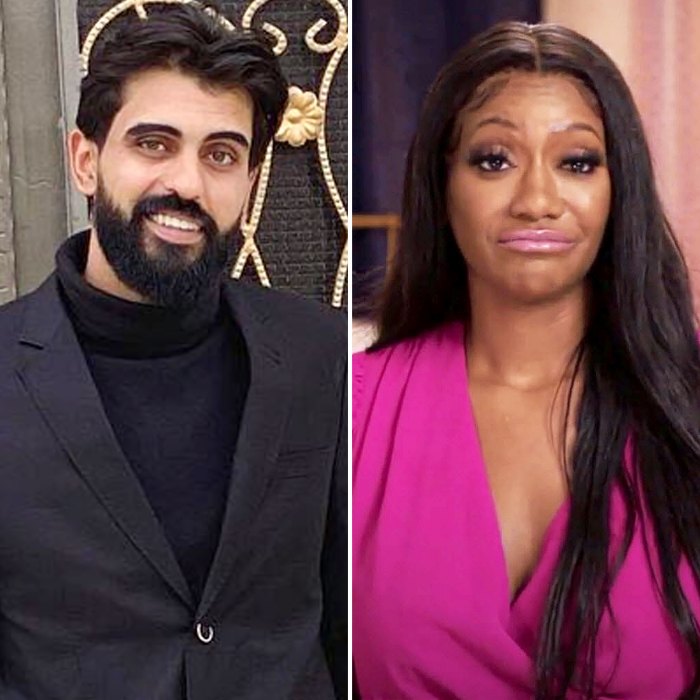 “The answer is yes, but a little bit more than yes. I wouldn’t say they’re dating. Basically, they’re engaged,” Adam, who became close friends with Yazan while working as his translator, said.

While other 90 Day Fiancé stars clapped at the news, 58-year-old Robinson expressed shock at the sentiment.

After Yazan was pressed for more information, he revealed that his new fiancée’s name is Leena, adding that she’s American. Though the pair hope to wed in July, they haven’t met in person.

“Only FaceTime,” Adam said after Yazan explained the situation in Arabic. “He already asked for her hand in marriage from her father … While [they may not see each other in real life], he’s spending almost every minute with her, whether online or with her family.”

Brittany and Yazan originally met over video chat as well. Season 2 of 90 Day Fiancé: The Other Way showed Brittany move from Florida to Jordan to be with her online boyfriend.

Though they were together at the time of the series’ November 2020 finale, Brittany eventually moved back to her native Florida while Yazan stayed in Jordan.

By the premiere of 90 Day Bares All in January, Brittany and Yazan had split. In the series’ first episode, the Florida native made many claims about her ex, including that he cheated during their relationship and had been texting a gay man.

“It literally broke my heart,” Brittany told Yazan after claiming that he had been with other women while they were together. When he denied her accusations, she replied, “I have DMs of girls sending me screenshots.”

In her interview with Yazan on Sunday, Robinson asked whether Leena was the same woman he’d been accused of cheating with.

“[The relationship started] after they officially broke up,” Adam explained for his friend.

“I notice that he does what [my husband Asuelu Pula’a] does, where he’ll forget English in between questions he doesn’t want to answer,” Kalani Faagata said.

According to Adam, Yazan wasn’t trying to dodge any questions. He sometimes forgets English when he’s nervous about something.