Another failed 90 Day Fiancé marriage. Laura Jallali confirmed that she finalized her divorce from Aladin Jallali one year after they announced their split.

“My current relationship status with Aladin is we are officially divorced as of 12 p.m. our time,” the 90 Day Fiancé: The Other Way star said during the Wednesday, October 21, episode of The Domenick Nati Show. “So I am now single. If there’s any men who wanna put a ring on it, I will judge the diamond size and the quality. But yeah, totally, come on, DM me. Show me the ring. Let’s get jiggy with it.”

She added: “It’s over. See ya later. Thanks for the ride. Hasta la vista, baby.” 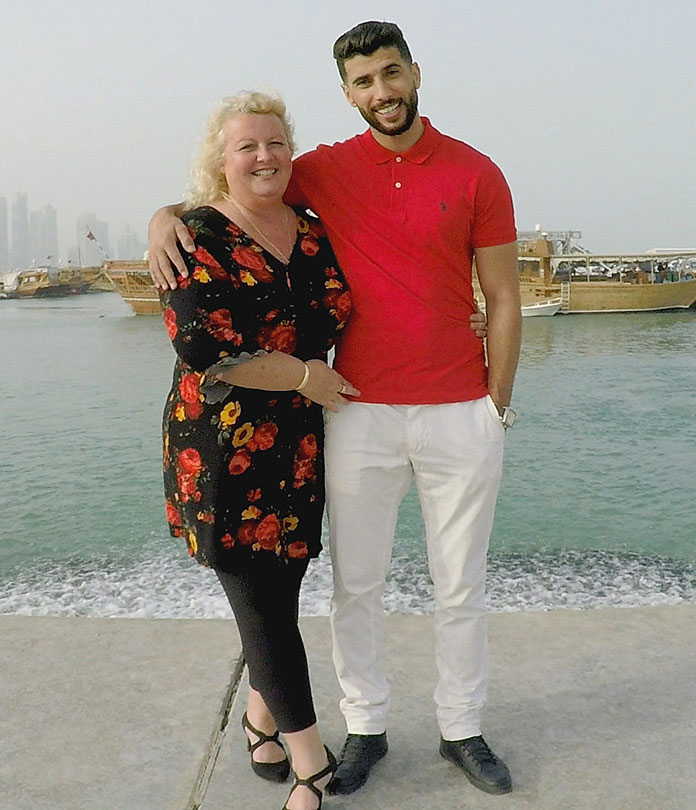 Laura alleged that the divorce papers, which were in Arabic, stipulated that Aladin pay her $30 per month, though he has not followed through. “He can keep his 30 bucks,” she insisted. “I think he needs it more than me.”

The reality star then addressed whether she believes her ex was faithful. “When we both agreed to go on the show, one thing I said to Aladin prior was, ‘Please don’t do me wrong. … I’m not gonna go on TV with you if you are going to eventually leave me for somebody younger [and] more beautiful,’” she recalled, claiming that he “promised” he would not cheat on her.

Laura then elaborated on her suspicions. “Straight up, that’s what happened. He’s got inundated by a ton of women. I mean, he was already engaged six months after our tell-all. So, in that regard, he wasn’t the most faithful man, you know what I mean?” she said. “Did he sleep with somebody when I traveled to New York City to do my tell-all? Maybe. I don’t know. He had a lot of girls there in Africa that were quite interested in him. They all thought he was really rich because the TV cameras coming to Tunisia to film our second wedding. So he was like the bomb [in that area].”

The pair, who wed in July 2018, appeared on season 1 of 90 Day Fiancé: The Other Way. They split in October 2019 after airing their grievances during the tell-all special.

Laura revealed during a May episode of 90 Day Fiancé: Self-Quarantined that she was dating again after moving to Ecuador. “I did actually end up meeting someone online. We just really connected,” she noted at the time. “Tony lives in California and is in dental college. He is 25 and very delicious to look at. I actually worry that Tony is too good to be true.”