Topher Grace may be best remembered as Eric Forman on That ‘70s Show, but there’s still a lot fans might not know about him. The 42-year-old actor — who stars in ABC’s new sitcom series, Home Economics — exclusively opens up to Us Weekly with 25 things about himself — including his greatest acting achievements, his favorite hobby and the unique item he likes to collect. Want to find out more? Read on to learn other fun facts about Grace.

1. I am a cereal addict. My favorite is Golden Grahams mixed with Cheerios.

2. My dream job as a kid was to be an Imagineer at Disney World.

3. That ’70s Show was my first audition. A classmate’s parents were producers and saw me in a school play.

5. My first concert was Guns N’ Roses at the Hartford Civic Center [in Connecticut].

7. I was chosen to be a juror on a murder trial but had to be excused when the defendant recognized me!

9. Nobody thought I could play David Duke in [2018’s] BlacKkKlansman. I made a tape to prove it to Spike Lee. 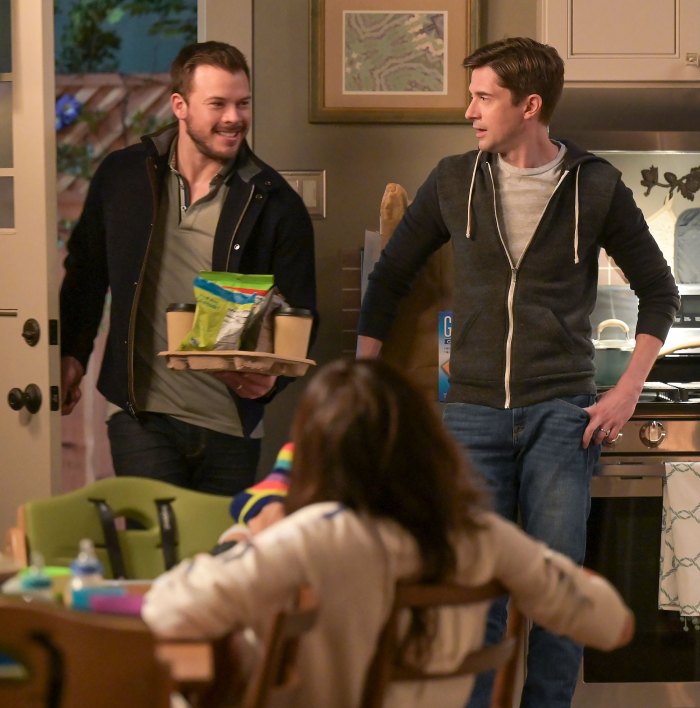 10. I went to boarding school for five years.

11. Each year, my wife [Ashley Hinshaw] and I host the annual CASA gala to support youth in the Los Angeles foster system.

12. I collect fake movie posters that are in [real] movies, like Jaws 19 from Back to the Future Part II. I’m currently hunting for Scorcher VI from Tropic Thunder.

13. Growing up, Chloë Sevigny was my babysitter.

14. Before I had kids, I had a Monopoly group, the way some guys have a poker group.

15. I got to be part of casting Home Economics, so I am fanning out on set every day.

16. I’ve only done one professional play, Lonely, I’m Not by Paul Weitz. It taught me more about acting than anything else I’ve done.

17. Up until last year, my parents lived in my childhood home. If I was filming nearby, I would stay over and sleep in my old bunk bed.

19. I was freaked out to do Irresistible [in 2020] because Steve Carell was starring in it [and] Jon Stewart was directing [it]. My all-time favorite show remains The Daily Show when they were on it.

20. In [2014’s] Interstellar, Christopher Nolan didn’t tell me that Jessica Chastain was going to kiss me in the last scene. My reaction is the one they used in the movie. 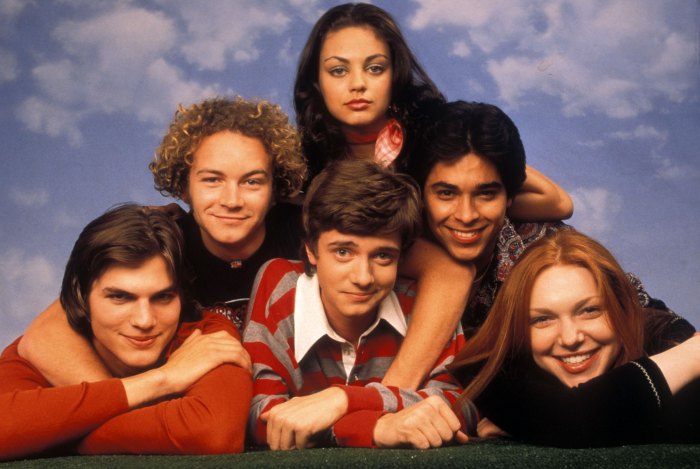 The cast of “That 70s Show.” Robert Sebree/20th Century Fox/Kobal/Shutterstock

22. I am the world’s worst cook. Fortunately, my wife is amazing at it.

23. As a teen, I got a job at Suncoast Motion Picture Company because I thought I could watch movies all summer. They only [played] one the whole time… and sadly [it] was Space Jam.

24. I [took] ballroom dancing classes with Julia Roberts for [2003’s] Mona Lisa Smile. Her greatest acting challenge to date was [pretending] like it didn’t hurt when I stepped on her toes.

25. I dropped out of college to take my first acting role.