NOW that salons are open again, many of us have waved goodbye to botched haircuts and box-bleached barnets.

This woman, however, claims that she was left absolutely mortified when her hairdresser gave her a disastrous hair transformation. 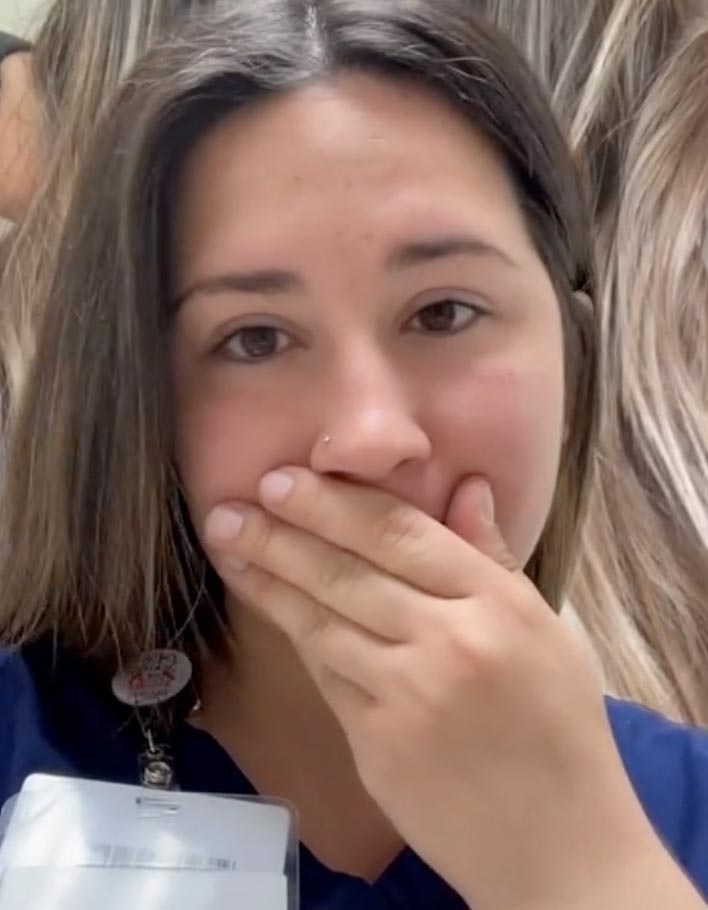 Brenda claims she was heartbroken over her hair disasterCredit: @btrevy16

Tiktok user Brenda posted a dramatic video detailing what she claims she asked for at the salon and what she ended up with – and the contrast is shocking.

She claims that she requested a subtle balayage look with blended highlights.

What she got was a patchy, orange-toned bleach job with contrasting dark roots.

Brenda described how upset she was with her hairdresser after the alleged hair nightmare. 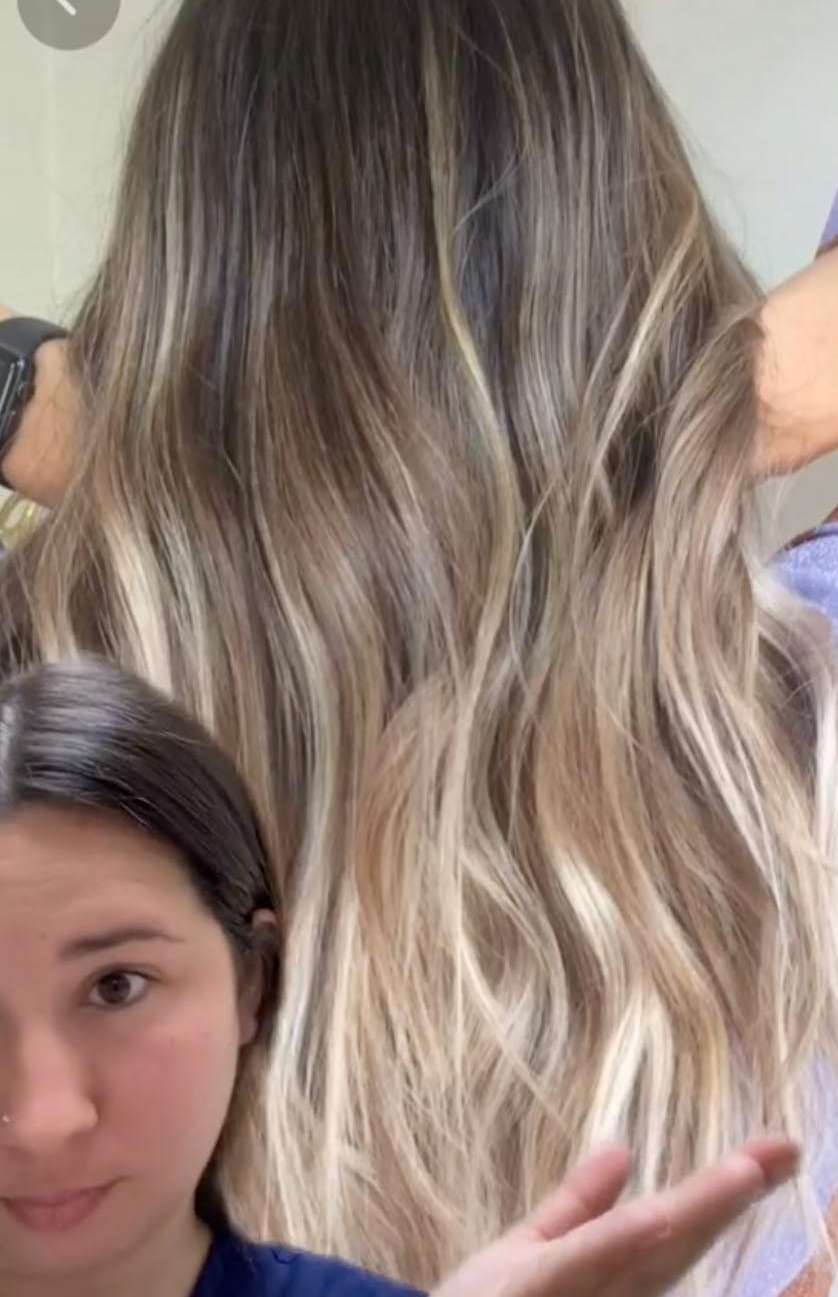 The Tiktok user claims that this is what she asked forCredit: @btrevy16

She said: “I really couldn’t believe she thought this was okay. And then she said I should’ve let her fix it??? And end up bald? No ma’am.”

In the end, Brenda had to have another stylist fix her hair, but she had to have six inches cut off in the process.

She claims that it “sucked” to have to cut off so much hair, but that it was worth it as it made her hair healthy again.

The video has racked up over two million views, and viewers couldn’t believe their eyes. 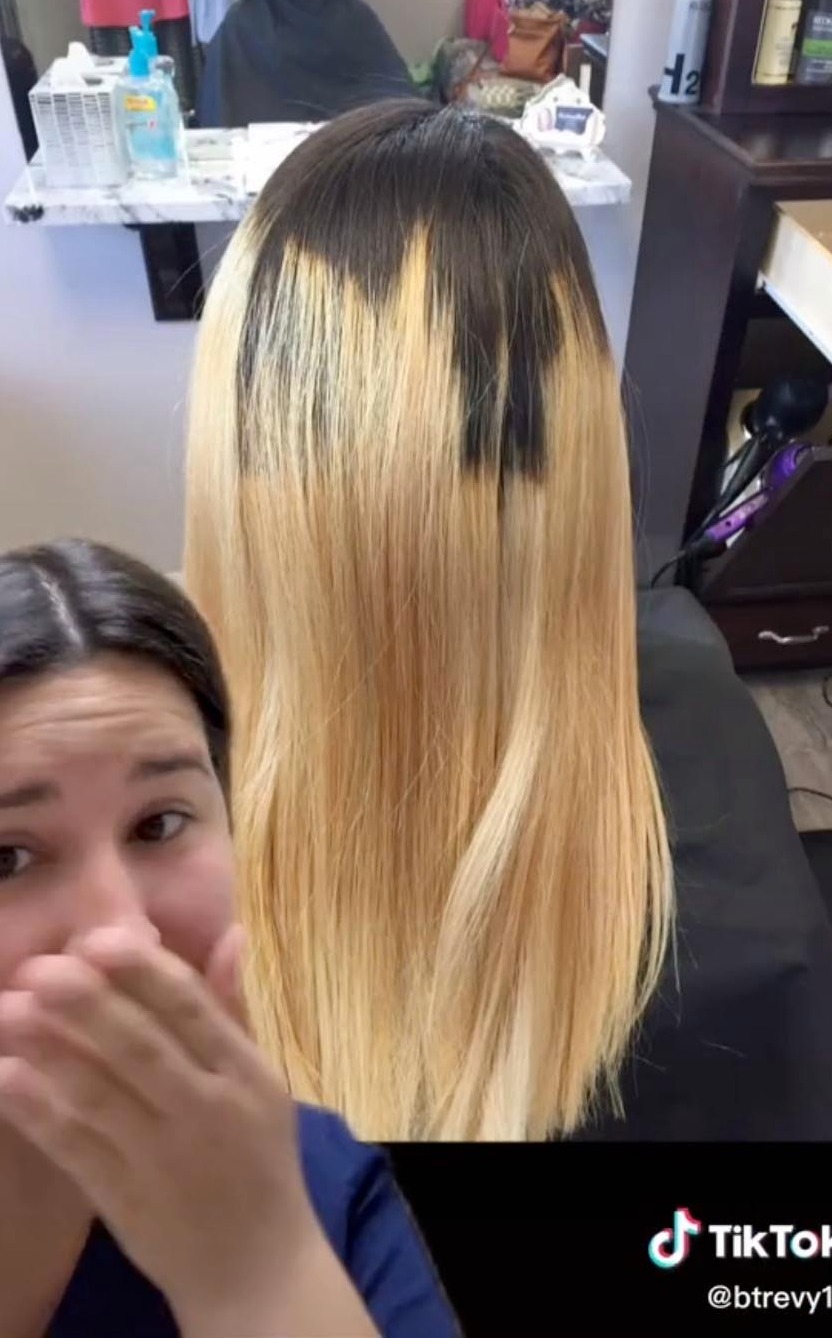 She says that this was how her hair turned outCredit: @btrevy16

“GIRL I LITERALLY GASPED”, wrote one astounded commenter, while another said: “My jaw dropped.”

“My three year old brother could of done better”, said another amazed viewer.

One simply said: “It’s so much worse than I thought it would be.”

“No! No! God no!”, exclaimed another shocked viewer, and someone else said she would sue whoever did that to her hair.

In other beauty news, Mrs Hinch shows off ‘amazing’ eBay temporary tattoos for eyebrows – but ends up with creepy ‘hairs’ on her arm.

Meanwhile, one woman was left in tears after forking out $1.2k for the hair extensions of her dreams in a salon appointment gone wrong.

Plus, one woman has urged beauty fans not to get their eyebrows microbladed while showing off horrific results four years on.