A BEAUTY fan is raving about her epic Superdrug haul after managing to bag £183 worth of goodies for just £13.

The happy shopper stocked up on the store’s popular K-Beauty line, which was all reduced. 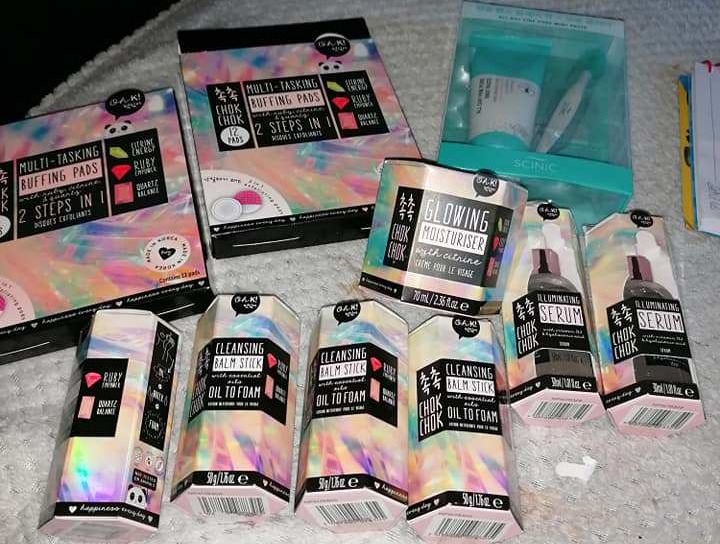 The savvy shopper shared a snap of her incredible Superdrug haul which she says cost £13.20Credit: Extreme Couponing and Bargains UK group/Facebook

Among her mountain of products was moisturiser, which was originally on sale for £15, cleansing balm, previously selling for £13.95, buffing pads which cost £12.27 and face serum which previously sold for £15.

She shared a photo of her receipt showing the discounted goodies, along with full-price snaps from the website.

She said: “Superdrug bargains in store. 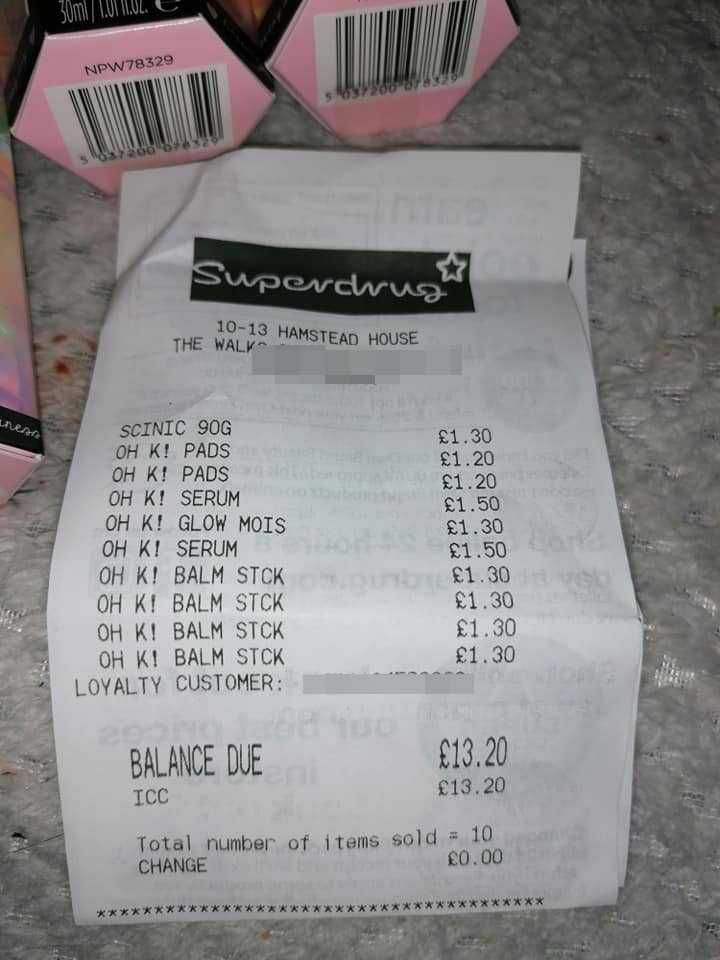 None of the products cost more than £1.50, with some originally on sale for £15Credit: Extreme Couponing and Bargains UK group/Facebook

“Take it they are discontinued as not on Superdrug website anymore.”

Her post has racked up dozens of likes, as fellow shoppers also shared their massive hauls.

Captioning a photo of a pile of make-up, one woman wrote on Facebook group Extreme Couponing and Bargains UK: “My boyfriend just did the most amazing thing for me.” 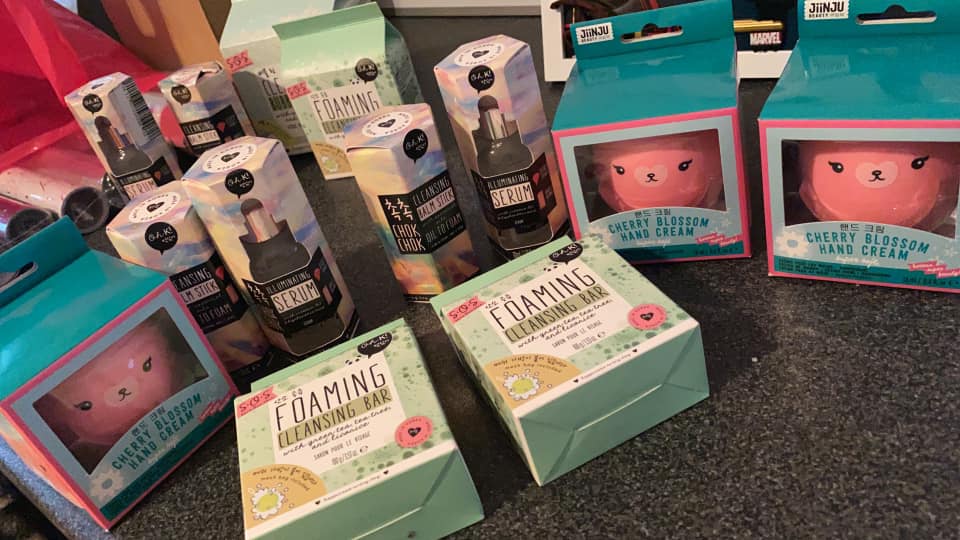 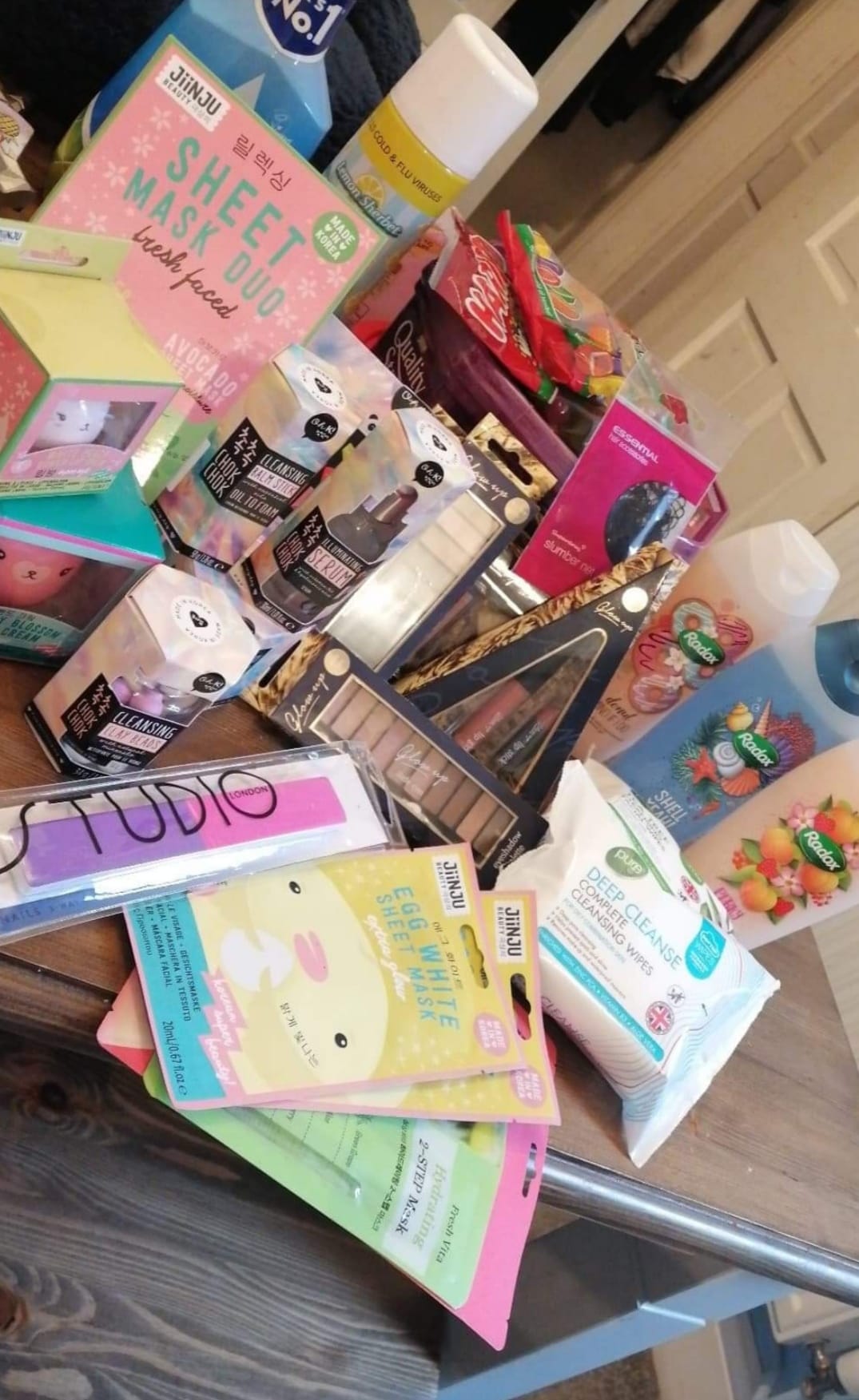 One woman gushed about her boyfriend picking her up a load of bargains Credit: Extreme Couponing and Bargains UK group/Facebook

Another simply said “omg”, while this person wrote “wow”.

Someone else wrote: “You need to look.”

While this person said: “I’ll have to pop down.” 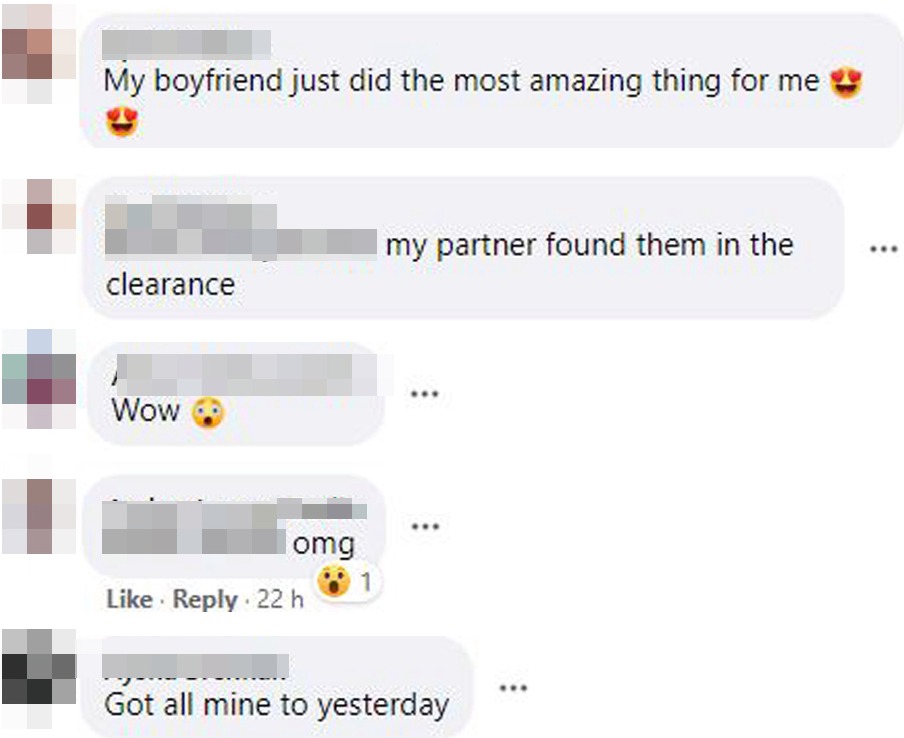 Dozens of people commented on the post as they planned their own shopping trips to SuperdrugCredit: Extreme Couponing and Bargains UK group/Facebook

Meanwhile these mums show off their amazing £1 bargains and shopping hauls as Sainsbury’s slashes clothing by up to 70 percent.

Plus, shoppers are showing off their insane TK Maxx bargains as they rave about the newly reopened shop’s mega sale.

For more bargain buys, this thrifty shopper bagged 22 bras for just £35 in the M&S mega sale… and another nabbed a £200 work wardrobe for just £30.

Dr. Maiysha Jones on Black Representation in the STEM Fields

Meghan Markle’s Eyeliner on Oprah Was Like Princess Diana’s

Can You Use Purple Shampoo on Naturally Blond Hair?

Review and photos of highlights from Jaclyn Hill’s makeup brand