A MUM has taken the internet by storm after revealing the cheap hack which instantly removes all the dirt from her brush with almost not effort.

The TikTok user, @maddie5pr, shared the trick on social media, where the video has gone viral, racking up over 2.6 million views.

It is also very important you rinse off the residue properly, she addedCredit: @maddie5pr/Tiktok

According to the savvy cleaning whizz, all you need to do is to pour some glue – she used Elmer’s Clear glue – on the brush and let it dry completely.

Once it feels dry to touch, simply peel off the glue – this might be a bit tricky initially but will be easy to remove afterwards.

The short clip, which has been liked by almost 100,000 people, then went on to demonstrate the final results – a brush which as as good as new next to leftover glue with dirt and hair that had accumulated over time.

The TikTok user claimed ”it will remove everything that is on the brush, and in the end you have to wash it a little to disinfect and that’s it”.

But whilst many proceeded to tag others to see the video and branded it a ”great idea”, not everyone was impressed, saying there are easier options, like this viewer: ”Or you can just lift the hair out.”

”You can just grab a brush and brush it out, I promise it works,” read another suggestion.

Someone else agreed, adding: ”Smh I just buy a new brush. Or simply remove the hair then rinse the brush out.”

A user shared their rather unsuccessful experience: ”My bristles came out. I had to buy another brush.”

”Professional hair stylist here- you can soak in hot water and dawn dish soap for a few hours and it will remove all the residue,” is what an expert recommended.

However, it wasn’t all negative, as some users thanked her for sharing the hack, with one writing: ”omg I’ve been wanting to know how to remove the dust for so long.”

”I think the goal was to mainly get the lint out not really the hair…the lint can be sooooo hard to get out sometimes,” a supportive viewer commented.

”that is awesome thank you it’s great for the dirt that stick to the base of the brush nothing gets that off fully,” joined a third.

In other beauty news, a woman has told how she forked out £220 at a high-end salon only to be left with a dodgy bob that resembled a helmet.

Plus, this woman has been using the same hack to keep her hair blonde – and it’s insanely cheap.

And you’ve been blowing your hair out all wrong – expert reveals her easy trick that takes just one tool. 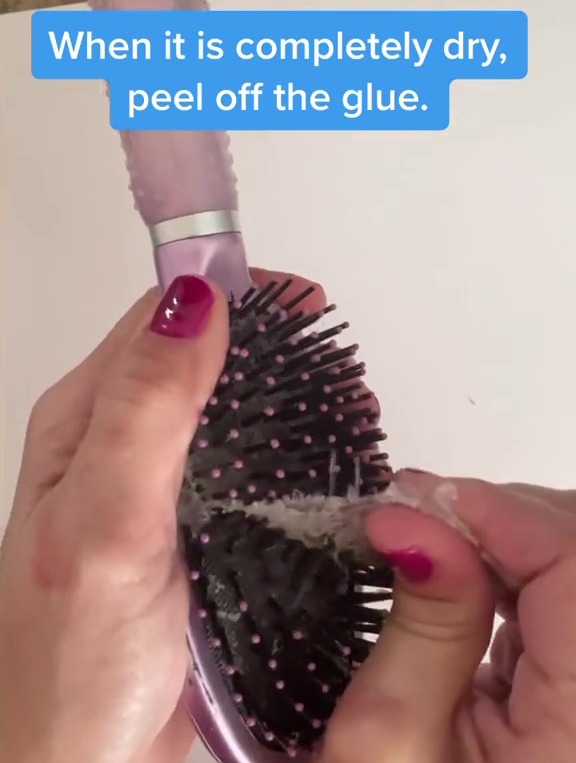 Whilst some branded the hack ”great”, others claimed it ruined their brushCredit: @maddie5pr/Tiktok 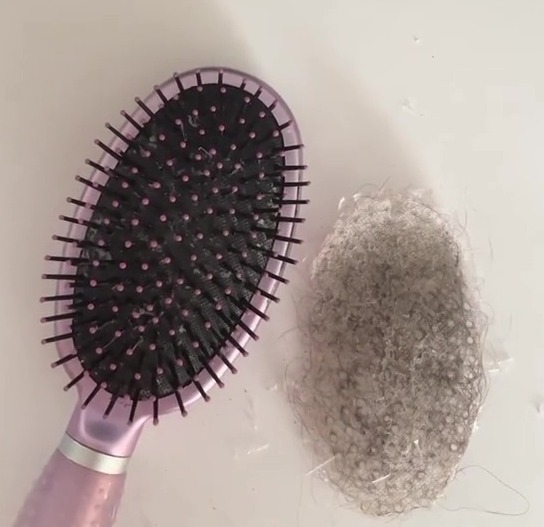 The TikToker said the glue would remove all the dirtCredit: @maddie5pr/Tiktok