A WOMAN who had her lip fillers dissolved has gone viral on TikTok after revealing the horrific aftermath of the procedure.

Niki Avraam-Clarke from Brighton, England, had her fillers dissolved in December 2021 and was looking forward to embracing her natural looks.

Viewers said they couldn’t hold their laugher when she pulled the mask downCredit: Jam Press

Although the procedure went ahead smoothly, the 23-year-old was stunned by the reaction her face had to it – with her lips swelling up to an extreme size.

In a clip that has since gone viral, racking up over one million views and 9,000 likes (@missnikiclarke), Niki can at first be seen in the car on the way to her appointment.

Seconds later, she is inside the salon, lying down in a chair with a white cream across her lips.

A few moments later, her lips begin to swell to what appears to be three-four times their natural size.

Once sat back in her car, Niki speaks to the camera while wearing a face mask.

“I’m currently sat in the car with my mask on, ’cause I’m embarrassed to drive,” she says, pulling down her mask to reveal her now huge lips.

She then continues speaking, saying: “This is mad, this is crazy.

”This is what no one shows you when you get filler removed, like, this is it, this is it.”

“I laughed so hard when you pulled your mask down!” one person commented.

“I screamed at the end with the photos, it’s so good to see you having a laugh about it tho!!

”I bet they look lovely now!” another person commented, with laughing emojis.

“Omgggggg I feel so lucky when I see these!! I had no swelling at all,” another viewer added.

“Have u guys seen alvin and the chipmunks?” joked another viewer.

“Hurray for masks!” someone else commented.

“The lip filler removal was alright actually, it wasn’t too bad, it didn’t feel at all painful whatsoever,” Niki told Jam Press.

“And then obviously when it started to swell I was like oh my god look at my lips, they’ve gone massive!” 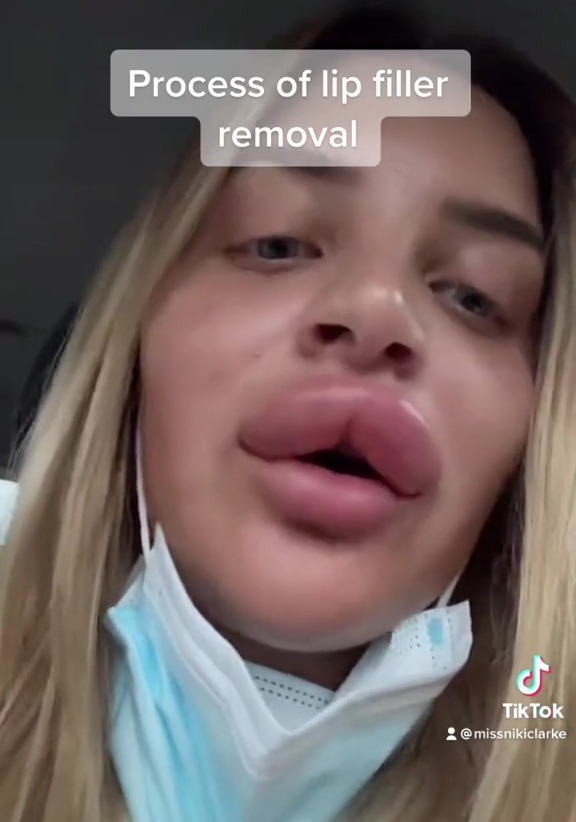 For some, she looked like Theodore Seville from Alvin and the ChipmunksCredit: Jam Press

After her appointment, Niki’s lips continued to enlarge until later that night, when the swelling slowly went down.

She added: “They carried on swelling up for about an hour after the video was taken.

“Then about 4-6 hours later they finally went down on their own!”

Since the removal, Niki isn’t planning on having any lip filler injections again in the future and is embracing her natural beauty.

She said: “I feel like a lot of people now go on social media and see these people getting work done and don’t think they’re as pretty as others when actually we are all so beautiful in our own ways.

“I wanna show people that you don’t need work done to fit in or to be gorgeous, you already are naturally pretty and to ignore the beauty standards that have been set for us, that’s something that I am quite big on.

“I expected the TikTok to do well because I don’t really think people show that side of the process.

“But I never thought it would get over a million views!”

In other beauty news, a woman revealed her ‘botched’ nose filler – she wanted to have her nose evened out, but it wound up looking swollen instead.

Plus, a woman was rushed to hospital after suffering a bad allergic reaction to getting her lip filler dissolved.

Meanwhile, this beauty lover who got addicted to lip fillers shares how she got over 7ml in ONE year. 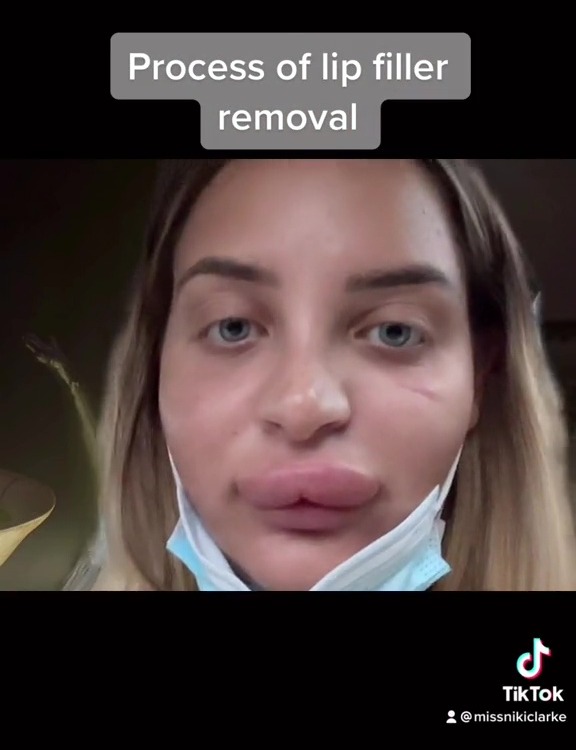 Some thought there was a striking resemblance between Niki and the infamous allergic reaction that Kris Jenner sufferedCredit: Jam Press 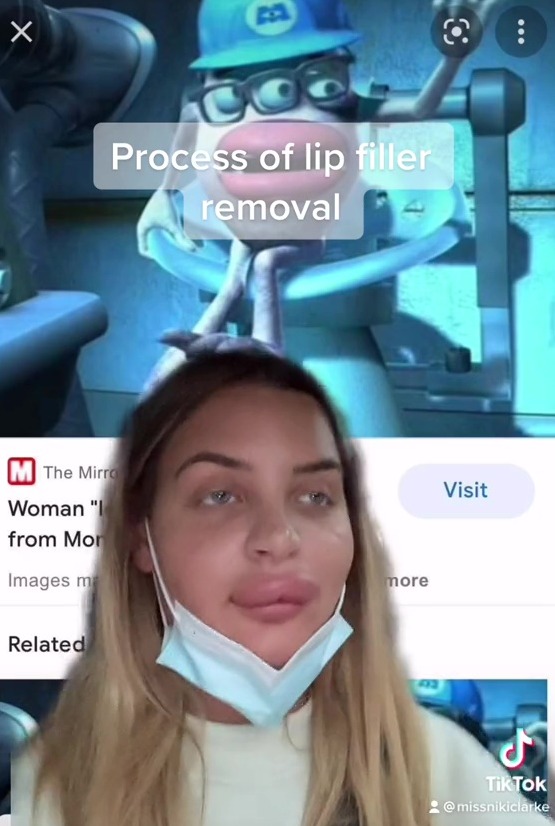 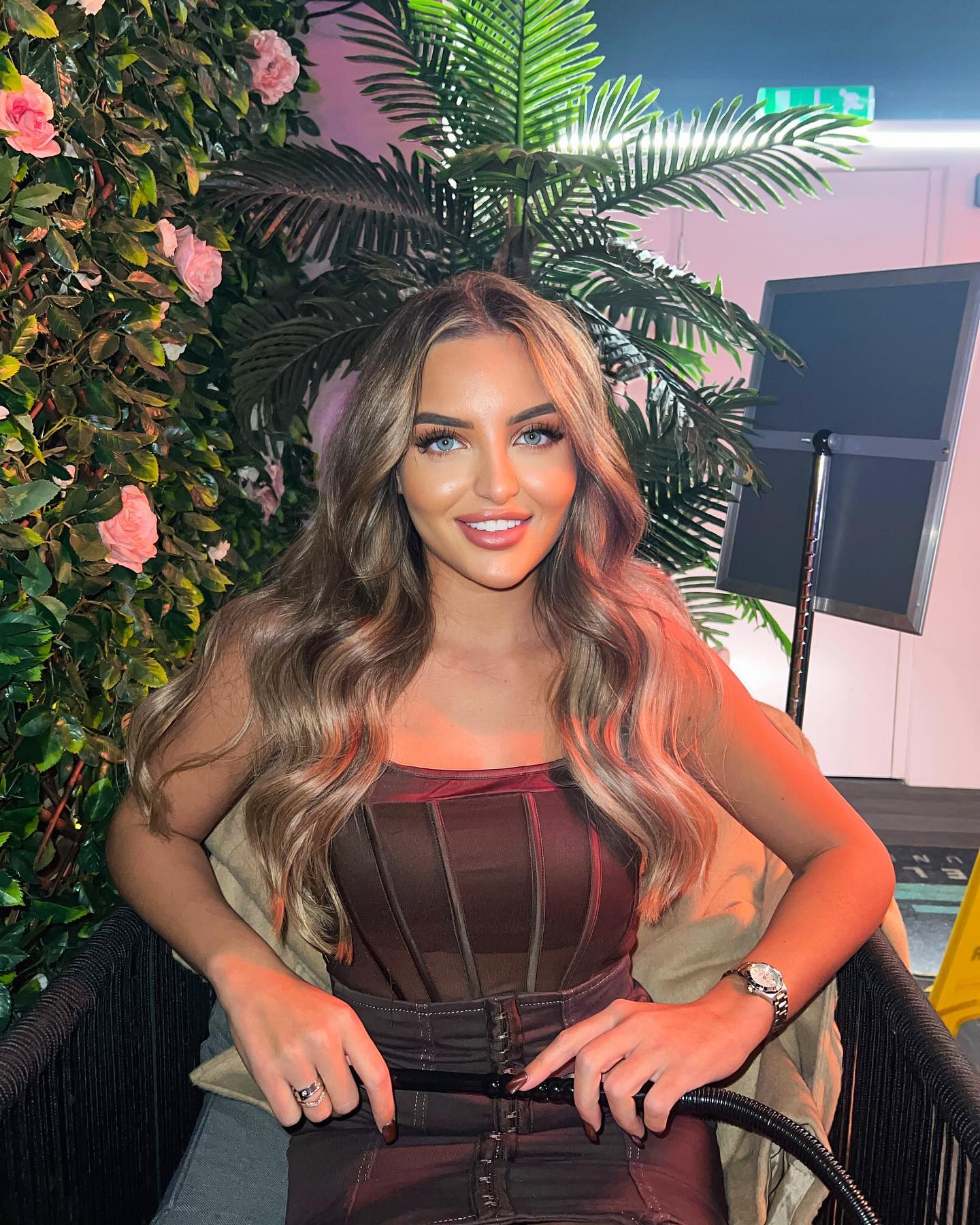 I Tried a Hair Gloss For Liquid Hair: See Photos