MANY stars such a reality queen Molly-Mae are getting their filler dissolved – and lots of beauty-lovers are following suit.

However, one woman revealed her lips swelled to a gigantic size after she tried to return to her natural look.

TikTok user Cleo Symes showed how her lips swelled after getting her filler dissolvedCredit: @cleosymes/Tiktok 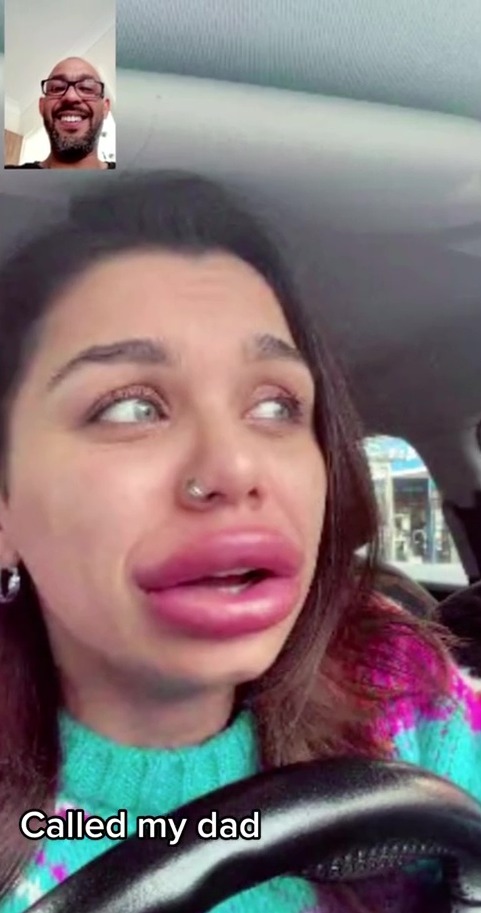 Cleo phoned her dad in a panic after getting her lip filler dissolvedCredit: @cleosymes/Tiktok 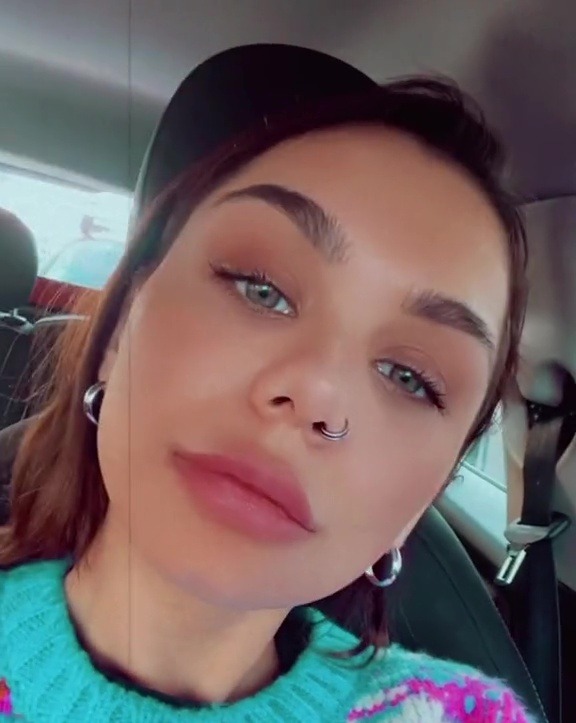 TikTok user Cleo Symes, who posts under @cleosymes, documented her unpleasant experience in an eye-popping video.

She first showed her lips with the filler still in, and then showed them after the beautician had added numbing cream.

After doing a patch test, she was ready to get them dissolved and showed her lips “fresh off the needle”.

Cleo looked horrified after they looked like they had swollen around four times in size.

She showed herself laughing nervously in her car as she inspected the result, and also shared the panicked call she made to her dad.

The beauty fan also added in a follow-up clip that eating was “clearly a struggle.”

Thankfully, the swelling wasn’t permanent and appeared to have gone down by the next day.

Cleo wrote in the comments: “Trust the process.”

Her video has racked up over 400,000 views and people were shocked at the swelling, but loved the finished result.

One said: “This is terrifying.”

Another added: “Initially ur lips were giving muppet, they look pretty now tho!”

There are serious risks involved in having lip fillers or botox, with customers often not properly informed by untrained people administering the treatment.

People are at risk of rotting tissue, horrific infections – even blindness, with estimates that 200 people have lost their sight after having fillers.

If too much is injected, or it’s put into the wrong place, it can put pressure on the arteries and cut off the blood supply, which ultimately can cause the affected tissue or organ to die.

The Sun launched a Had Our Fill campaign to protect Brits from dodgy cosmetic fillers.

We shared how a woman went for lip fillers and had 24 hours waiting to see if my face would ‘die’. 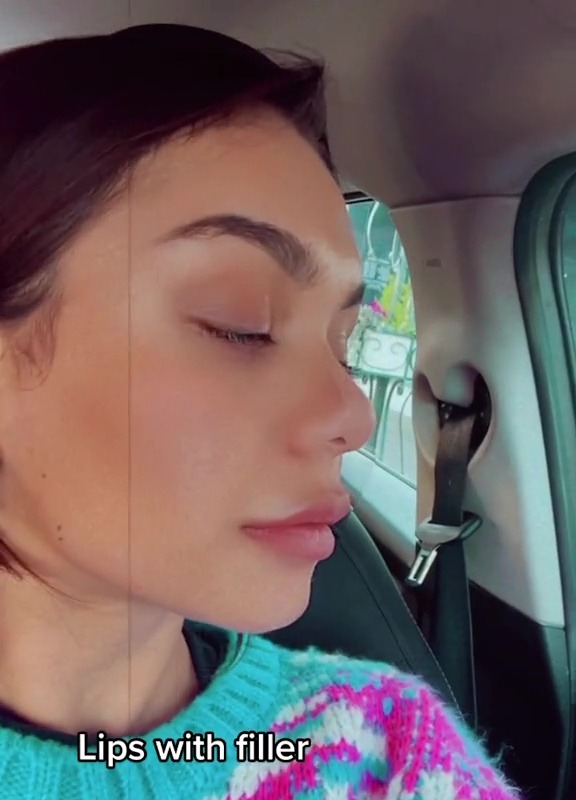 Cleo documented the whole experience in a TikTok videoCredit: @cleosymes/Tiktok 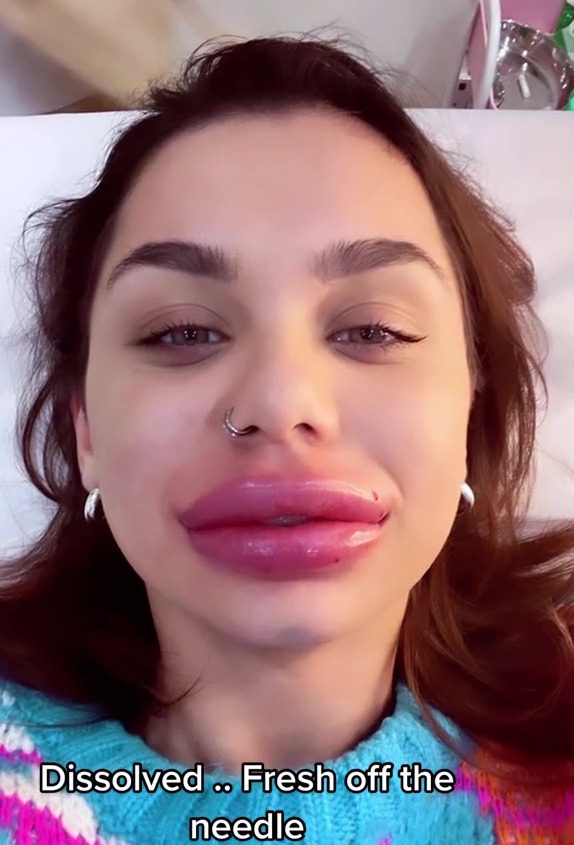 Cleo was horrified at how big her lips went after the dissolving, and said eating was a challengeCredit: @cleosymes/Tiktok 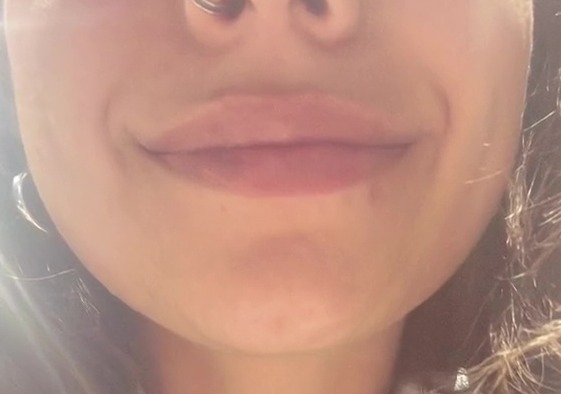 Thankfully Cleo’s lips went down the day after the dissolvingCredit: @cleosymes/Tiktok 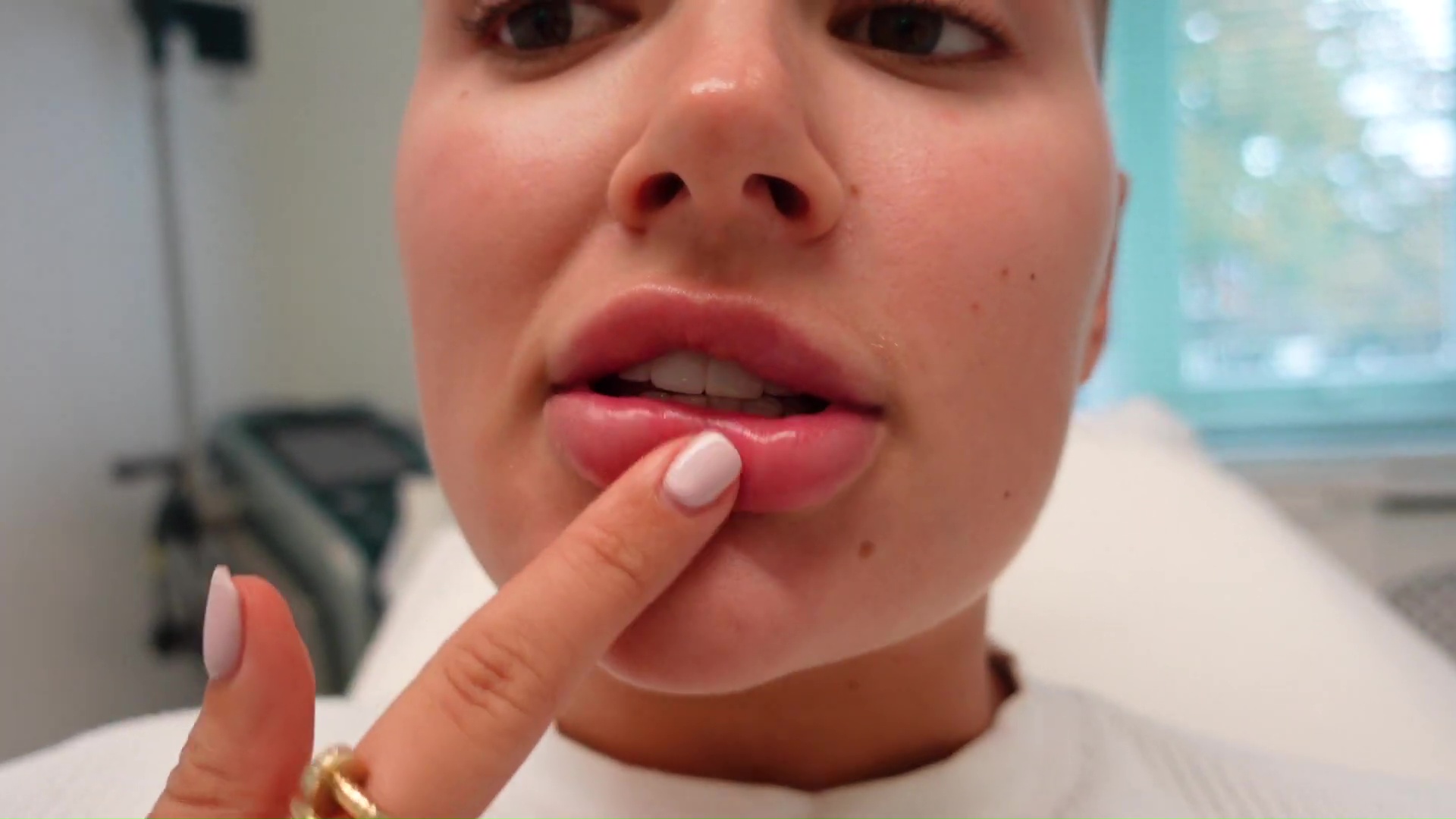 Molly-Mae Hague spoke out about not liking her lip fillersCredit: YouTube 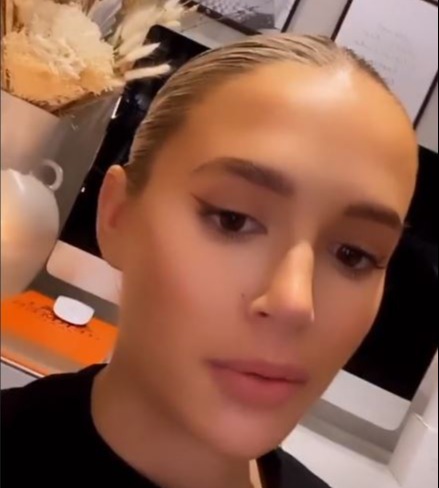 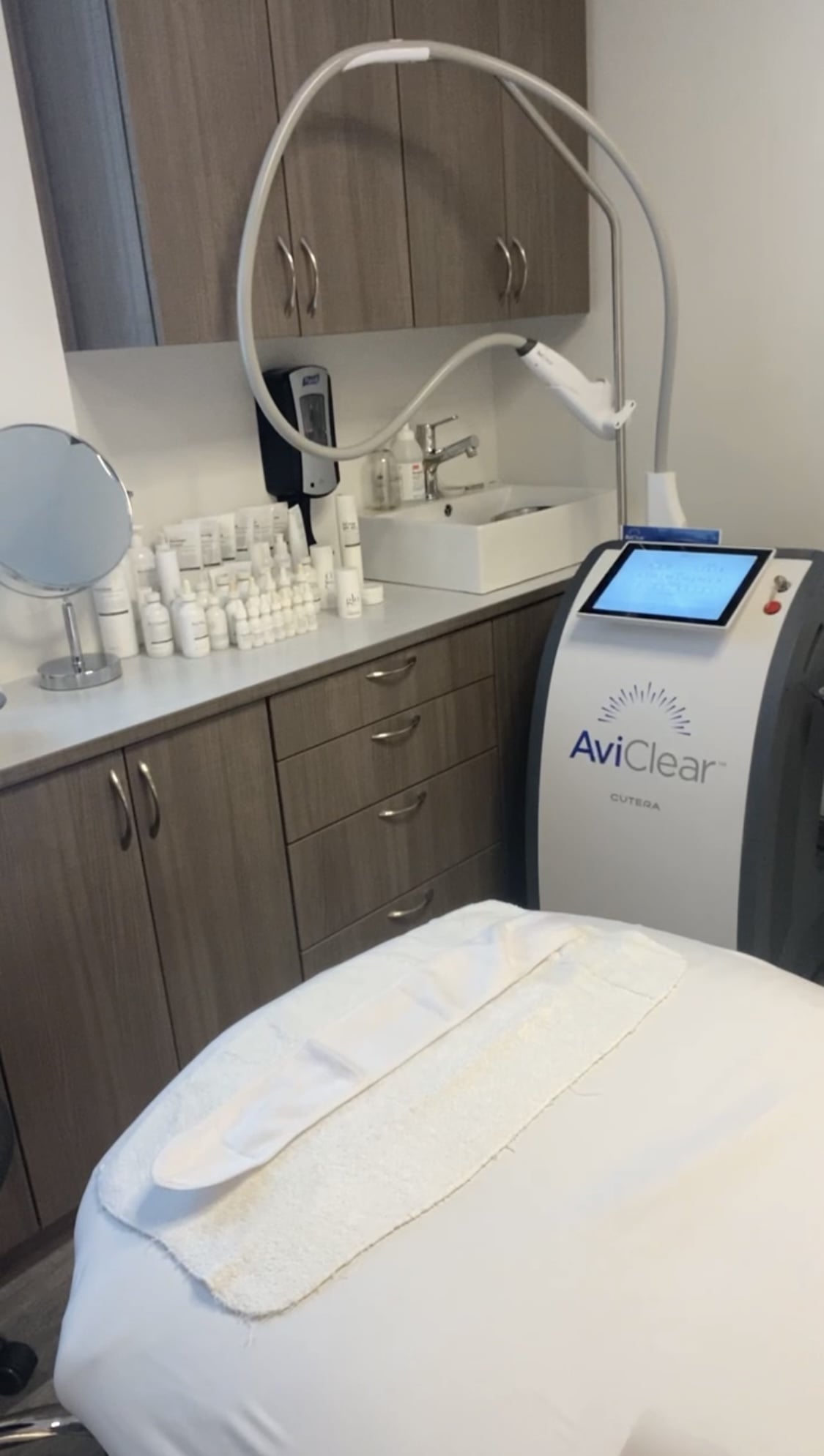 Glazed-Doughnut French Manicures Are the Next Big Nail Trend