THE ”What’s the worst thing a salon has ever done to you?” challenge has taken the social media by storm.

From botched bleach disasters to uneven fringes, we’ve seen it all.

The 29-year-old admits the breakdown was most likely over nothingCredit: TikTok/@thatkfcgirl

But almost none are as bad as this.

”I will never forget this!” – and we’re pretty sure you won’t either.

”After I had a breakdown,” started the Aussie blonde, ”I cut all of my hair off!

Desperate to fix the mess she had just created, the 29-year-old rushed to the local hair salon for an appointment, where the hair stylist had reassured her she’d be able to put in hair extensions.

Despite the very short length, the hair dresser even added the fresh set of extensions would nicely blend in with her natural hair.

Left with no other options, the TikTok beauty sat in the chair, relaxed and put herself – and her hair – in the magic hands of the stylist.

Little did she know that there was no magic done – the stylist charged her and never even showed the back of the hair once the appointment was over.

After she had left the salon with the new hairdo, she quickly realised something was off once the ex-partner had asked if she had seen the back.

”Thank God he was honest!

Disappointed and aghast at what she had just seen – which was way worse than the initial chop – the Aussie dashed back into the salon and addressed the issue with the woman who had messed up her hair.

”She charged me to take them out!

”So not only did I have to pay for the extensions, pay for the hair and pay for them to be taken out – because she thought I could walk around like that!”

”This is SO much worse than I thought!” one viewer expressed her shock.

”Ok but I’m no hairdresser but I’m sure I would have been able to blend that better!” is how another user felt.

Someone else was pretty sure that was a ”hate crime”, whilst a fellow TikToker was beyond confused about the situation: ”Hoe dare she have the audacity to charge you for something she f**ked up?”

Meanwhile, a professional hairdresser reveals all the mistakes clients always make – from how you sit to how you use shampoo.

Plus, hairdresser baffled as client cheekily gives herself extra colour mid-appointment – and people are outraged for her.

On the topic of hair, a professional shares why she only washes her hair every EIGHT weeks – ”it’s mad people shampoo it every day”. 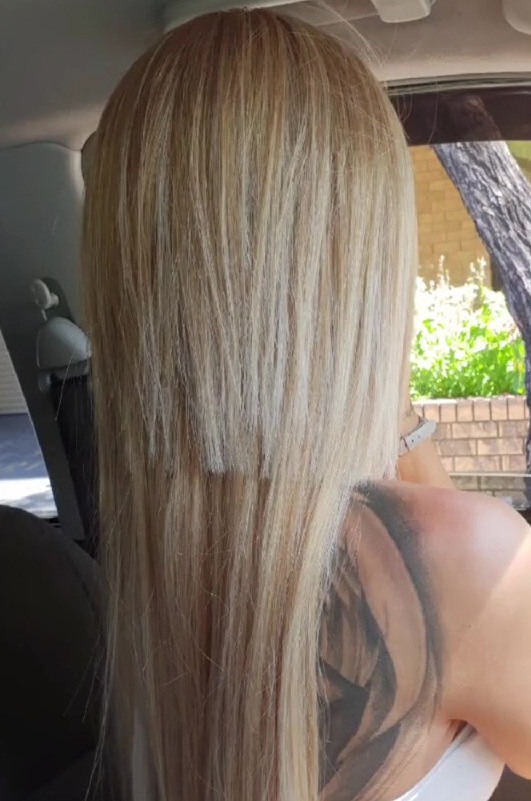 Perhaps the hairdresser was trying to start a new trendCredit: TikTok/@thatkfcgirl 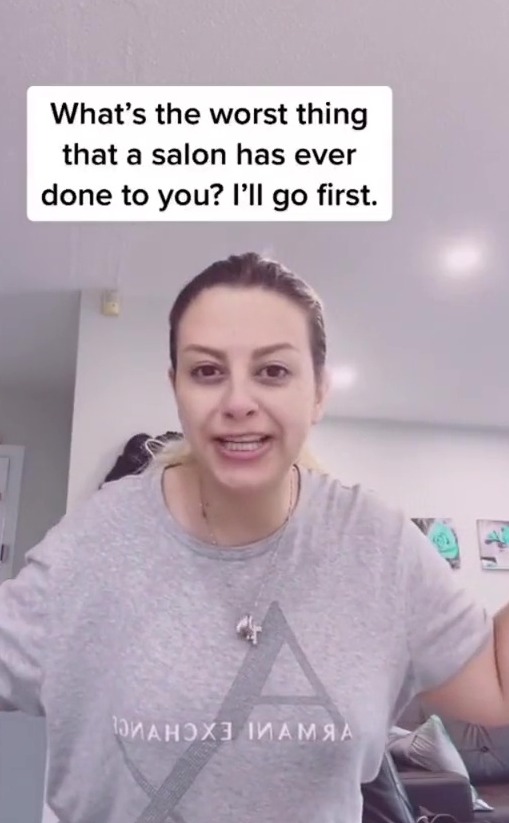 The original video by Athena’s World is just as terrific!Credit: TikTok/@thatkfcgirl

A hairdresser suggested ”dusting” for those who are too attached to their length…But people hate it!