LET’S BE HONEST, we’ve all had some spare hair dye lying around at home and have been tempted to use it.

But one woman has revealed exactly why that isn’t the best idea after she accidentally dyed her eyebrows pink.

Mitra used an old box of hair dye which reacted to her skin and turned her brows pinkCredit: TikTok/@nice.to.mitra 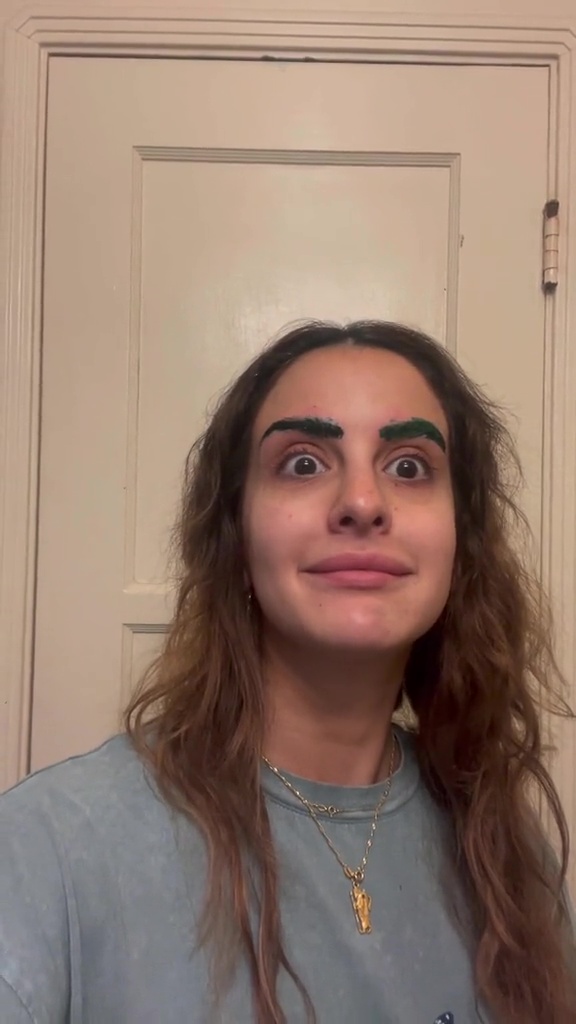 TikTok user, nice.to.mitra, shared the video with her followers where it has been viewed over two million times.

Mitra, who currently lives in LA explained, whilst covering her eyebrows, how she wanted to bleach her eyebrows and then dye them lighter.

Mitra bleached her eyebrows but did not have any brow dye to hand.

Luckily, or so she thought, she remembered she had an old box of black hair dye hanging around.

She said: “Oh this will be fine let me use it.”

She then reveals her eyebrows which had accidentally been dyed a peachy pink colour.

Mitra goes on to say that not only are her eyebrows dyed pink but her skin is also pink and sore from the chemical reaction she got from using the old hair dye.

To try and amend the colour, Mitra uses green food dye to neutralise the pink.

Mitra asks herself: “Is this a bad idea?”

She looks at the camera with a mixture of fear and amusement in her eyes.

After letting the food dye sit for a few minutes, she begins to wash it off.

As she begins to wipe off the dye with a wet flannel, Mitra realises that it has stained her brows which are now bright green.

“I mean the good news is that the pink looks like it is gone.”

After scrubbing at her brows, they look noticeably better but still green.

In another attempt to get rid of the colours, Mitra coats her eyebrows in toothpaste.

Unfortunately, Mitra suffers with a reaction to the hair dye and her skin was irritated and painful.

Mitra writes in a comment: “I’ve dyed them brown so many times, I don’t know why they went pink.

“I burnt them to a crisp, this time my skin was fried.”

The toothpaste did get rid of most of the green dye, and after a few days her skin healed and she was able to dye her brows brown.

Mitra said: “They’re the darkest they have ever been.

“(I’m) So glad I went through all of that.” She notes sarcastically.

In the comments, she goes on to say that she only tried the green food dye as she had an early flight the next day, and wanted them to look ‘normal-ish’.

One user wrote: “You really went from Wanda to Cosmo.” To which Mitra replied: “LMAOOO.”

Another user joked: “This is the human version of the bathroom renovation.”

Other users wanted to make sure Mitra still felt confident after the fiasco, one user commented: “If it makes you feel any better, you are just so naturally beautiful.” 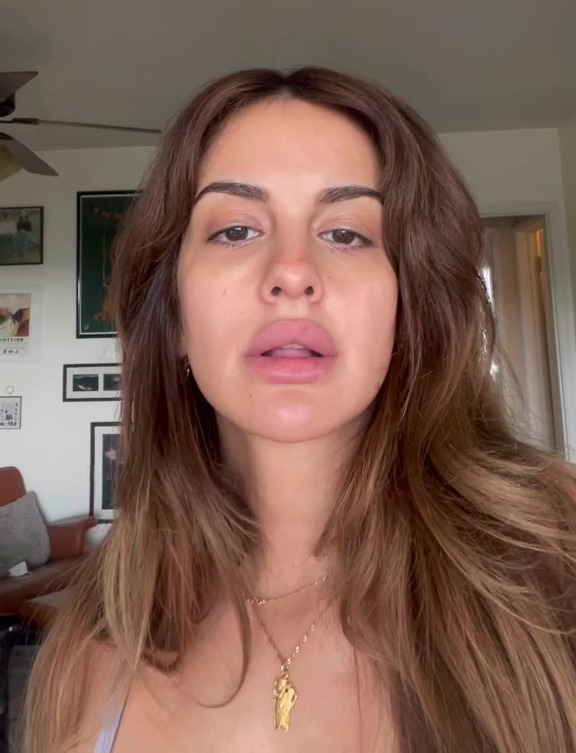 Mitra was able to dye them back to brown and luckily her skin healedCredit: TikTok/@nice.to.mitra

Plus, a woman reveals how a lash technician ruined her lashes and was forced to get them removed the next day, it took her SIX MONTHS to get a refund.

And, a woman’s ‘lipliner hack’ gets savaged online and told it ‘should be illegal’.

Meanwhile, watch this head lice expert remove THOUSANDS of nits from a woman’s head, she thought dying her hair would kill them.