This year’s haircut trends are becoming more daring by the minute, and the latest look going viral is no exception. It’s called the “jellyfish” haircut: a half-short, half-long style that marries the mullet with a bowl cut and is meant to look exactly like — you guessed it — the outline of a jellyfish.

First popularized on TikTok, the hashtag #JellyfishHaircut has gotten over 8.6 million views on the app, with tons of accompanying videos showing that thousands of people have already taken the plunge (pun intended) and gotten the cut for themselves. If you’re curious to learn more, we’re breaking down everything you need to know about the trend here.

What Is the Jellyfish Haircut?

The second “sea animal”-themed hairstyle we’ve seen this year (the first being the popular “octopus” haircut), the jellyfish haircut is on track to be the most eye-catching hairstyle of 2022. A mix between a mullet and a bowl cut, the style is named for its stark resemblance to the shape of a jellyfish. “It’s essentially a version of a mullet that plays on shapes and contrasting lines,” Gregory Patterson, celebrity hairstylist and color and styling expert for Sally Beauty, tells POPSUGAR.

The cut features two different disconnected sections. The top portion sits on the outer layer of hair and looks similar to a bowl cut, typically ending around the middle of the ear, and mimics the bell-shaped body of a jellyfish. The bottom and second part of the cut is a longer inner layer that mimics the tentacles. There are many different iterations of the cut, and the style can be made to be more dramatic with two blunt layers or more subdued with blended layers, depending on your preference. 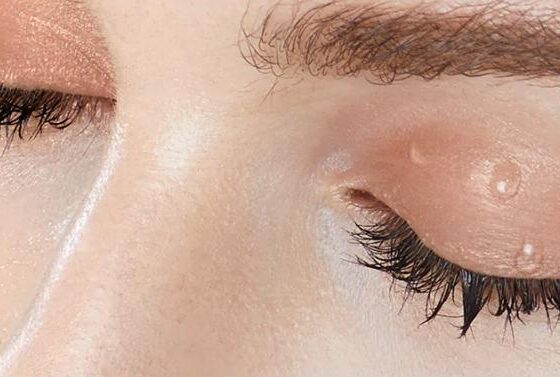