WE CAN all imagine that being a model is hard.

But one American model has broken down on TikTok about the reality of modelling and we are heartbroken for her.

Anna Gantt broke down in tears after casting bosses said she needed to lose weight for a photo shootCredit: TikTok/@annavgantt

Anna Gantt, a model in NYC shared a video to her TikTok account ‘annavgantt’ with the caption ‘Welcome to the reality of modeling in NYC. I’m so crushed.’

She explained what had happened to her at a modelling casting as she revealed that she was told she needed to lose weight for a photo shoot as bosses wanted to ‘see her bones’.

Anna was clearly hurt by what had happened and was in floods of tears in her video.

She said: “These are the days where I f*cking hate being a model.

“Because I am never good enough and I have been modelling since 2014 and I started out as a size 0/2, doing editorial and runway and now I’m a size 4/6 and I’m shit on every day because I’m not a skeleton and I’m not unhealthy anymore.

“I just had a casting and my feelings were hurt by the processor and the casting director.

“I see on TikTok everyone wants to be in fashion, everybody wants to model.

“I’m 5 foot 10, I’m healthy, I suffered with an eating disorder for years and I finally feel confident at my size.

“I’ve gained 35 pounds in the past five years. 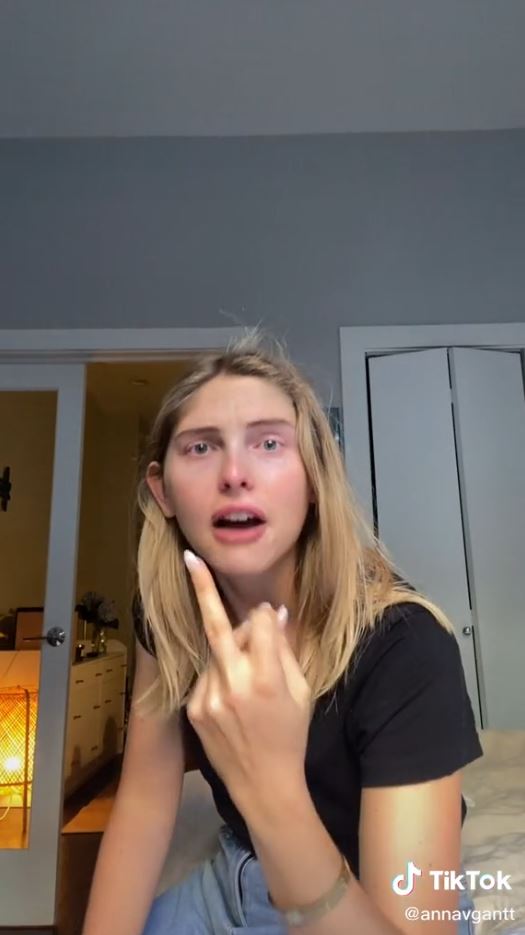 Anna was left frustrated at being too small to be a plus-size model but too big for other modelling shootsCredit: TikTok/@annavgantt

“I am too small for plus-size, I am too big for whatever the f*ck standard size 0/2 is.

“That was like seven years ago that I started modelling, I was very young.

“And I’m telling you out of all the models I have met and worked with on set, it is very rare that being that small is natural.

“And I don’t wish that tht size were the standard because those girls that are naturally that thin, good for them, but I’m tired of casting directors making me and girls who are naturally curvy, like I lost my period,

“And I am not good enough.

“My stomach, what is wrong with it?

“They said ‘you’re not wafey enough, we want to see your bones, the shoot is in early December, you can lose some weight’.

“It’s f*cking 2021 and they are telling me to lose weight for a shoot.

At the time of writing, the TikTok video had only been live for 16 hours, but has quickly gone viral and racked up a whopping 7.7 million views.

Many TikTok users were quick to support Anna and commented their disgust at what she experienced.

One person said: “I am glad that things are being exposed more and more because that definitely needs to change, RIGHT NOW!

Another added: “This is heartbreaking. You are beautiful.”

A third commented: “Girl you are stunning just as you are! Don’t let the darkness of others take away your bright light!”

TikTok star and MUA Mikayla Nogueira said: “This video is incredibly important and I really appreciate your vulnerability in posting this.”

Another model, Abbie Herbet, said: “LITERALLY HAPPENED TO ME! I love you girl. That client doesn’t deserve you!!” 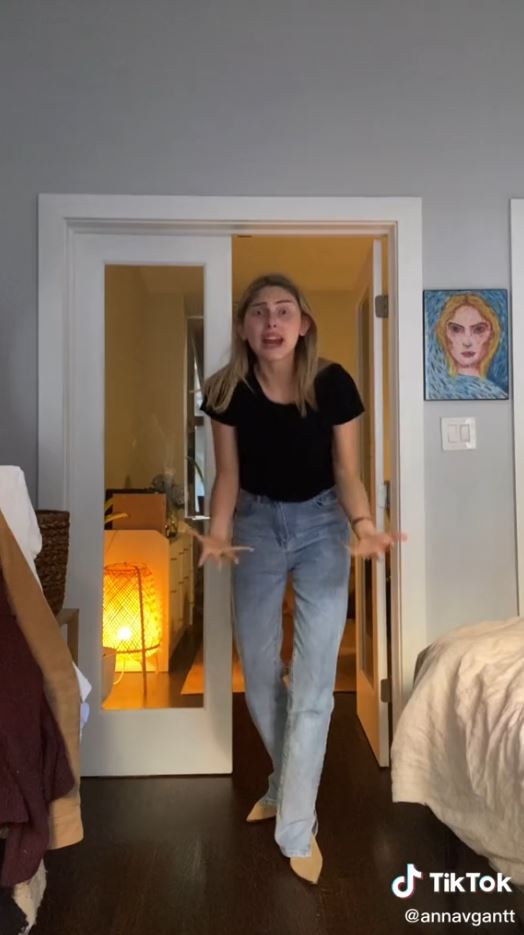 Anna was left fuming but received thousands of messages of support on TikTokCredit: TikTok/@annavgantt

Meanwhile, size 10 woman fuming after she buys ‘large’ leather leggings from Zara and they barely go over her bum.

My brother and I support our parents with our USD 3M OnlyFans jobs and I help him shoot his content, says British model who followed in siblings footsteps