THERE could be a snow storm outside and you can bet we’ll still be fake tanning every inch of our body.

Once we’ve perfected our festive season glow, the final step in our pre-Christmas beauty routine is getting our lashes done.

All Made Up Studio’s lash tech urged people NOT to wear fake tan to their appointmentsCredit: @allmadeupstudio/Tiktok 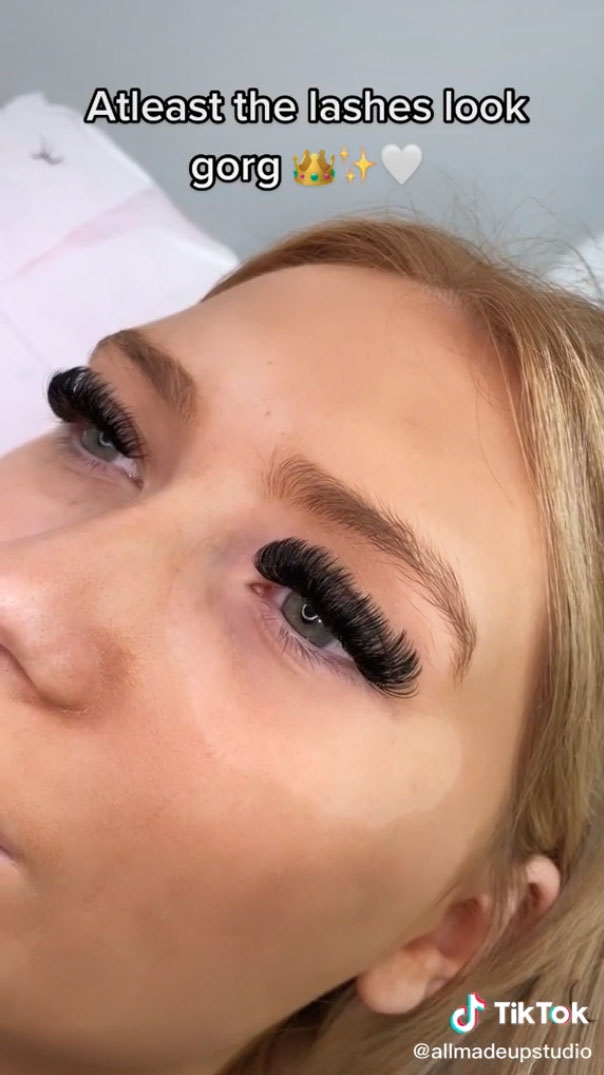 At least the patches will be easy enough to cover with concealerCredit: @allmadeupstudio/Tiktok

But now a lash tech has given us a much-needed head’s up to lay off the fake tan before our appointment – and we’re SO glad she has.

Earlier this month, one of All Made Up Studio’s lash techs filmed a TikTok video where they unveiled the full effect of their stunning lash lift.

However as she peeled off the protective cosmetic pad underneath the client’s eyes, it dawned on the technician that it had completely worn away their fake fan.

In other words, the woman was left with two VERY noticeable lighter patches underneath her fluttery lashes – almost like a reverse panda eye.

The technician wrote: “This is why you don’t wear fake tan to your eyelash appointment.

“At least the lashes look gorg.”

The clip has racked up over 2.5m viewers and beauty fans were grateful for the warning.

One replied: “So glad I saw this before the appointment!”

Speaking from experience, another added: “Made this mistake…”

On the plus side, others said it would be easy enough to cover up the lighter patches with concealer until the woman’s fake fan faded.

For more beauty stories, thos woman was left fuming after botched eyebrow treatment leaves her looking like her brows have been ‘drawn on with a Sharpie’.

And you’ve been washing your face wrong and this is why you NEED to wash your eyebrows.

Plus you’ve been putting your foundation on all wrong – here’s how to banish that ‘fuzzy face’ for good.